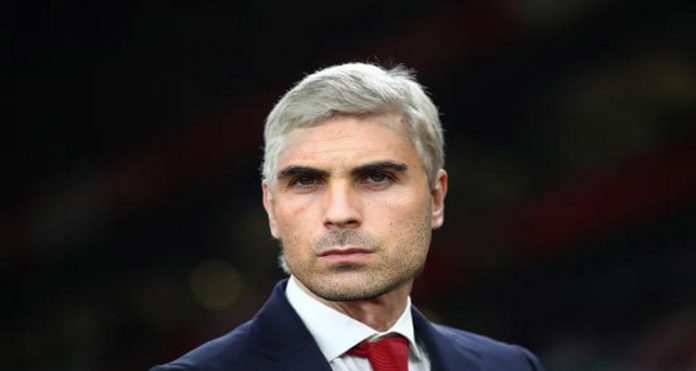 Morning all, happy Friday to you all, and we head into the first weekend of the off-season with the focus still on the possible/probable appointment of Mikel Arteta as Arsenal manager.

From what I understand the Spaniard has been in London most of this week, and has been up and down from Manchester a fair bit over the last few weeks, so it seems as if this is something that has been in motion for a little while now. It’s why, when I see stories suggesting Arsenal are going to talk to Thierry Henry about the job, I wonder why I’m seeing that story.

Maybe, just maybe, Arteta has identified him as someone who might work with him – assistant manager perhaps? But then would Thierry give up his job with Sky to play second fiddle to someone else? I’d be doubtful about that. So, his name being out there provides an appearance of a process when I’m not sure there really has been one.

I also think, and this is just my opinion and based on no concrete evidence, that when we’ve heard stories about Luis Enrique and Max Allegri etc, they’ve been designed to make us think the club are considering other options when in reality they’ve been set on Arteta for some time.

Allegri and Enrique have concerns about a management structure in which they’ve spent their entire careers working in? Do me a favour. I posited some time ago that when Arsene Wenger left, the people calling the shots would want to appoint somebody who ensured that the balance of power swung very firmly in their direction. A big-name manager doesn’t do that, and as yet Arteta is not a big-name manager. He’s not a manager at all actually, which I do think is a key factor in this.

Like Tim Stillman in his latest column, I don’t view Arteta as a yes man. From everything I hear about him, he’s a single-minded, strong character – not always a pleasant one either – and won’t be dominated by the likes of Ivan Gazidis. However, there’s no doubt he doesn’t have the pull a more experienced man would have, while another consideration is the cost and it’s hard to escape that as part of the decision making process.

If you hire Enrique or Allegri you’ve got to pay them, and their staff, the kind of salaries their stature merits. If things you wrong, you also have to pay them off, and that could be a considerable outlay. The wildly optimistic counter-point to this is that the money we might save on paying a high profile manager could go into boosting the squad in the transfer market but I’m sure you’ll understand if I take that one with a hefty pinch of salt. And by pinch I mean truckload. A convoy of trucks. On an aircraft carrier with a special compartment for salt trucks.

Still, whatever the rationale – cheapness, madness or, dare we say it, a forward thinking commitment to an up and coming coach who could bring freshness and energy to the team – Arteta was given the backing of the man he could potentially replace, Arsene Wenger. In an interview with beIN Sport, he said of his former captain’s suitability:

He has all the qualities to do the job, yes and I think as well he is one of the favourites. He was a leader, and he has a good passion for the game and he knows the club well, he knows what is important at the club and he was captain of the club. Why Not?

The Frenchman doesn’t seem to think the lack of experience is an issue, pointing to the likes of Steve Bould and Jens Lehmann who might make up part of his backroom staff (although I suspect the former will decide against that), and everybody’s gotta start somewhere, I suppose. Like many I have an underlying sense that this decision is a bit mental but at the same time there’s an undercurrent of excitement about it all because at the very least it’s different and new.

Quite when we’ll find out one way or the other remains to be seen. At this point it looks like it could be next week, but we got a surprise when the Wenger announcement was made, so who knows?

Meanwhile, the soon to be former manager who I guess is technically still manager, said he still hasn’t cleared out his office out and isn’t sure what he’s going to do next:

I haven’t even emptied my desk yet and in a way I am still in a state of shock. I am going to give myself until June 14, the day the World Cup begins, to decide. The question is do I still want to coach, to be on the bench, or is it time to take up different functions? The one thing I can say for sure is that I will continue to work.

It’s interesting to hear him use the word ‘suffer’, and it’s not the first time he’s used it either. I think it sums up a part of the job very well. You prepare, you coach, you pick your team, and then you have to watch somewhat helplessly from the sideline as 11 millionaires run around make mistakes like twats. It must be hard to deal with.

Yet that suffering is the flip-side of what makes the job an addiction, I’d say. When things go right, when you win, when you succeed and lift trophies, it must make all that other stuff fade away. I’m curious to see what Arsene does. He can only be a short-term manager now, which might alter the way he does the job if he gets on board with another team, and that in itself will be interesting to see.

Finally for today, the transfer shenanigans are starting early, and the BIG news this morning is that Japanese striker Takuma Asano will spend next season on loan at Hannover 96. That’s one that’s going to dominate the social media discussion today, for sure.

For now though, I’ll leave you with a brand new Arsecast, discussing Wenger, Arteta, Gazidis, Raul, Sven and lots more, check it out below: