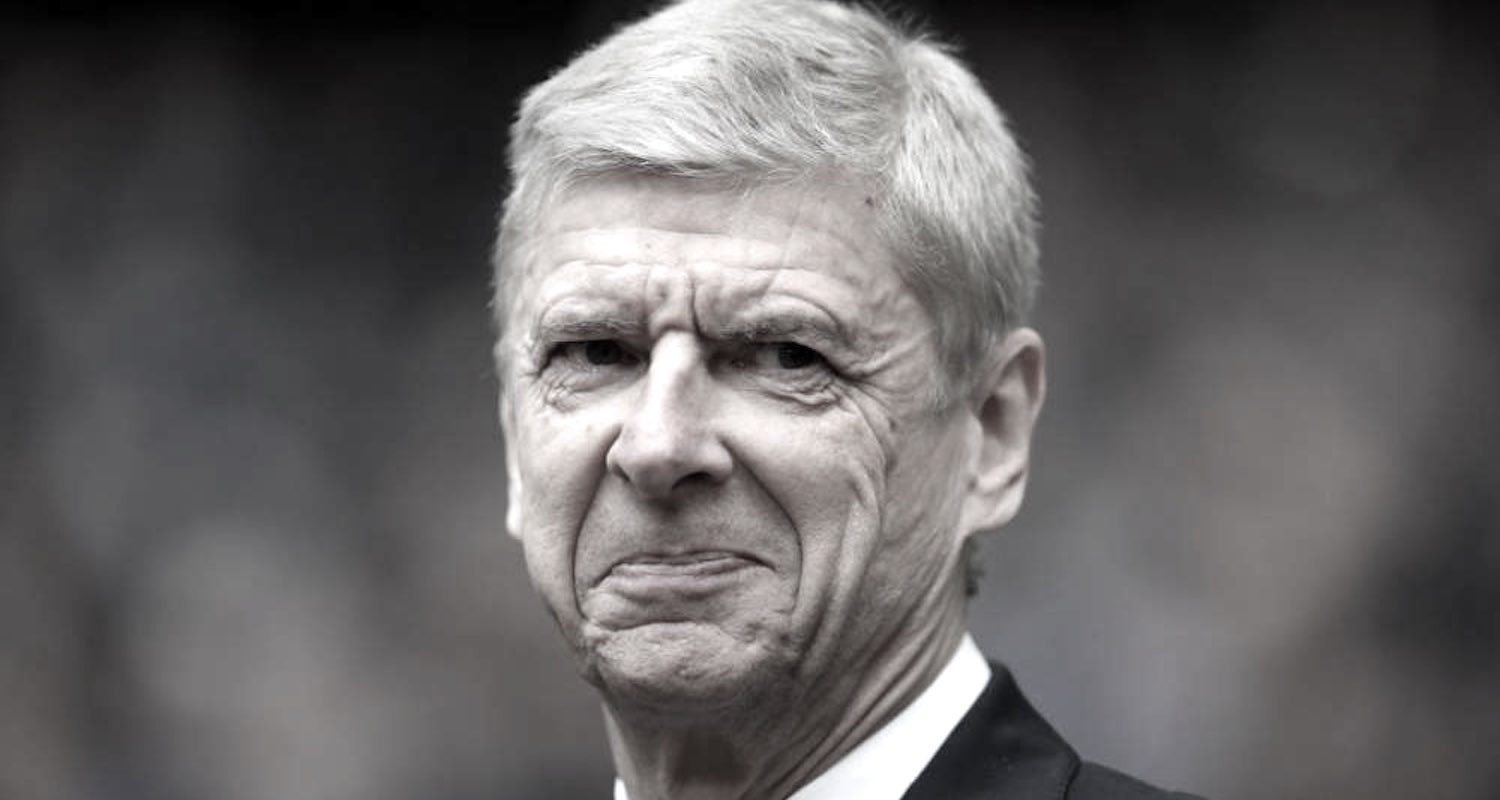 Arsene Wenger’s team for his first game in charge in October 1996. Fast forward (slow forward?) to now, and today’s line-up will also become a pub quiz question. I’m going to see if I can predict it.

Let’s see how many I get right. Also, Cazorla. I know Arsene Wenger said it was ‘too risky‘ but football is about dreams and surprises and even if it’s just 60 seconds at the end so he can get a reception and a chance to pull on the shirt one more time, I think we’d all love to see it.

That’s my wildcard though, I don’t really think it will happen but you have to have some romanticism. Arsene Wenger has had that down the years at Arsenal, particularly in that period after we moved to the new stadium and he tried to build that young team. His idea of collectivism, learning together, growing together, developing together and ultimately winning together didn’t quite come to fruition.

I often wonder if one or two things had gone a different way how the Wenger story might have gone. The 2007-08 season when Eduardo’s injury had such an impact, but also injuries to Bacary Sagna and Mathieu Flamini played a part as we fell away and United won a title that we should have.

2011 when the trophy drought stuff was in full effect and we played Stoke a week after beating Barcelona 2-1 at the Emirates. Sebastian Squillaci scored the goal, but Cesc Fabregas went off with a hamstring injury and then missed the Carling Cup final against Birmingham that Sunday. With him I think we’d have won that game, and perhaps that might have changed the trajectory too.

It’s IFs and BUTs though, those things didn’t happen, and they’re as much part of the Arsene Wenger story as everything else. I’ve often thought back to 1980 as season which, unwittingly to me at the time, provided me with some real education as a football fan. My first vivid memory of Arsenal is 1979 and the FA Cup final. That was wonderful, one of the most famous finals ever, with one of the most incredible endings ever.

When you’re 8 years of age it’s easy to think that all finals will be like that, and it’s easy to assume that Arsenal, just because they’re Arsenal, will succeed. A year later we lost the FA Cup final to second division West Ham, lost the Cup Winners Cup final on penalties to Valencia, and then Liam Brady left to go to Juventus.

As a young Irish kid living in England, Brady was my idol. I never saw him play on anything other than the TV, but I knew he was a special player, and the Irish connection to Arsenal made him even more so. So, in that short period of time, we lost two finals and my favourite player and I suppose I was heartbroken, but then come August there was a new season and off we go again.

It gives you some grounding, I think. I often wonder if some of the frustration of the Wenger era comes because the expectations were so high. He set a remarkably high standard from day one, and the first 10 years of his reign we littered with trophies and achievements. As he famously said himself, “If you eat caviar every day it’s difficult to return to sausages.”

Personally, I much prefer a sausage party to a caviar one, but we know what he means. There’s been some sausage in recent years, but also some caviar too. This insistence on downplaying the FA Cup wins is bizarre to me. There’s a demand to win trophies and when we win them they’re not good enough. I had amazing days out at Wembley with my mates and I watched us win three finals. If that’s not something you can enjoy, I think you might need a new pastime.

The point I think I’m trying to make though, is that anyone who has known Arsenal only through the Wenger era has experienced the ups and downs. Winning things, losing things, seeing your favourite player leave, all of it. More than once. Perhaps – and I say that guardedly – it will be a benefit to the new manager or coach, as people will understand that 100% success 100% of the time is simply not possible.

There are always a few who set unrealistic expectations, and I’m sure there are some out there who see Wenger as the only obstacle to a title win or a Champions League triumph. The idea that his departure alone will usher in a new era of success is fanciful to say the least, there’s a lot more to it than that, but I hope when we move into the post-Arsene era, there’s understanding and patience about how tough a job it really is.

Speaking of which, this Thierry Henry video is really well worth a watch.

I found it very strange last week that people focused on his absence from the Burnley game. He wasn’t there, so what? The day was about Arsene Wenger, not anyone else, and it was a great day out so why worry about something as irrelevant as that? Anyway, he talks really well here about the manager, and also about the way managers are viewed by players and fans.

Finally for today, it was great to chat to Donald McRae of the Guardian about Arsene Wenger. Andrew Allen and I spoke to him about the 22 years, the ups and downs, highs and lows, and what comes next. You can read that here.

It’s going to be strange to think about Arsenal without Arsene, but from tomorrow that’s what we’ve got to do. For now, however, we’ve got one more game, let’s hope the team can provide him a fitting send off, and we can discuss it all tomorrow here on the blog and on the podcast too.

Have a good one, and enjoy it wherever you are today.