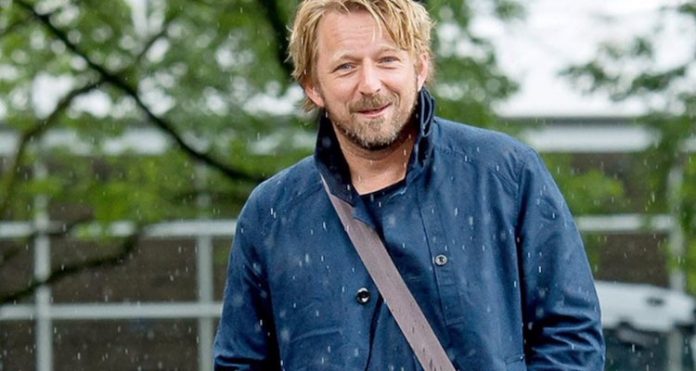 A very good and early Monday morning to you. I am writing this blog in my kitchen as the puppy decides that her favourite thing in the world to eat is soil and has used the kitchen floor as a plate for her soilstravaganza.

The appointment of Mikel Arteta is set to take place ‘this week’, according to reports, as the move into a new era continues. The more we hear, and the more I talk to people, the more it seems clear that Arteta was the number one choice and stories regarding other candidates were little more than media frippery designed to make us think they were considering anyone else.

In one way I suppose you have to say having a clear idea of who you want is a good thing, because uncertainty has beset this club for so long now. The ‘Will he? Won’t he?’ saga involving Arsene Wenger last season was hugely destabilising, so having real clarity about what we want to do and who we want to do it has got to be seen as a positive.

That doesn’t mean reservations about a manager who has never managed go away, but I’ve often felt we’ve had an air of making it up as we go along, and that’s not the case here. What will be interesting, on top of the Arteta appointment itself, is who else he is going to bring into the club as his staff.

We’ve heard about how Steve Bould has been given the chance to stay, but surely a new manager would want his own assistant to come along with him. I don’t know if the dynamic of former player becoming boss and working with someone who was his senior for so many years really works, so I’m sure the Spaniard will have his own man. Rumours over the weekend mentioned his mate Xabi Alonso, a smart guy with good musical taste, after that it’s hard to know what to make of him as a coach/assistant.

We know that there have been a number of departures from the coaching side of things as well. Neil Banfield and Gerry Peyton have gone so there’s a need for a first team coach and a goalkeeping coach – the latter being long, long overdue. Whether those will be club decisions, Arteta decisions, or a combination of both remains to be seen, but it adds another layer of interest to the situation.

I read over the weekend how Arteta also wants a real say in transfers which, of course, makes a lot of sense. There’s no point bringing in a manager and handing him a group of players who, perhaps, don’t allow him to play football the way he wants to play it. Although Arteta knows many of the current squad very well, it’s going to take him time to decide who fits the bill for him and who does not.

I think the first season will be one in which some patience is required as he figures that out. The squad deficiencies right now are fairly obvious. Midfield needs a real boost of quality and grit; our central defensive options could definitely be improved; we need to add a right back as cover/competition for Hector Bellerin; and if we go through the summer without buying a goalkeeper it would basically be a dereliction of duty.

How closely he’ll be involved in that process is yet another thing we’ll have to wait and see, but he’ll have his targets and we now have the structure in place to make deals happen much more efficiently than before. Then you ask, how much risk are we willing to take in the market or in identifying players?

I can’t be alone in hoping we get more from Sven Mislintat than frequent returns to Borussia Dortmund. We’ve been strongly linked with a move for centre-half Sokratis Papastathopoulos. Experienced? Yes. Underwhelming? Somewhat. But maybe needs must. After Henrikh Mkhitaryan and Pierre-Emerick Aubameyang, it would be a fairly ‘safe’ pick, go back to what you know etc, but hopefully we’ve got more up our sleeves.

Whatever happens though, it’s all going to be new and different and fresh, and that in itself makes things pretty exciting. With all this going on, a World Cup, and all the rest, I think we’re in for a pretty fill on summer.

Right, I have now swapped my kitchen for the Dublin airport, I’m heading for London this morning as we’ve got a live Arsecast Extra this evening in Union Chapel later on, so those of you who have tickets, I’ll see you there. That podcast will be recorded and available to everyone first thing Tuesday morning.

Catch some of you later, more here tomorrow.