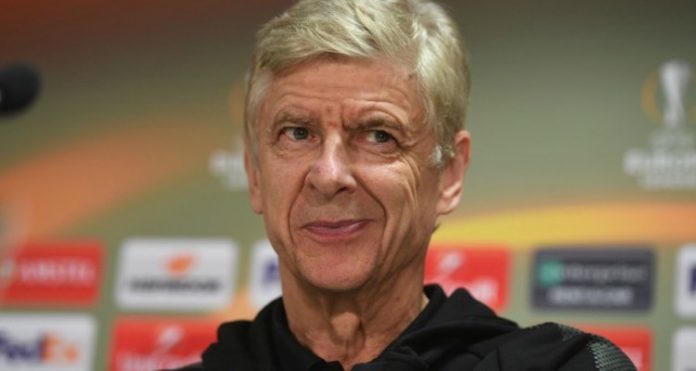 Arsenal have seven games left on the fixture list for this season. There could be eight, but that obviously depends what happens in the semi-final against Atletico Madrid. If we come through that successfully, our final match would be the Europa League final against either Marseille or Energy Drink Salzburg.

What does it mean for the rest of the games though. How are we going to approach them? What will the interest level be? I thought I’d take a look this morning.

Likely scenario: Arsene Wenger won’t risk any of his key men ahead of Atletico’s visit to London on Thursday. That means a team not too dissimilar to the one we saw against Newcastle last weekend, with a few players being given a chance to maintain a level of match fitness while keeping fingers crossed we don’t pick up any injuries.

Ideal scenario: Arsenal’s home form has been strong this season, and despite a sparse crowd and an early Andy Carroll goal after Mustafi nutmegs Cech with a Lee Dixon-esque backpass from 35 yards to give the striker a tap-in, we fight back to win and make David Moyes even more downcast looking than usual.

West Ham fans go mental and go after the two directors like the kids from Lord of the Flies, ready to burn them in ritual sacrifice.

Likely scenario: With a trip to Spain to follow the hard-fought 2-2 draw in the first game, the manager will undoubtedly rotate the absolute bollix out of his squad. Delving deep into the academy for some of our most talented double-barrelled youths, we’ll see Ainsley Maitland-Niles, Emile Smith-Rowe and Aubrey Bison-Dangerfield take to the field at Old Trafford against the strongest side Jose Mourinho can put out (Pogba’s on the bench). We’ll probably get a pasting.

Ideal scenario: Somehow the Arsenal kids are still in it in the 79th minute but disaster strikes when Jesse Lingard scores. However, so repulsive is his dancing celebration that something stirs deep within these young Gunners and they hit back immediately with a goal from Carlos Carlos-Carlitos, who has added some Guatemalan heat to the left wing, and in the final minute we’re awarded a penalty when local lad Stormzy Daniels is brought down in the box by substitute Pogba.

Irish youth international Declan Jazzhorn-Magee steps up, puts it away, and as the final whistle goes Mourinho runs onto the pitch with an iron bar his assistant manager keeps hidden in his tracksuit to attempt to beat Pogba with. He misses, Pogba lays him out, and Old Trafford is united in song from all sides.

Likely scenario: Again, Wenger has to rest players after the gruelling penalty shoot-out win in Madrid which saw Petr Cech save three spot kicks with his helmet. The players are banjaxed though, and again it’s a fringe team which is asked to go out and play for the prestigious sixth place trophy.

Alex Iwobi has the game of his life, which proves to be very timely after Mesut Ozil is ruled out of the rest of the season – and the final – with a calf strain.

Ideal scenario: As is the custom when we play Burnley, some kind of late drama ensues which sees them come off the worst of a terrible, or at least contentious decision. From the sidelines Sean Dyche’s roars of anguish and exasperation reverberate to the very core of the planet, and in a butterfly effect type thing set up a volcano somewhere on the other side of the world from which emerges a cloud of smoke and earth guts which takes years to clear and which devastates the natural world.

Dyche does not mind. This was all written in the prophecy. He continues to bide his time.

Likely scenario: The manager decides that in order to have Aaron Ramsey at his sharpest for the final against Salzburg, he needs to play a bit. In the third minute his hamstring literally tears off his leg, he leaves the field on a stretcher and he is not seen again for the best part of six months (still no contract signed).

Former targets Jamie Vardy and Riyadh Mahrez play out of their skins, scoring and assisting for each other with gay abandon. There are many headlines in the paper the next day about how they could have been Arsenal players, and some ‘think’ pieces about the way the club conducts its transfer business.

A late consolation goal from Pierre-Emerick Aubameyang is some small comfort, but when he lands on Granit Xhaka in the course of his flip celebration, and smashes the Swiss international’s knee, everyone is aghast.

Except Mohamed Elneny who posts a picture of himself on crutches saying ‘Come with me to World Cup Russia my friend Xhaka … ooops lol ?????’.

It becomes the most re-Tweeted Tweet of all time.

Likely scenario: In order to minimise any risk to absolutely anyone ahead of the final, Arsenal send out of a team consisting of Vik Akers, the club photographers, Gunnersaurus and some unlucky people from the marketing department who, after failing to clinch a deal with a company to become our official washing machine repairman partner in Luxembourg, are made to play in the game as punishment.

Stuart MacFarlane puts us ahead but David Price is sent off for leaving the field to take pictures of his celebration, and when the referee discovers what Akers is hiding in his shorts the match is abandoned and Huddersfield are awarded a 3-0 win.

Thankfully, Burnley’s final day defeat to Bournemouth means we stay in sixth and don’t have to begin pre-season in early June with a pre-pre-pre-pre-pre-pre-qualifying round for the Europa League.

Which leads us to Lyon … but you’ll have to tune in or turn up to see what happens there.

Wenger press conference this morning, team news and the rest on Arseblog News throughout the day, Arsecast tomorrow. Until then, have a good one.