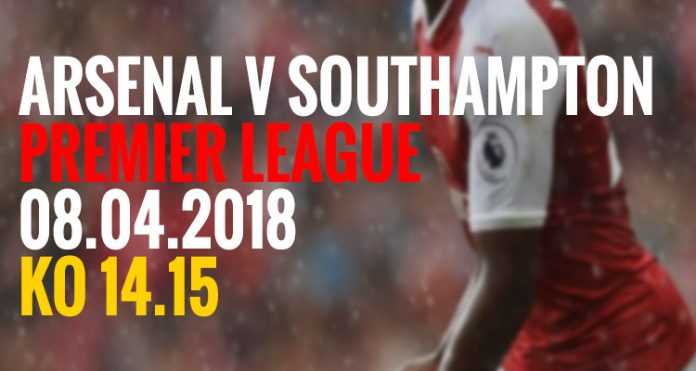 Arsenal take on Southampton at the Emirates today for a game that means very little in Premier League terms, but after five wins in a row it means something for our current form and rhythm.

At this point I suspect the players, as much as the fans, have compartmentalised our season and know that defeat in the league isn’t going to have a huge effect on what we do in Europe, but all the same it’d be good to keep things going the way they have been in recent weeks.

When you look at our last four home games, you can see something of a pattern:

It shows that we’re back in the goals and we’ve found a way to make ourselves offensively potent again. It’s been a drawback this season, because while defensive issues are par for the course if you’re an Arsenal fan, they have at least usually been offset by an attack that works.

This season, however, we’ve been ponderous, lacked incision and efficiency, and at times looked a long way from the kind of sides we’ve seen in the past. It’s too easy to say that the departure of Alexis Sanchez is the reason for it, because we were rubbish in a lot of the games following his move to Manchester, but whatever it is we seem have found some balance of late and it’s working.

Today, of course, we’ll have to try and do the same with side that is probably going to look quite different from the one we saw on Thursday. I imagine Arsene Wenger is going to rotate quite a bit, ensuring key men are kept fresh for Europe, as well as playing it safe in terms of injuries.

We’re already without Henrikh Mkhitaryan who could miss the rest of the season, so today will be a chance for Danny Welbeck and/or Alex Iwobi to come in and hopefully find some of the form that has evaded them all season. Rob Holding and Calum Chambers could play at the back along with Sead Kolasinac, while Ainsley Maitland-Niles could fill in for Hector Bellerin if he’s fit.

We’re not replete with great depth in the centre of midfield so I’m curious to see what he might do there beyond handing a start to Mohamed Elneny. Could Joe Willock get a start? We know Pierre-Emerick Aubameyang will start up front as he can’t play in Europe anyway, and maybe there’ll be room on the bench for someone like Reiss Nelson.

The other consideration is goalkeeper. With David Ospina out injured, any setback involving Petr Cech would see us go into the second leg against CSKA, and possibly beyond, without a senior keeper, so if that’s a concern to Arsene Wenger he could conceivably hand a Premier League debut to Matt Macey. I suspect he’ll bank on Cech getting through the game ok, but it’s definitely something I’d be thinking about if it were up to me (which, thankfully, it’s not).

It might feel like a game which means little but, and I know we’ve said this before, for the players given the nod today there really should be something at stake. There’s a European campaign ongoing, and as the Mkhitaryan injury shows, doors can be opened for someone on the fringes, so a good display when you are given a chance could prove really beneficial in that regard.

Anyway, I’ve been enjoying this whole winning games and not playing like drunken moose thing, so I hope we can continue that again today. There was some pleasure to be gained from beating Stoke last weekend because of the history we’ve had with them, so if today is simply about making Mark Hughes unhappy, then I’m on board for that too.

As ever you can join us for a live blog, as well as all the pre and post-match stuff on Arseblog News.