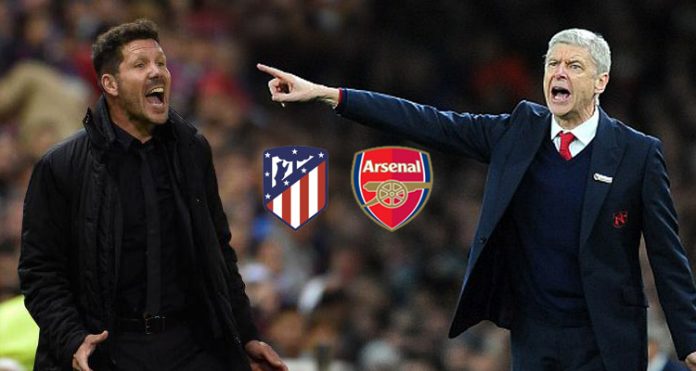 You often hear about how the modern football boot, with its lightweight manufacturing method, doesn’t offer enough protection to footballers and is routinely blamed when a player picks up a foot injury. Well, let me tell you boots these days do not offer any protection to the middle-aged 5-a-side player either.

Like when the pass to put you through on goal is just a little heavy and your only choice is to toe-bog it between the keeper’s legs and you think ‘Hurrah, I’ve scored’ and then you have to sit down because your toe feels like someone set it on fire, which isn’t the case, in fact your toenail bent in half and that’s what’s causing the searing agony. Is any goal worth that? Well, yes, yes it is, especially when you nutmeg the keeper who is your mate with a toe-bog, but still.

Today’s mission: find a pair of Astro boots that have a steel toe-cap, like some footballing George Webbs (there’s an obscure reference that will definitely resonate with just a few readers this morning), so I can avoid this kind of thing happening ever again.

Anyway, back in the Arsenal world the draw for the semi-finals of the Europa League was made and we got Atletico Madrid. Bring it on, I say. I say this fully cognisant of their quality and our weaknesses, but watching the Champions League this week and last, seeing the excitement and atmosphere of big games, with big teams, big players and all the rest, it was hard not to feel a little envious that we weren’t involved.

So, Arsenal v Atletico Madrid is our version of that, and I’m all for it. Could it have been an easier draw? Sure, they’re the best team in this competition right now, and we’ve seen them over the last few years under Diego Simeone do amazing things. But what’s the point in complaining about it? When you get to the semi-finals of a European competition chances are you’re going to face a good side, and that’s where we are.

It is going to be very difficult but maybe, just maybe, this team can leave Simeone as metaphorically bloodied as Gilles Grimandi literally did way back in our Champions League past. 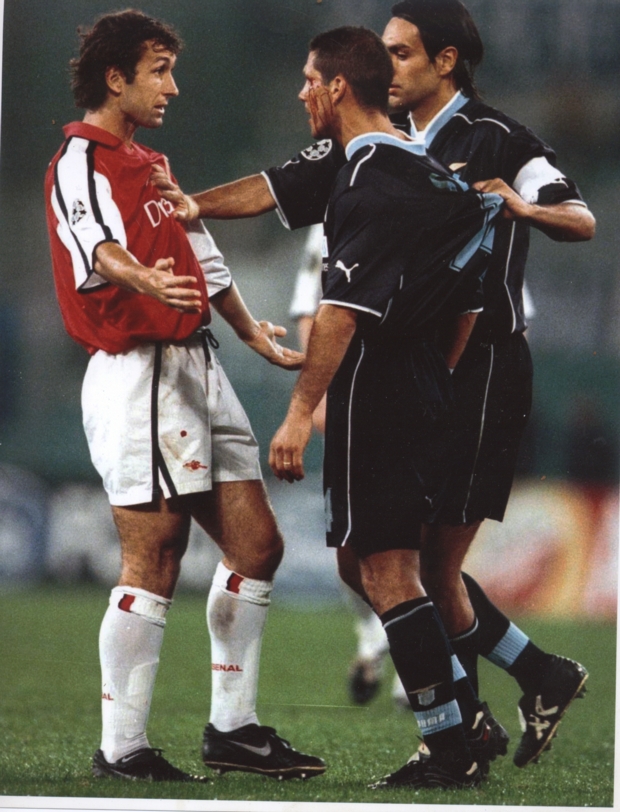 “What me, elbow you in the head while nobody was looking? Zut alors, I resent the implication that I would do such a thing. Just ask Pep Guardiola who I also elbowed in the head and got sent off at the Nou Camp but then Arsenal in yellow with white shorts got a goal through Kanu and Davor Suker was involved and the Barcelona fans hated him because he was a former Real Madrid player and the whistles were like a glorious symphony as we celebrated the goal. What was I saying again? Oh yeah, it wasn’t me. It was Overmars, he’s a sneaky little bollix, take it up with him.”

There are all kinds of angles to this game, not simply the fact it’s second in La Liga versus sixth in the Premier League, and amazingly it’ll be the first competitive fixture between the two sides. There’s Simeone – someone many would like to see at Arsenal but it’ll never happen for all kinds of reasons – versus Wenger. It’s Diego Costa, the massive bastard, against Rob Holding. And all the other players. And all the Arsenal fans.

And at the end of two legs there’s a European final, and if all that can’t get people excited and up for it, then I don’t know what will. Most of this season has been dull and so achingly familiar. We’ve been there, done that, worn the t-shirt, taken the t-shirt off, put it in the wash, worn it again, and we’re still wearing it despite the fact it’s falling apart.

This is different. This is something else. We haven’t had a European semi-final since 2009, almost ten years ago now. Despite Arsenal’s great past, we do not have a great history of European success – just two trophies to show for it, so this is a chance to make a bit of history. And that history is borne out of success.

Everyone demands that we win things, we hear that trophies are what it’s all about (debatable, but that’s for another day), and there’s no question that having something tangible to show for your season’s work is a wonderful thing. Remember how good 2014 felt when we broke that trophy drought? Remember how amazing it was to beat Chelsea in 2017, when we were the underdogs and the league champions were highly tipped to do the double?

This is that on a different scale, and I can’t wait for it. Maybe, after the fact, I’ll be disappointed, but maybe I won’t be. And even so, I’d much rather we were involved in a tie like this than not. It’s something to look forward to in a season which has delivered much less than we hoped, can Wenger mastermind a kind of redemption? We’ll find out soon enough.

Right, that’s your lot for this morning. We’ll have a preview of the Newcastle game and all the rest tomorrow. Until then, have a good Saturday.

And don’t forget to check out yesterday’s Arsecast here.

Arsenal 1-1 Atletico Madrid: Gunners self-destruct as they fail to make the most of a great opportunity