Home Columnists Arsene Who? What Wenger means to My Generation 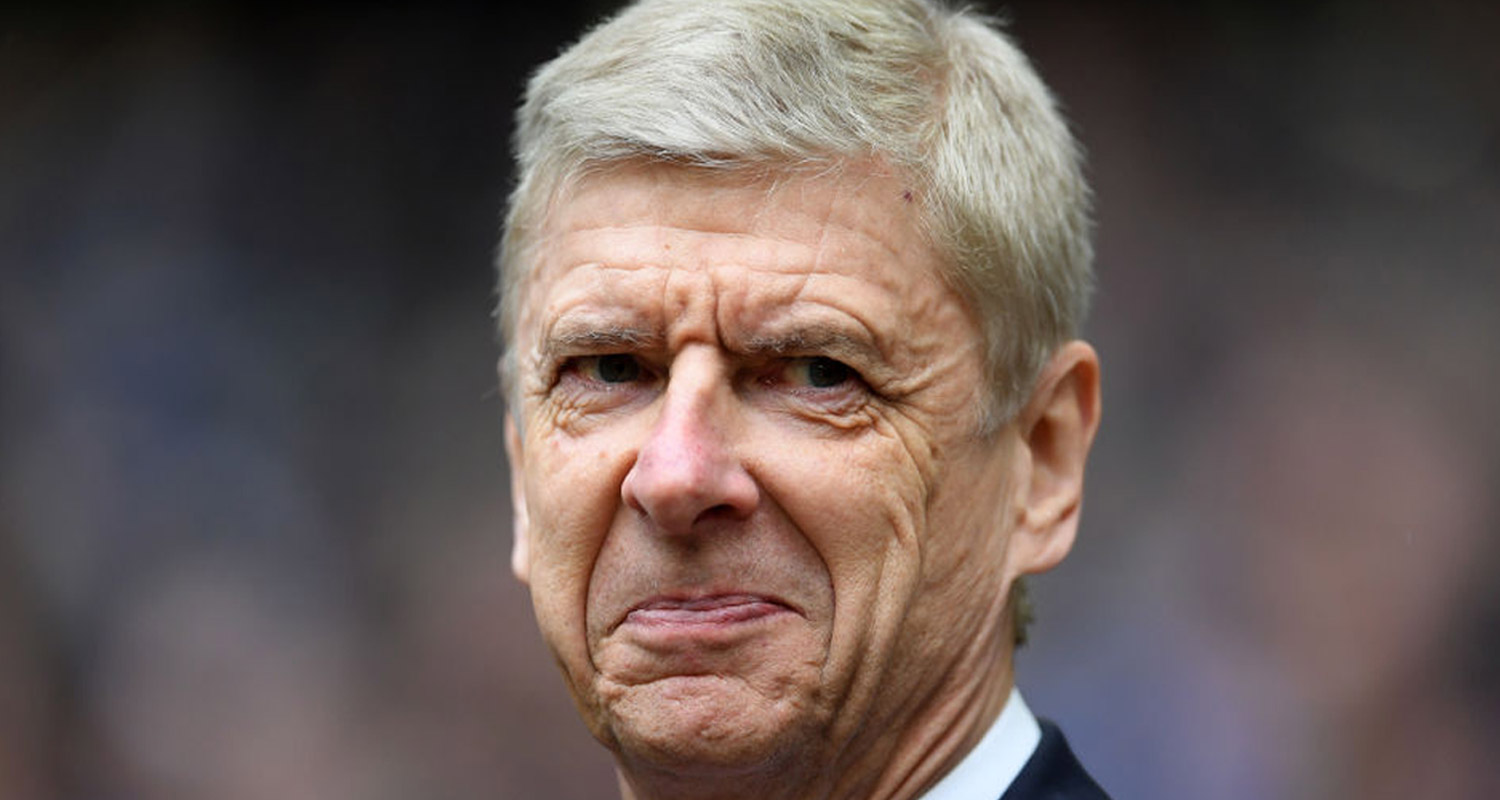 Lewis Ambrose reflects on a lifetime as an Arsenal fan with just one manager – Arsene Wenger. Follow Lewis @LGAmbrose.

I don’t think it’s unusual to be in your mid-20s and feel like your generation – your views, experiences, perspectives – are not particularly well represented.

Sometimes that’s true, sometimes it isn’t. With regards to Arsene Wenger’s Arsenal reign I think we are a little forgotten. We are old enough to remember his early success. For many the first decade will be the reason they became Arsenal fans, especially as the Premier League grew around the world. We are old enough to evaluate how well he’s performed. And we can be so inexperienced in life that we have little else to measure our relationship with him and his Arsenal against.

I don’t want to speak for an entire generation, nobody can do that, but I can speak for myself and I think my thoughts on Wenger’s career and his farewell will resonate with many whose Arsenal timeline shares similarities with my own.

For a lot of us, Arsene Wenger and Arsenal are inseparable. The two will soon go their separate ways, though even those paths have been defined by the impact one has had on the other. Last Friday is a day I knew would arrive in the near future but one that I wasn’t prepared for, one that I could never have been prepared for. Writing about this is difficult for me. I don’t tend to write particularly emotional or personal pieces and when it comes to football I prefer to sit back and apply context, statistics, and recognise patterns. I think those things help create a more objective point of view and I believe that’s valuable.

My relationship with Arsenal has lasted (and will last) my entire life. My first game at Highbury came shortly before my fourth birthday. Arsene Wenger had already spent 18 months in the East Stand dugout. The upcoming summer and the season to follow it begin the start of something completely new, a charge into the unknown. That in itself isn’t a reason to be afraid, clubs change managers all the time. But few change managers after 22 years, after their entire lifetimes or at least their entire life as a fan.

I don’t know how my relationship with Arsenal will change, but I do know that it will, because it simply can’t be the same again. Arsene Wenger as Arsenal manager is the only thing in life that remains from my childhood. It has defined my relationship with Arsenal and with football. I would go as far as to say that Wenger’s constancy is the central component in the relationships I have with my dad, my brother, and some of my closest friends. Everything I know and feel about Arsenal is about an Arsenal built in Arsene Wenger’s image.

The overwhelming majority of my most prominent childhood memories have Arsenal at the heart of them: cup final days, any time we played Manchester United, derbies, big European nights. Those events have come and gone, the importance of each has fluctuated down the years, but Arsene Wenger was always there. He was there with my dad and I as we read his programme notes before the game and he was there at full-time when we clung on to every word of his post-match interviews. Whether the 90 minutes ended in celebration or despair, we waited for Arsene to appear on TV – or more recently on my Twitter feed – and tell us what he thought of the game. We waited to hear just how much he was sharing our joy or our pain.

That’s just one way Arsene Wenger has helped guide my relationship with my dad. From 1998 through to 2006 we celebrated together, though dad would punctuate those celebrations by reminding me to soak it all in, explaining it wouldn’t always be like this. Naturally I didn’t believe him. Why would I? I could see what Arsenal were with my own eyes and no matter what he told me about the 1980s we hadn’t had Arsene Wenger before so it would be like this forever, right?

From 2006 to 2011 there were fewer celebrations but we always enjoyed the fluid, attacking, expressive football. After all, dad had watched Arsenal through the 1980s and would tell me how Charlie Nicholas more or less played with a bunch of players not worthy of sharing the pitch with him. I’m grateful my dad warned me that it wouldn’t always remain the same: it’s made me a more appreciative Arsenal fan even though I didn’t suffer some of the pain of previous decades. In a way, Arsene Wenger gave me the football-watching childhood and adolescence that I think my dad had always dreamed of for himself.

Leaving my family home and heading back to my generation, it isn’t just the titles or the good football that makes so many of us feel so close to Arsene Wenger. It’s the journey we went on with him. The titles followed by the stadium move and having to challenge with young players playing breathtaking football finally followed, in the past few years, by the cups – but also the acceptance that it would never quite be the same again. We went from adoration to pride to suffering with those teams and he did too.

I find a lot to sympathise with up until 2015, things that must be considered if you want to evaluate Wenger’s work from the stadium move onwards; the financial constraints, the development of young players, the beautiful football. Those things have all, at differing rates, been eroding for a few years now. And even then we won the cup three out of four years.

Watching the Arsenal sides of the late 2000s as someone who was in school at the time gave me a great sense of affinity. They didn’t win things and (as far as I’m concerned) didn’t receive the acclaim they were due. That just made me root for them even more, made me want them to win for themselves, not for me. The FA Cups in recent years have brought the same feeling, with the respite of success leaving me just as happy for Arsene Wenger as I’ve been for myself. Those trophies to an extent justified him remaining despite all the criticism and doubt surrounding his work. They were a slap in the face for everyone who had said that the late 2000s weren’t good enough because there was no silverware. They served as some redemption.

I think many don’t necessarily support their clubs but themselves and their own happiness. Which is totally understandable. They want to win because that will make them happy. And when they do win, some just want to win more because winning feels good. I have accepted that I can’t personally impact on Arsenal’s success, I just share in it, and I think that perspective has made my relationship with Arsene Wenger’s Arsenal something more than that of an average fan of an average sports team: I wanted the club to win for him.

Because of the disgraceful abuse he’s received, because of the sometimes unrealistic expectations from fans and the media, because people have lacked respect for one of the most dignified characters in sport, because of the players he developed as teenagers only for them to walk out when everyone else shared his belief in them. That hurts even more because I can’t imagine how much it hurt him.

Some people will not respond positively to the idea that my relationship with Arsenal will no longer be the same (and on Twitter they already have, very abusively). I’ve been told I should follow Wenger out the door if I don’t care the same way without him. That I was always a Wenger fan and not an Arsenal fan.

That’s nonsense, obviously, but I am – and have become – a bigger Arsenal fan because we had Arsene Wenger. We’ve retained stability and dignity in an unforgiving and volatile sphere and we’ve always had one man defending the principles he deems to be right. The philosophy of attacking football comes from Wenger and will remain with the club forever. The same applies for much of our worldwide reputation and support.

I’ve never abused the manager (though I have believed this step is the right one for a couple of years now) and I’ve argued with those who have abused him online, in person, and even during games at the stadium. Whether the next manager is Brendan Rodgers or Leonardo Jardim or Roy Keane I won’t abuse them but I find it hard to see myself leaping to their defence: I owe them nothing and they have everything to prove. The two decades of goodwill built up by Wenger depart with him.

No manager, nobody in football, will ever have such a profound impact on my life again. From two years old until 23 (it’s almost been 22 years but I’m 23 until I’m 24, that’s how it works), Arsene Wenger has been a constant and the central figure in the most important thing in my life. I have gone through school, I went to and dropped out of university, I’ve moved to another country away from my family and all my childhood friends. I’ve learnt who I am, who I want to be, what I believe in and what I stand for in life.

There are millions of Arsenal fans my age with similar timelines, similar experiences, and Arsene Wenger has always been there. That’s never changed. When you listen to him speak he invokes thoughts beyond football and beyond sport but about life, love, humanity, society, loyalty, and death. Growing up with that voice in the background it’s nigh-on impossible not to swell with admiration and inspiration. Arsene Wenger has made me consider concepts so much bigger than football more than anyone else in my life.

My beloved Highbury, the scene of my happiest childhood memories is now the Emirates Stadium. Ian Wright was replaced by Thierry Henry and Dennis Bergkamp, and they gave way to Cesc Fabregas and Robin van Persie. Now we cheer for Mesut Ozil and Aaron Ramsey. As you grow up your relationship with your parents inevitably alters, your colleagues replace your school-mates, your relationships with everyone in your life mean something different to what they once did. But not Arsene Wenger.

For 22 years he has been my hero, someone I’ve looked up to, someone who has inspired me. And he won’t be a part of my life on a daily basis anymore. Arsene Wenger’s programme notes, interviews, and press conferences have helped shape and define the person so many of us Arsenal fans in our 20s have become.