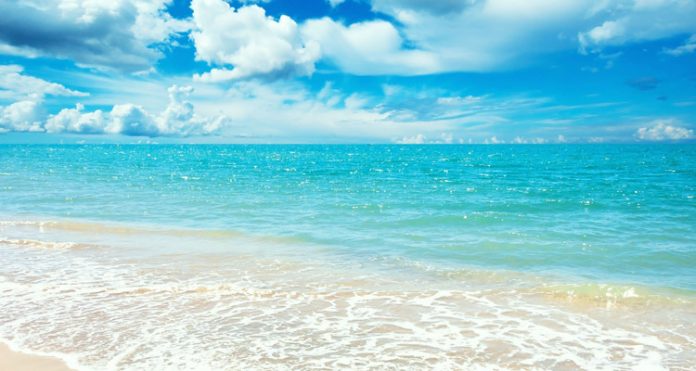 Maybe we’re getting ahead of ourselves here, but there’s nothing much happening this week as radio silence continues, and we all know that this summer is going to be a somewhat complicated one because of what’s going on on a number of levels.

Firstly, there’s the World Cup in Russia, and we know from experience that during these summers transfer business can be affected. Players we might have targetted could be playing at the tournament and don’t want – or aren’t allowed – the distraction of transfer hoo-ha until their participation is done.

It’s not just the duration of the World Cup either. There’s the build-up when they’re in training, then the aftermath when they rightly need to take some holidays and recuperate after a long season. Some will also say that Arsene Wenger’s presence at the World Cup, assuming he’s doing some co-commentary or punditry, can have a negative impact, but we saw that wasn’t necessarily the case in 2014.

As everyone went mad over pictures of him playing beach football and all the rest, he managed to return home with one Alexis Sanchez under his arm. Oh, and a lesser spotted David Ospina too, but you know, you win some, you lose some. Then you lose the one you won to Manchester United some time later, but that’s a different story altogether.

Then we have a new rule this summer which applies only to the Premier League and none of the other top leagues in Europe which means all transfer business must be done before the start of the new campaign. That’s mid-August, I think the first game is on August 11th. The World Cup final is July 15th, so there’s less than a month between that game and the start of the season.

The new deadline certainly complicates things, although I’ve long been an advocate of the idea that the window should close before the first game. It makes sense on all kinds of levels, but the lack of harmony across Europe will definitely make its implementation a little tricky. Premier League clubs won’t be able to buy after August 9th, but conceivably other clubs in other leagues where the window isn’t closed could still lure players from England if they wanted.

For a club like Arsenal who have often bemoaned the fact the transfer window runs into the season yet still pull off many last-ditch deals (in and out), it means this summer is one which requires serious planning and strategy. Without wishing to heap too much pressure on them, the arrivals of Sven Mislintat and Raul Sanllehi must go some way to making us more efficient in the market. If we dally, as we so often have in the past, the capacity for trolley-dashes and late corrective is not going to be there in the same way.

Then there’s pre-season. Normally cut and dry. Arrange some games, dress them up in some kind of marketing bollocks by insisting they’re part of the ‘International Champions Cup’, and do the flights and jaunts and all the rest. Yesterday, details of two fixtures in Singapore were announced. July 26th versus Atletico Madrid and July 28th against PSG. Simple.

Except, if our league form dips further – not impossible as focus is on Europe and team selection will reflect that – then we could get overtaken by Burnley and finish seventh. The implication of that, beyond how terribly it would reflect on our performance this season, would be entry into the Europa League as UEFA announced an extra place for English clubs.

So, unless Southampton were to win the FA Cup and steal that place from the team that finishes 7th, that team would have to enter the Europa League at the second qualifying round … which takes place on July 26th. Forget your lucrative friendlies against top Spanish and French sides, you’re playing an Eastern European team whose name sounds like an over the counter remedy for diarrhoea. Is it this a probable scenario? Perhaps not, but it’s not impossible when you look at how we’ve got to prioritise our games at the moment, and how we play when we do that.

Not only that, another scheduled friendly against Chelsea in Stockholm on August 4th could be scuppered if they win the FA Cup because they’d then play in the Community Shield on August 5th, leaving us without our final warm-up game for the new season. Or maybe we’d have a third qualifying round Europa League game instead, who knows?

All of which adds up right now to an uncertain summer, and I say all this, by the way, without even taking into account the possibility that Arsene Wenger is not involved. It might be unlikely at this stage, but it’s got to be a consideration – particularly if Europe does not provide the success that would go a long way to salvaging the season we’ve endured so far.

Imagine we have to do all this with a new manager. That’s definitely not something I’m opposed to, by the way. My feelings on this are clear but I worry about our ability as a club to manage things at the best of times, so trying to do it after the most seismic change Arsenal has seen for over 20 years would be challenging, to say the least.

There is, of course, a much more mundane version of our summer where we stay sixth, play our pre-season games, Arsene remains, we make some signings and we all muster up as much hope as we can that next season will somehow be different, but that wouldn’t have made for much of a blog post, eh? There’s another one where we’re preparing for Champions League football too, but despite my desire to see that happen because it means we’ll have won a European trophy, I can’t say I’m overly confident it’ll happen.

Anyway, with less than a month of this current season to go, we don’t have long to find out which path looks most likely.

Finally for today, just a quick thanks to all our Arseblog Members on Patreon. Your support means that over on Arseblog News we’ll be expanding coverage of the Arsenal youth set-up, with more articles and insight from our correspondent, Jeorge Bird, as well as more on the Arsenal Women from Tim Stillman.

Tim has a post up right now looking for your feedback and suggestions on what you’d like to see in that regard, so if you have any thoughts or ideas, leave a comment on this article, or hit him up @Stillberto.

There’s plenty more to come in that regard as we add more to the site in general, on top of the extra content we’ll continue to produce for the Patreon site itself. And speaking of Arseblog News, things might act and look a bit weird at times today as Tom does some tinkering behind the scenes, so bear with us if you notice anything unusual.