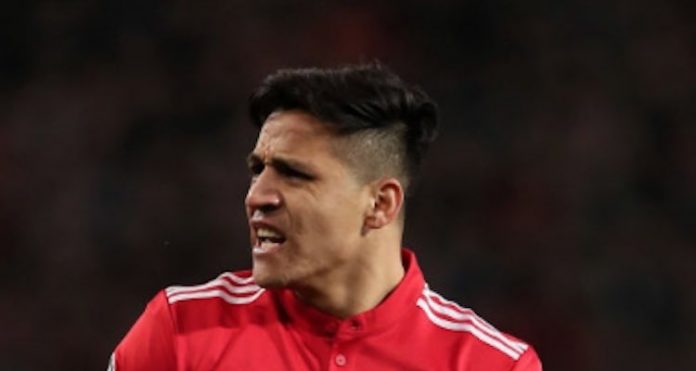 The dogs would look at him, look at each other, look at him again, then finally back at each one more time, and with a slight raise of one dog eyebrow, a dogbrow if you will, remind each other that things could be worse. They could be trapped in another world where they existed only in soft-focus with a Phil Collins song as the soundtrack to their lives.

I can only imagine there are Man United branded gloves cast all over Old Trafford this morning as Alexis once again found himself frustrated at being knocked out of the Champions League at the Round of 16 stage. He must think he’s some kind of Jonah, but let’s not forget that we shouldn’t take too much pleasure in his misery, because we mostly need to take it from Jose Mourinho’s.

He is, let’s not forget, history’s greatest monster, and after spending half a billion trillion pounds he’s put together a team that plays football even Sam Allardyce would consider distasteful – and that’s saying something about a man who looks like he would happily eat a worm sandwich.

Sevilla, over the course of the two legs, had 45 attempts on goal! What kind of defensive, tactical masterclass is this? It’s like being a boxer who is trying to land a knockout blow by smashing his opponents fist with his nose. A 2-1 defeat at home last night sent United crashing out of Europe, and I’m sorry but that’s hilarious.

I don’t even know why I’m saying sorry about it. Why should I be sorry? I didn’t spend a billion zillion pounds and still have Fellaini in my team. And look, I know Arsenal are playing AC Milan on Thursday and our capacity to make a mess of things is basically unparalleled. I also realise that we have to play United relatively soon and Alexis will probably score, but for now, right at this moment, it’s impossible not to do anything other than laugh.

So, haha. If it comes back to bite me on the arse, which it probably will, so be it. We have to grasp these nuggets of happiness wherever we can get them in a season which has provided little sustenance in that regard. Mourinho’s post-match comments are really something too – he’s looking for the sack & payoff pretty early, even by his standards.

Meanwhile, preparations for tomorrow night will see Arsene Wenger meet the press today, with some injury issues to clear up. Shkodran Mustafi went off with a groin problem against Watford on Sunday, so unless it was just a precautionary substitution the chances are he’s going to be missing.

That will leave the manager with a decision to make about who slots in beside Laurent Koscielny, or maybe even the formation he uses. He could decide, with a two goal lead and without the relative security of Mustafi’s experience, that a back three could be the way to go.

Rob Holding and Calum Chambers are the two candidates if we stick with a back four, but there’s also Nacho Monreal who could be back in contention, according to early reports. Sead Kolasinac appears to have found his way back into some form at left-back, so maybe Monreal and Koscielny could be an option in the centre.

Wenger will be hoping to have Hector Bellerin back from his knee problem, if not Ainsley Maitland-Niles is the most natural candidate to replace him, continuing on from what was, generally, a pretty solid show against Watford at the weekend. If he can play the young man as a left back against Liverpool, he should have no compunction using him on his preferred side.

Anyway, we’ll get all the team news later on, and we’ll have that for you on Arseblog News as soon as it drops, as well as all the other talking points from the manager’s press conference.

Finally, Mesut Ozil has spoken a bit about his decision to renew his contract, saying he had ‘unfinished business’ with Arsenal. I wonder too if the departure of Sanchez might be liberating for him in some way. Clearly the two worked together very well at times, but since the Chilean left Ozil has rediscovered some creative form and has provided four assists in the last month or so.

He will have to take on more of that responsibility as Sanchez too was a creative outlet, and you have to think that Europe in particular should suit him. If he can create for Danny Welbeck tomorrow night, then we’ll really be onto something.

Right, that’s that for this morning. Back tomorrow with a full preview of the Milan game and all the rest. Until then.