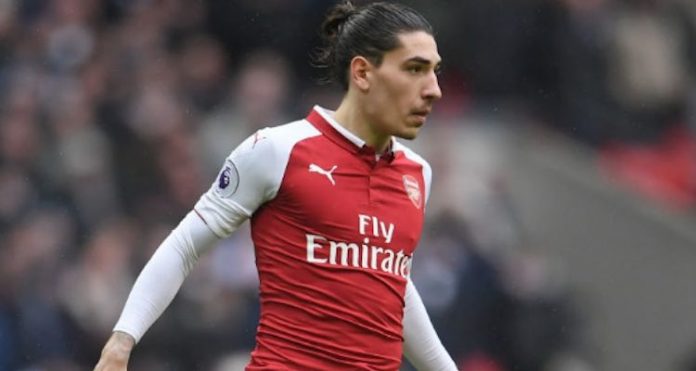 It would be fair to say that Arsenal have their troubles at this moment in time. We all know what they are, maybe we have different opinions on the reasons behind them, but in general it would be very difficult to make a good case to say things are going the way they should be.

Thursday night’s win over Milan did not make everything right, but then nobody said it did. It was, very simply, a better performance against a team who perhaps took us for granted a bit and we’ve put ourselves in a very nice position for the second leg. Still, there are many things to sort out as we head towards the summer.

Leaving aside the BIG issue of the manager, this is a squad in real need of a rebuild. Down the years we’ve heard the refrain about how we need two or three players to gets us back on track, but I think what we need to do this summer night require a couple more than that.

Arsenal, having reshaped the attacking line-up with the £50m-ish arrivals of Alexandre Lacazette and Pierre-Emerick Aubameyang, as well as Henrikh Mkhitaryan and the re-signing of Mesut Ozil, now need to focus further back. We need to now create a brand new spine to the team.

Goalkeeper, centre-half, central midfield. I’m all for the idea that football is about opinions and everyone’s entitled to theirs, but if you disagreed with the idea that we need players in these positions I’d just think you were wrong. I do fully accept that with more structure, and perhaps a head coach/manager that was a little more focused on defending, some of the players we currently have might look a bit more comfortable, but in general that’s where we need to buy.

You don’t need to me to say a ‘top class goalkeeper’, a ‘commanding central defender’, and a ‘physical, powerful defensively minded central midfielder player’, because that’s pretty redundant, but we don’t need bodies, we need quality. It’s hard to find, but then that’s why we’ve just brought in a Head of Recruitment and a Not Director of Football to get these things done more easily.

We also need a right back. And by that I mean someone to take some of the workload off Hector Bellerin, because if we’re serious about competing again then he has got to be one of the players around who the future of this team has been built. I find it hard to understand why so many people seem not to rate him, especially in the current climate.

Yes, he has struggled at times this season – but he’s not been anywhere near as bad as some would say. Yes, he’s hit something of a wall in his development – but that’s true of so many young players who come into the Arsenal team and show real promise. He’s far from alone in that regard, and you just need to look at our history over the last 10-12 years to find numerous examples of that. Maybe we need to look at that rather than dismissing the individuals as busted flushes.

He’s been asked to be a right back and a right wing-back this season. He’s been, more or less, left without any kind of help down the right hand side because of how narrow this team plays, thus that entire side of the pitch is often his to patrol alone – both from an attacking and defensive standpoint. Why wouldn’t he struggle, especially when the team itself is struggling too?

The lack of any consistent partner on that side has hampered him too, I think. Would Lauren have been as effective without Freddie Ljungberg or Ray Parlour? Would Ashley Cole have been as swashbuckling without being able to combine with Robert Pires? When Per Mertesacker spoke some years ago about ‘automatisms’ on the pitch, this is what he meant. Knowing there’s someone there, knowing what they’re going to do and how you can do it with them without even thinking.

Bellerin doesn’t have that. He’s almost never had that since he made his breakthrough into the team, and if, as is widely accepted, that Arsene Wenger is a manager whose focus is far more on attacking than defending, why is that not taken into account when we make assessments of our defenders on an individual basis? How often have we seen him on the right with no option but a pass backwards or inside? That’s not on him.

Here’s the other thing: with so much else to worry about in the summer transfer market, one of the last concerns we should have is right-back. We have a young player on a long contract with loads of potential, and what we should do is look to get more from him – hopefully under a new head coach/manager, rather than write him off as a failure.

Is there a reason Juventus might want him? Could it be because he’s an exciting player with a lot of talent that is, as yet, unfulfilled? Why is that Pep Guardiola badgered Arsenal so relentlessly to sign him that our response to him ended up being two very simple words with the second one being ‘off’? I don’t think it’s because he’s useless, do you? I think it’s because the best manager in the world right now can see what he might become with the right guidance.

If Bellerin is frustrated at Arsenal at the moment, I wouldn’t blame him. He’s certainly not alone because as fans we are, and I’m aware that some of the others players are too. But in these difficult times, we have to be careful not to throw the baby out with the bathwater, and if we’re serious about getting back to where we want to be, then Hector Bellerin has to be a big part of that. As a club we cannot be taken seriously if we just let our best young talent leave, so ensuring his future lies with us is crucial.

Catch you tomorrow with a full preview of the Watford game and all the rest. Finally for today, here’s yesterday’s Arsecast for you get into your ears. Enjoy.