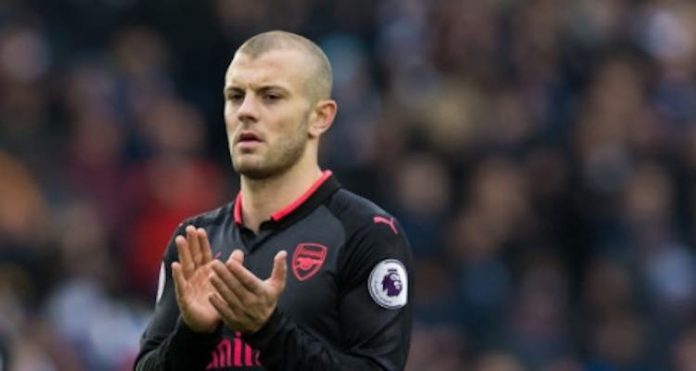 We were scheduled to play Leicester City in the Premier League this coming weekend but because of their involvement in the FA Cup, the game was postponed and will be scheduled for some point in the future. Quite when that happens depends on our own progress in the Europa League, but after Thursday – and because of the Interlull – we’ve got two weeks Arsenal free before we go into the final weeks of what really has been a trying season.

Of course there’s still the possibility of silverware, the double-edged trophy that is the Europa League, because not only do you get a trophy you get entry into next season’s Champions League too. If you want to be hugely optimistic there’s a scenario where Arsenal go all the way in Europe and Chelsea win the Champions League and if Sp*rs finish fourth they’ll be bumped down to the Europa League.

With Chelsea in Barcelona tomorrow night I suspect that scenario will be done and dusted sooner rather than later, but for now it’s a nice thing to consider. We can touch a bit more on the Milan game as the week goes on, but progress in this competition is very welcome as it keeps our season alive and give us something to look forward to.

Premier League games are essentially meaningless now. There’s little chance of us finishing any higher than sixth, although there is a danger we could drop below that, even if Sunday’s win over Watford has steadied the ship somewhat. But going into that game Burnley were just two points behind us.

I see stories this morning saying that Arsenal are prepared to let Hector Bellerin go this summer for a fee of around £50m. I wrote about this last week, and why I think it’s a terrible idea. Just to reiterate though, a team that is in sore need of a rebuild needs to hang onto its best young talent, and if difficult decisions need to be made, they should be made about players who have been here too long or don’t have much of a future ahead of them.

The Jack Wilshere situation, for example, is one which looks like it’s going to end with a departure. Arsene Wenger made it clear that the club had made what they considered a satisfactory offer with the ball very much in the player’s court, while Wilshere himself insisted he was no closer to signing the contract.

You don’t need to be an expert to read between the lines here. Arsenal have made a take it or leave it offer, Wilshere has decided to leave it. There’s always time for further negotiation, but right now we’re at an impasse and unless someone blinks his current deal expires in June and after that he’s free to leave on a Bosman.

You can see this one from both sides. Wilshere is heading into the prime years of his career – at least in age profile – and having seen teammates given huge rises and new players come in on big, big wages, he’s being asked to take a pay cut. The highly incentivised deal is based on his appearances and availability, and he might well feel that this season he’s proved his fitness by playing as regularly as he has.

He’s made 30 first team appearances, playing a total of 2,092 minutes. That’s more than Aaron Ramsey, for example, who has just 22 appearances with 1,638 minutes of playing time. We don’t know what the situation with Ramsey is exactly, but I doubt very much any contract offer we make to him will involve him taking a reduced basic salary.

It’s also worth pointing out that the Welshman has 7 goals and 8 assists in those 22 appearances in comparison to Wilshere’s 2 goals and 4 assists, but even so as an established professional it’s got to be hard to deal with an offer that feels emasculating in some way. A dent to the pride as much as it is to the bank balance.

On the other side of that though, who knows better than Arsenal the full extent of Wilshere’s injury record and his medical history? Maybe this is an offer made not with now in mind, but the future and how his ankle might hold up. Right at this moment in time though, we appear to be heading for a situation where nothing continues to be agreed, and there’s an inevitable conclusion in the summer.

Perhaps though, we’re still inclined to think of Jack Wilshere as that precocious young talent who had an edge to his game and his character, and not a middle-aged footballer (in the terms of their careers) who has been so badly affected by injuries. A player who decided to to go Bournemouth and did just ok there. A player who will always try hard but finds it increasingly difficult to produce those moments of quality and class that singled him out as one of the brightest sparks to emerge from our academy for years.

Maybe change would be good for all concerned. A new life in a new town (perhaps) for Wilshere, and Arsenal moving on without the edge of sentimentality that has been present in our decision making for years. The offer to him might suggest that’s something we’re moving away from, but sometimes regeneration comes after a controlled burn, and he could be part of that.

Right, I’ll leave you this morning with yesterday’s Arsecast Extra. Lots to talk about, some stuff to laugh about at long last, and it’s a generally much more cheery show than in recent weeks. Listen/download below – news throughout the day on Arseblog News.