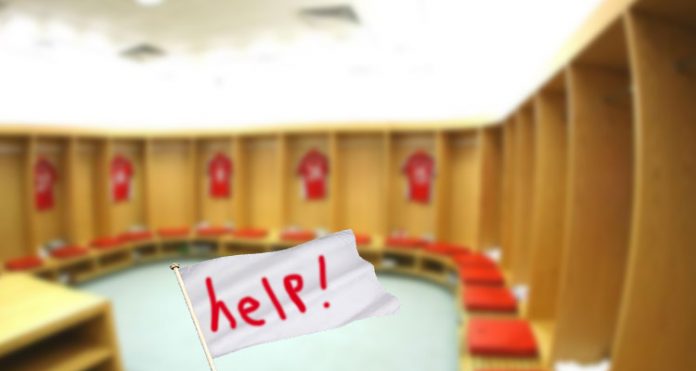 With our away form as bad as it’s ever been under Arsene Wenger, we now face two games on the road starting with Brighton tomorrow and then a trip to Italy to face AC Milan in the Europa League.

I have to admit my expectations are low. I think we could very well beat Brighton tomorrow, but just as easily do what we did at Bournemouth and Swansea. As for Milan, you’d hope there’s some reaction from the players as they get laser-focused on the only competition left that can do anything for us this season.

The Premier League is a bust, we could be 13 points off the top four with just 10 games to play if results go against us. Sorry, I had to just stop and check myself there because in reality the other results don’t really matter. The gap is too big, we’re not playing well enough, and thinking about top four is just pointless.

It means that the Europa League is the be all and end all for this campaign, but with Pierre-Emerick Aubameyang cup-tied and Alexandre Lacazette injured we’re short up front as well as being woeful at the back and beige in midfield. When you add to that the general malaise that has affected this team in recent months, it’s hard to be confident that European triumph is anything more than a pipe-dream (I initially wrote pipe-bomb, which would be an interesting new tactic in these difficult times).

This mood, this cloud that seems to envelop everything right now, was touched on in an extraordinary article in the Guardian by David Hytner in which he reveals the desperation felt by some of the Arsenal players. They held a team meeting to discuss matters ahead of the Man City game on Thursday and came to the conclusion that they needed more help from the coaches and, I assume, the manager.

However, one player reportedly said:

It’s not going to happen. We need to find the answers ourselves.

No doubt some will dismiss this as hearsay, believing it to be another stick the media have picked up to beat Arsenal with, but I think we should take this at face value. Now, player meetings are not uncommon, Theo Walcott used to tell us about them if you recall, and there’s nothing wrong with them either. Sometimes they need to thrash things out among themselves and it can be a positive thing, a way to address and correct issues.

But if the conclusion they’re coming to is that they have to find their own solutions then that’s very worrying. It ties in with what we’re seeing on the pitch, players who don’t look like they know or believe in what they’re being asked to do. Performances and results are the hard, irrefutable evidence of that, and maybe this leak is born out of a sense of desperation. A last resort in the hope that somebody will do something.

In yesterday’s Arsecast, Philippe Auclair talked about Aubameyang telling French media after the Man City game that some Arsenal players played ‘with resignation’, and during that game we saw Arsene Wenger sit by and do nothing to change what was going on, as if he was managing in the same way.

If the players feel like that about the manager, and the manager feels that way about the players, then it’s utterly broken and there’s little anyone can do to fix it. Does it mean the players dislike Arsene? Of course not. I’m sure most, if not all of them, like him as a man, as someone who has treated them like people as well as players and had a positive affect on their careers, but do they like his methods or his instructions? Those are different things and I think it’s pretty clear that his footballing authority is not what it was.

Nobody’s worried about losing their place. Nobody’s worried that a poor performance might have consequences. Nobody’s concerned that playing badly will have repercussions for their future. They all know that Arsene’s time at the club is coming to an end. He’s not quite a dead man walking, but they realise his train is pulling into the station and consciously or subconsciously it has an impact.

The Guardian piece also makes the point about players have professional pride. I think that’s true, no footballer enjoys losing, being booed, getting stick from fans, looking up the table to see City 30 points ahead. It’s embarrassing for them. It doesn’t excuse them but I think we should think about that in this current context.

It’s clear some of them aren’t good enough, and that there’s a major rebuilding job required, but I can’t believe that they simply don’t care. It doesn’t work like that. If they have lost faith, how does that make them any different from many of us who feel the same way? They see it up close and personal and while they’re the only ones who can actually do something about it once the whistle goes, it’s little wonder things are as difficult as they are right now.

Then you read a story about Hector Bellerin becoming disenchanted and Juventus targetting him, and in the current climate there are a lot of people saying they don’t care and ‘let him go he’s rubbish’. But this is one of the best young full-backs in Europe, a talent that Pep Guardiola would take off us tomorrow if he could, and if we’re really serious about making this team strong and competitive again then he’s someone we really need to keep, and create a team and environment that he wants to be part of.

Yet such is the mood, people are willing to burn it all down, never mind the consequences, and the people who are running this club need to be aware of that. Firstly, that there’s the issue with Bellerin in the first place, because when your best young players want to leave that is a very bad thing, and secondly the fact we’re so poor at the moment that almost everyone appears to be expendable tells a sad story.

I’ll leave you with yesterday’s podcast, with Andrew Allen and Philippe Auclair, happy listening and I’ll be back tomorrow with a Brighton preview.