The gap: Arsenal have to mind it (again)

Always at the cutting edge of online journalism, Arseblog has this morning received an exclusive picture of Olivier Giroud after Chelsea’s 4-1 defeat to Watford last night: 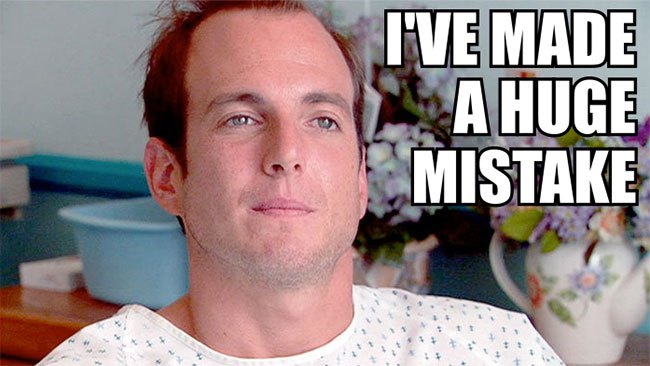 It’s a kind of surprising result but also not a surprising one for a Chelsea side who have won just two of their last ten games. Will it put Antonio Conte’s job at risk? This is Chelsea we’re talking about here, where you can lose your job after winning the double or the Champions League, so it’s got to be a very real possibility.

The dream scenario is, of course, John Terry coming in as caretaker manager and being so unbelievably bad at the job that every weekend is like a piece of joy for the rest of the world as they lurch from one abysmal performance and result to the next, while he stands around in the post-match interviews spouting about spirit and passion and how much he loves the club until he undoes everything he ever achieved there and is forced into exile where he tries to live a simple life in a comparatively menial job in far distant country where he never learns the language properly but because of the global reach of the Premier League people always recognise him despite the scraggly beard he grows and every day is a reminder of his abject failure until he can take it no more, his mind snaps, and he spends the rest of his life living in a shack in total silence expect for a strange ringing noise inside his head which, in a great reveal at the end of his days 45 years later, turns out to be two bars from that poxy song they co-opted to play before the home games at Stamford Bridge going over and over and over and over again forever.

I may have overthought that a bit. Anyway, it’s good news for us and our relatively slim chances of making the top four this season. People talk about how we have to reach a certain points total in order to that, and what that might require is a sequence of wins that we’ve never really looked capable of this season, but I think it boils down to the gap between us and fourth and right now that’s five points with twelve games left to play.

I realise every season is a different animal, we’re certainly a different team than we have been in the past, but I think we’ve overcome similar gaps in the past. At the same point in 2012-13 we were in fifth four points behind Sp*rs; in 2008-09 we were also in fifth, five points behind Aston Villa in fourth; and in 2005-06 it was another five point gap to Sp*rs in fourth.

Now, I think the competition is much stronger this season, there’s a real scrap for the top four going on, and with a North London derby on Saturday there’s a chance to close the gap on the neighbours and put some pressure on Chelsea and Liverpool further up the table. The worry, of course, is that this is an away game, and we have big problems on the road.

If there’s some comfort to be had, it’s that the game is at Wembley. It’s not really their home, we realise it’s temporary and they’re just squatting, not to mention it’s a stadium at which we’ve had plenty of success down the years. Our issues on the road can only be psychological. There’s no other reason why a team capable of such a good home record has been so abysmal on its travels this season, so perhaps going into an away game that doesn’t really feel like an away game is just what we need.

Quite how Arsene Wenger solves the bigger problem between now and May is another question. Here’s a list of our away fixtures until then (this weekend’s game aside):

Now, on paper you would say that apart from the trip to Old Trafford those are very winnable fixtures for us. However, you could have said the same about visiting the worst Stoke team in 10 years, Watford, Bournemouth, and Swansea where we lost, and games like West Ham and Southampton where draws should really be considered two points dropped in each game.

With just twelve games to go (how has the season gone by so quickly, by the way? What’s happening?!), the margin for error is tiny, if it exists at all, so maybe the manager talking about how he could never understand the difference between home and away was a public message to his team to try and make them think the same way even though everybody knows there is a difference.

Our hopes that the new arrivals will spark this team into a late surge for the top four were boosted by what we did against Everton, but the key word this season is consistency, and you can’t spell consistency without ‘cynic’. Or ‘cysts’. Eww, anyway. I think you know what I mean. We’re in that cliched one game at a time territory right now, almost like a cup competition, and given our prowess in those maybe we just need to convince the players the top four trophy is actually real and our chances of getting the job done increase exponentially.

Right, for this morning I’ll leave you with yesterday’s Arsecast Extra in which James and I discuss the win over Everton, the two hat-tricks, Aubameyang, Lacazette’s situation, Kolasinac’s loss of form, Rihanna at the Emirates, and the best cow we could ever think of among many other things.

Please subscribe, and you can listen below. News throughout the day on Arseblog News, more from me tomorrow.

Previous articleArsecast Extra Episode 212 – 05.02.2018
Next articleFootball hasn’t changed that much, but fandom has