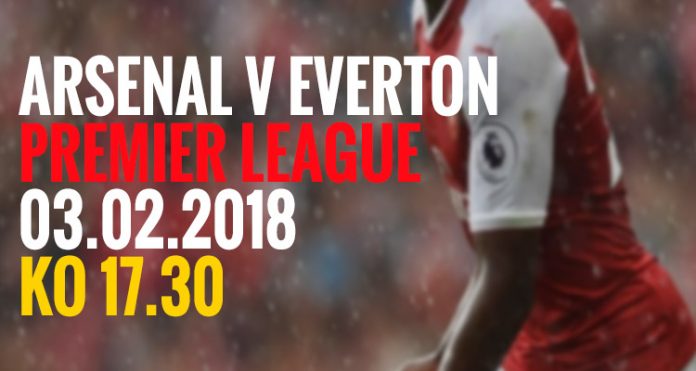 The final days of the transfer window provided us with a handy distraction from Tuesday night’s dismal outing at Swansea. Shiny new Aubameyang and a re-polished Ozil allowed us to focus on two very positive things, but going into today’s game against Everton we have to find a way to respond.

In general, our problems this season have been on the road and at the Emirates we’ve been very solid. This is the table for just home games this season:

That record is something that bothers Arsene Wenger because he says he doesn’t really understand the difference between home and away. There’s a pitch and a ball and some opposition, so what’s the problem? The manager said:

In my whole career, I hated that difference between home and away, that’s why I’m especially unhappy with our away results. Personally, for me, there is no difference. When you walk on the pitch you don’t look too much where you play you just do what it takes to win the game.

Maybe it’s a kind of psychology to ensure his players don’t focus on the fact they’re not in the comfortable surrounds of the Emirates, but could it also put doubts in their mind about playing at home? If we’re crap away, why can’t we be crap here? I hope not, obviously, and today Wenger has to find a way to get his team sorted out again.

A few weeks ago we smashed Crystal Palace 4-1 with a very encouraging performance, but the old adage about only being as good as your last performance applies when you’ve won just three of your last eleven games in the league, and the shambles at the Liberty Stadium looms large over today.

Swansea enjoyed far too much freedom in midfield, and the first goal came from us losing possession and Granit Xhaka switching off at a crucial moment – not for the first time this season. The Swiss international’s place should be in jeopardy, no question, but our midfield options mean that the manager could easily decide to keep him in the team. If it were me, for his sake and ours, I’d drop him because not only is he costing us goals, he’s badly out of form and I think it would do him some good to sit a few games out to get himself refocused.

Assuming we play with a back four again, something Wenger pretty much confirmed in his press conference yesterday, it means three in midfield, and with Jack Wilshere fit again I suspect it’ll be him, plus Aaron Ramsey and if he does drop Xhaka then Mohamed Elneny is the likely candidate to replace him. All things considered, I don’t really an issue with that combination but there’s a lot of responsibility on the Egyptian to offset the more attacking instincts of his two partners.

The other big question, of course, is does he start Pierre-Emerick Aubameyang. He seemed to set the scene for the record signing to start from the bench by revealing he’d been sick this week, but he was in full training yesterday and while we don’t have all the medical info available to us, that’s a promising sign.

My suspicion is that he’ll start with Lacazette up front and have Aubameyang as an option from the bench that could really change things if we need to. If things are not going well his introduction would lift the fans and the team, and generally he tends to do this with new players for their first game. That said, fitness/wellness permitting, I’d be all on for lashing him in from the start, and getting him working with Ozil and Henrikh Mkhitaryan straight away, but let’s see.

As for today’s opposition, there’s the return of Theo Walcott to contend with. The potential of of a former player doing you damage is something we always worry about, and he comes into this game having scored twice in midweek. Maybe though, Sam Allardyce will have given us a little boost with some comments made on Friday, saying of Arsenal:

I’ve always felt, that defensively they are weak because of the amount of players they commit forward.

He’s not wrong really, but when the opposing manager calls you ‘weak’ before a game, we’re in pin his words on the dressing room wall territory. Especially coming from someone like Allardyce with whom we’ve had plenty of history. Whether the manager can find a solution to our defensive issues is another question though. He said yesterday he regretted not buying a defender during the window, at the same time insisting the personnel were not the problem:

It’s not a lack of effort, it’s a lack of focus in vital moments of the game. I feel that sometimes we do it well and sometimes not. It’s always difficult. For example, at Swansea we had 75 per cent possession, you always think to attack, to attack and you forget to defend when you lose the ball.

‘FORGET TO DEFEND’?! It means the solution is easy enough, just remember to defend. Makes the team-talk pretty easy. Honestly though, I know Arsene says some stuff in press conferences that we shouldn’t dig too deeply into, but forgetting to defend sounds like it’s right up there with some of the silliest.

The thing is though, you can sort of see he’s right. We often get caught with too many players ahead of the ball; even when we are in defensive situations and positioned correctly, we see lapses of concentration like Xhaka’s on Tuesday night; and at times defending seems like an afterthought.

Let’s hope there’s more focus on that today, and with all the other distractions behind us now, we start to see some green shoots of recovery in terms of our performance and the result. I don’t need to say how important three points are, they need to win this however it happens.

For some extra reading this morning, check out the Tactics Column in which Lewis Ambrose looks at the issue many are wondering about: how does Arsene Wenger deal with his attacking options with the arrivals of Aubameyang and Mkhitaryan? Check it out here.

And, as we have an evening kick off there’s plenty of time to catch up on the podcasts you might not have got around to over the last couple of days. James was back from his travels for a new Arsecast Extra and there’s also the behind the scenes low down of the transfer window with David Ornstein.

Thanks so much for all the nice feedback on the shows this week, glad you enjoyed them. We’ll have a live blog and all the post-match stuff on Arseblog News, catch you later for the game.