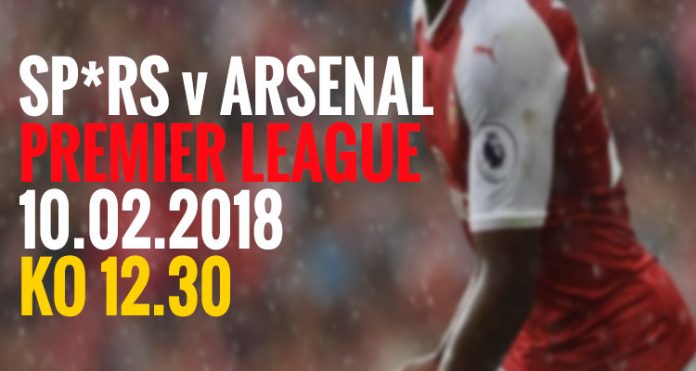 Last November Arsenal went into the first North London derby of the season with a touch of trepidation. It was the first game back after an Interlull, before which we’d been beaten 3-1 by Man City and serious questions were being asked of the team.

On the day we put in one of our best performances of the season, perhaps still the best despite scoring five against Everton twice because you have to take into account the gulf in quality between the opposition. Goals from Shkodran Mustafi and Alexis Sanchez gave us a 2-0 win, and although that was followed by victories against Burnley and Huddersfield, our Premier League form since has been patchy.

We’ve won just six of the fourteen games since that derby triumph, and although spirits have been lifted by the arrivals of Pierre-Emerick Aubameyang and Henrikh Mkhitaryan we’ve yet to display anything like the consistency we need – and with a top four chase heading into its final stages, time is running out.

On that day at the Emirates, the win was built off the platform of a superb defensive performance. The back three of Laurent Koscielny, Shkodran Mustafi and Nacho Monreal were, to a man, outstanding, and the sight of both Harry Kane and Dele Alli being hauled off having had no impact on the game whatsoever was a very enjoyable one.

It’s why I think that we’ll use the same back three today. It’s not just because this is a game which is ostensibly away from home, but because it worked so well back then. Maybe it gives Sp*rs a chance to find a way to deal with it, but it’s hard to see Arsene Wenger using a back four today regardless of how well it worked last weekend. I say this knowing that second guessing Wenger is a difficult task and he could easily decide to go for it with a back four, but it would be a risk.

As I wrote during the week he’s got a decision to make about who plays at left wing-back, the more natural Sead Kolasinac or Ainsley Maitland-Niles? If it were me, despite his lack of form, I think I’d go for the Bosnian because of his experience, but if it’s the other way around I’d be ok with that.

Three at the back means losing one from further up the pitch, and it feels like Alex Iwobi is the obvious man to miss out there. A front three of Aubameyang with Ozil and Mkhitaryan in behind is both a statement of intent and one which will give them something to think about. It’s new and different, making us more unpredictable as a team, and when it comes right down to it they’re our three best attacking options so anything other than that would be a huge surprise.

The only other question then is which midfield duo he’ll play and I can’t look beyond him picking Aaron Ramsey and Granit Xhaka because that’s what he’s done for most of this season. Like many I would have some reservations about them as a duo. It can work, we’ve seen that, but it’s also a partnership not without its flaws, and they will have be seriously disciplined today against a side that will look to take advantage of the space they often leave between them.

But then hard work should be a given going into a derby, and you won’t win a match like this without it. The players know that as well as anyone, and even if they’re a little concerned about this being a game away from home when our form on the road has been so patchy, the fact that we’re playing at Wembley should help.

This is not the same as going to White Hart Lane. This is a stadium we know well, and at which we’ve had a great record over the last few years. Whatever that mental block we have about away games is, it shouldn’t really apply today. I hope that’s the case anyway, because this really is a massive game.

Arsene Wenger says he’s not giving up on the top four, and it was telling at his press conference when he more or less rejected the idea that this was ‘must not lose’ game for Arsenal, insisting that we’d be out to win it. I can see what he means, the amount of fixtures left is ever decreasing and three points today would really put a bit of pressure on the teams above us.

That said, a defeat would leave us 7 behind Sp*rs, and if Liverpool and Chelsea win their games this weekend against Southampton and West Brom we’d be 9 and 8 points behind them respectively. Do we have to take a bit more risk today, go all in for the win and to get the points we need, or does there need to be some measure of caution with another 11 games to go after today?

It’s difficult, and I hope that it doesn’t have an impact on our performance. All we can say is that we know we can beat them, we’ve done it before this season, and on our day we’re good enough to take three points off almost everyone. The worry is that when it’s not our day, we can drop them to anyone too. Let’s hope it’s one of the former when we kick off at 12.30.

If you can’t follow the game later, remember we’ll have full live blog coverage for you, with up to the second text commentary which you can follow on your phone, tablet, computer or whatever else you use. And we’ll have all the post-match stuff, report, ratings, stats etc over on Arseblog News.

Time for breakfast, a walk with the dog, then the game. Come on you reds.