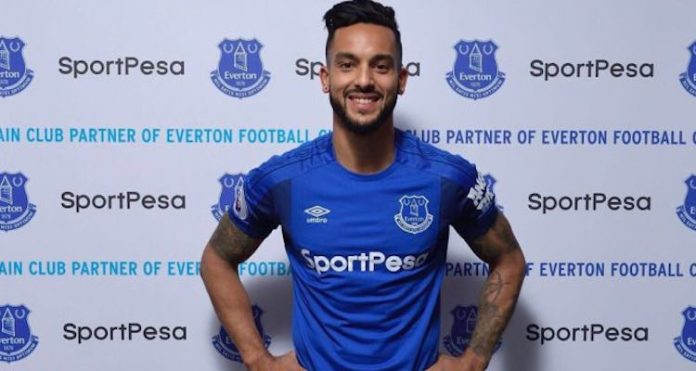 Arsenal brought their transfer income this window to the £30m mark, and shaved another £100,000 a week off the wage bill, with the sale of Theo Walcott to Everton.

He joined Arsenal as a 16 year old in January 2006 – the same month we brought in Emmanuel Adebayor and Abou Diaby – and was, until yesterday, our longest serving player. He made 399 appearances for the club, scoring 108 goals and providing 78 assists in all competitions.

If you’re a regular reader you’ll know that Walcott was not exactly my favourite player, so I’m not going to sit here this morning and wax lyrical over him, that would be hypocritical. However, for all that he frustrated me, you don’t score over 100 goals for a club like Arsenal by being absolutely rubbish, as some have said.

I think his skillset was pretty limited, but when it worked it worked really well. For me, he’s sort of emblematic of the second half of Arsene Wenger’s reign. Capable of genuinely superb stuff, but ultimately he fell short and didn’t quite reach the heights people wanted. I’ve said it before, at times he confused the life out of me. A player that one minute looked incapable of getting into a game often burst into life to great effect. How many times did I think ‘Where’s Walcott?’ before he popped up with a goal or two.

I remember one of the 5-2 games against Sp*rs and in the first half he was incredibly off the boil. It might have been around the time of the contract negotiations and there was a sense that if he’d been taken off at the break it would have been a decision seen as favourable by many, but in the second half he scored twice as we blitzed them again, and that kind of sums him up for me.

When he was good, he looked really good, and his best season came in 2012/13 when he scored 21 goals and made 16 assists. A cruciate injury in January 2014 was probably the beginning of the end, and it’s worth considering the impact an injury like that can have on a player like Walcott who was so heavily reliant on his pace as his chief weapon. I think he lost a yard after that injury and that certainly affected him in the final few seasons.

19 goals in the last campaign should have meant he’d see more action than he did this time around, but it’s impossible not to look at the comments he made after our defeat to Crystal Palace last season when he fronted up afterwards on TV and said that the opposition wanted it more than we did.

However you might think the formation change made him a poor fit, here’s the bottom line: after those comments he started just one Premier League game for us. One start in 31 after he’d started 23 games that season. There have been times, particularly over the hectic festive period, when he could/should have helped eased the physical burden, but it seems clear that things were never the same between himself and Arsene Wenger after that.

Still, he hasn’t left under a cloud and to do 12 years at any club is an achievement, even if you could make a good case that it’s a relationship that had probably run its course a season or two before now. I hope he does well at Everton – except on February 3rd of course – and if he can rediscover some sort of form with regular football he might get that World Cup place he’s missed out on through misfortune during his time with us.

As I said yesterday, I think it’s a good move for him, and a good move for Arsenal, and we now have to look to replace him with someone in whom the manager has a bit more faith and who, you know, will be allowed play.

Meanwhile, the latest regarding Pierre-Emerick Aubameyang is that Dortmund are looking for no less than €70m for the striker, but will consider the possibility of taking Olivier Giroud as part of the deal. They were after the HFB last summer, he was open to a move but in the end decided to stay at Arsenal.

If that sounds like a hefty fee for a 28 year old, his goalscoring record has to be taken into account: 141 goals in 212 appearances for Dortmund. Why on earth would they let him go cheaply? Dortmund play Hertha Berlin tomorrow night and Aubameyang is in contention for a place in the squad after his disciplinary issues – whether he plays or not may tell us something.

Also, it’s worth considering Arsenal’s finances and transfer dealings since the summer. Have a look at this:

Arsenal’s transfer business since last summer, profit on deals around the £60m mark following the sales of Francis Coquelin and Theo Walcott. That should change with the addition of new players this month. pic.twitter.com/09KFT81hYa

That’s profit, on top of what we already had to spend, of £60m, plus hundreds of thousands off the wage will because of the players we’ve let go. I’d conservatively estimate a minimum of £350,000 has been shaved off our payroll – although we have added the salaries of Alexandre Lacazette and Sead Kolasinac.

Nevertheless, Walcott and Coquelin combined this week take £200,000 from it, and that’s money we can use on incomings and existing squad members we’re trying to keep. It’s also now abundantly clear that the transfer market is this season’s formation change. The manager’s decision to go to a back three last season was firefighting, a way of shocking his team back into some kind of focus, and this time around we’re clearing the decks and, hopefully, bringing in new players who can add some freshness and a new dynamic.

As exciting as it always is to buy players, I can’t look at this as anything other than more firefighting, a desperate attempt to get our season back on track. And look, it might work, and I will delighted if we start to win games again and look to play the kind of football we’ve all come to expect down the years. Yet let’s not kid ourselves that this was a well formulated plan or strategy. As ever we’re in reactive, rather than proactive, mode and with that comes risks.

Anyway, Arsene Wenger will meet the press this morning, and it’s bound to be interesting with all that’s going on. The Alexis Sanchez situation looms large over everything, and hopefully we’ll find out more about what’s going on there. We’ll have all the team news and transfer updates over on Arseblog News, so join us for that.

Till tomorrow when I’ll return with more and an Arsecast.