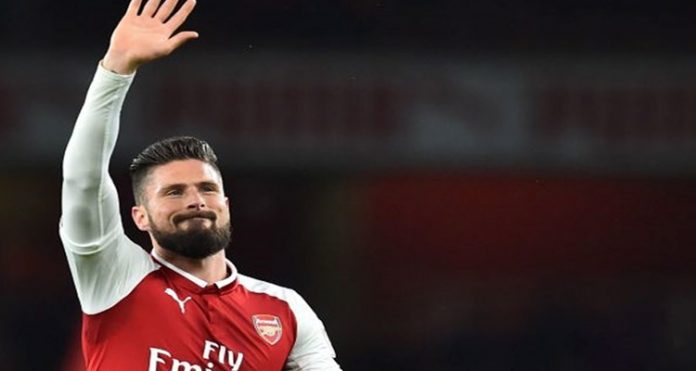 So, what better way to get your Monday off to a start than some overnight developments in the chase for Pierre-Emerick Aubameyang?

Late on Sunday night, the usually well informed kicker reported that Borussia Dortmund and Arsenal had more or less found total agreement over the transfer of the striker, with a fee of around €63m mentioned, and with just some small details to iron out. As ever with transfers you have to remain a bit cautious because there are so many variables, but this does seem to be a significant development.

It would mean, if true, that we’ll have broken our transfer record again, the fee eclipsing the €52m paid to Lyon for Alexandre Lacazette last summer. It seems unlikely that the deal will get done in time for him to play tomorrow night against Swansea, but hopefully he’ll be available for this weekend’s game against Everton.

If it goes through we’ll be adding a striker who scored 141 goals in 212 games for Dortmund, and with the addition of Henrikh Mkhitaryan – who replaced Alexis Sanchez – we’re looking at building an entirely new attacking dynamic. Yes, it seems to be very much off the cuff rather than part of some great plan, but that’s not necessarily a bad thing. You get the sense that if we think about stuff too much, we find a way to talk ourselves out of it, and the circumstances of this transfer window have led us down this particular path.

As ever though, there’s yin to the yang. The kicker report says that Olivier Giroud had been part of the negotiation but did not want to leave London. Thus, they suggest the arrival of Aubameyang and the presence of Lacazette could see him move to Chelsea. I don’t know if they mean on loan or a permanent basis, but we know for sure that they’re after a striker and he would fit the bill.

Premier League experience, a far better player than some of the names they’ve been linked with, and a man who knows he needs to play more during the second half of the season. There’s the World Cup in Russia coming up, and if he wants to keep his place in the France side he has to play regular football. So far during this campaign he has started just one game in the league, and you can understand why he might want to go, and also why Arsenal would be open to that.

However, I have serious reservations about allowing him to go to Chelsea. As we saw on Wednesday night in the 2-1 win which sent us through to the Carabao Cup final, they have problems right now. They seriously lack attacking depth and quality, and their manager appears to be permanently on the brink of meltdown.

Adding a Handsome French Bloke like Giroud would certainly soothe him, add goals to their team, and make them better – even if it is temporary. Why would we do that? Sometimes I think we’re too nice to players, we put their interests above those of the club, and in many ways that’s admirable. We’re not constrained by rivalry and we do the best thing for them as people/individuals.

However, there are other times when we need to prioritise what’s best for Arsenal, and in this case it would seem to me that doing anything that would help Chelsea is counter-productive. There’s an 8 point gap between us and them right now, which is large but not insurmountable. If the wheels are coming off there and we help get them back on track, then we’re putting our own ambitions for this season – to finish in the top four – at greater risk than they already are.

I like Giroud a lot, I think he’s a solid player who has been unfairly maligned at times by Arsenal fans who have wanted him desperately to be something he’s not. He scores consistently, and if he goes there he’ll score for them. I realise that a few years ago it was a Jose Mourinho led Chelsea that strung us along for a deadline day deal for Demba Ba only to pull the plug when it was too late, leaving us with no time to sign anyone else, but football fans are like elephants. All grey with massive trunks. And we don’t forget.

I’d be all on for doing something similar to them with regard Giroud, causing Antonio Conte to barricade himself in Abramovich’s office with collection of sharp knives and a garotte, crying “Look what you made me do!” as it all ends in ‘tragedy’, but I just don’t think we’re that kind of club. As I said, that’s probably a good thing, but you know maybe we should give it a try. We might like it.

What I do hope is that if Giroud really wants to go, and again I understand why he would, we make it well known to all and sundry that he’s available – even on loan till the end of the season – and that there’s a more palatable destination for him to choose than Chelsea. I guess we’ll find out in due course.

Anyway, it looks as if stuff is going to go down this week, and as ever we’ll have all the news as it breaks over on Arseblog News. In terms of a podcast today, James is not back from his travels until tonight, but I’ll see if I can work something out. If not we’ll try do something tomorrow, but it’ll be a strange week with transfer deadline day, so podcasting might be a bit more ad hoc over the next few days.

I’ll update via Twitter @arseblog when I know more, so give that a follow if you’re not already.

Till tomorrow (on here anyway).