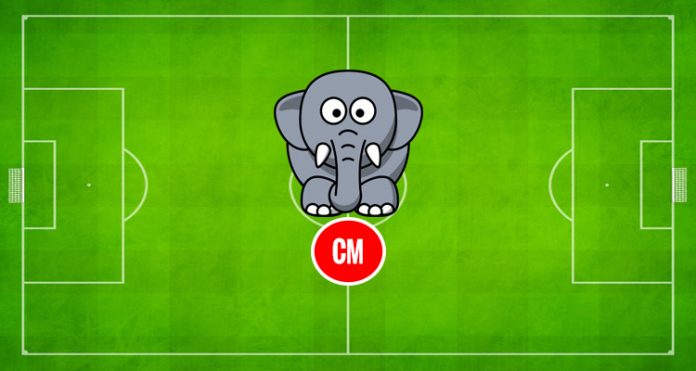 Morning all, welcome to Friday, and the transfer mayhem continues. Yesterday Arsene Wenger more or less confirmed the departure of Alexis Sanchez to Manchester United, saying a deal involving a swap for Henrikh Mkhitaryan was likely to happen.

He threw in the usual caveats about how things can change with transfers at any moment, and we all know that’s the case, but it seems probable that this one is going to get done. The intricacies of the deal are yet to be ironed out, but the manager insisted wages would not be an issue when it comes to Mkhitaryan, and said that the only reason the player exchange was taking place was because the Armenian is a player he likes.

In the summer of 2016, we were *this* close to signing him, but Wenger changed his mind very late on. Interestingly, my information is that Mkhitaryan was not, as some thought, someone who would have augmented that squad, but replaced Sanchez who we were considering selling at that point, so it’s funny how these things come around again.

I still don’t like the idea of the Chilean going to United, but over the last week I’ve got used to it from one perspective. I don’t begrudge him the money, I think he’s perfectly entitled at 29 years of age to maximise his earning potential and join a club which offers him a chance at the silverware Arsenal can’t currently compete for.

I was cool on Mkhitaryan too, but his arrival could coincide with that of Pierre Emerick-Aubameyang, and while there are obviously doubts about the former because of how things have gone at Old Trafford, you can see how, potentially, it could add a new dimension to our attacking play.

I tend to agree with Wenger when he says the departure of Robin van Persie to United was more painful than that of Sanchez, but there’s the Mourinho factor to consider. I cannot abide the idea of us doing anything that might suit him or make him happy in any way. So, it’s not so much Alexis going there, as him going there while that poisonous little jabberwanker is in charge.

Does that make me a petty person? No, I think it makes me a normal human being because outside his relatively small band of supporters and admirers, doesn’t everyone want Mourinho to be unhappy – particularly when it comes to his work as football manager? This big-mouthed, ignorant, rude, eye-gouging, self-important blowhard has about fewer redeeming features as a turd smeared across the bottom of your shoe, so while I can objectively understand Sanchez wanting to leave Arsenal and all the reasons why he’d want to go to United, that part of it will never sit right with me and makes me fervently wish for the whole thing to be a disaster at their end.

Anyway, if United want him for the weekend, and we want Mkhitaryan for tomorrow’s game against Palace, there’s a 12 noon deadline for the deal to be done, so it’ll be interesting to see if they can get that over the line in time.

Meanwhile, Pierre-Emerick Aubameyang was left out of the Borussia Dortmund squad for their trip to Hertha Berlin tonight. The Dortmund sporting director hit out at Arsene Wenger as disrespectful for talking about the player in his press conference, but in reality the manager pretty much avoided doing that, and the reaction from Germany is all part of the game.

They want the deal done on their terms, as they have every right to do, and won’t make it easy for Arsenal. There’s a big fee being touted, and the possibility of including Olivier Giroud in the deal which would be a remarkable thing if true. If it were to happen, and all the other deals went through, it’d mean Arsenal shifting three players who, between them, scored 65 goals for us last season.

That’s a considerable amount of firepower to lose in one transfer window, especially January, but the aim would obviously be for the new players to help make up that shortfall, along with the a new team dynamic getting more out the players we already have – in particular, finding a way for Alexandre Lacazette to start scoring again.

So, it’s all action up the top end of the pitch, but there’s a big old transfer elephant in the room, and that’s our midfield. I like the idea of refreshing our attacking options, and breathing new life into that area of the team, but our central midfield options remain a key issue for me. Our inability to control games from that area of the pitch is a problem, and it’s hard to see how we solve it with the personnel we already have.

Unless Wenger has so much faith in Ainsley Maitland-Niles that he sees him as somebody who can add qualities none of the others possess, we must surely be on the market looking out for a player who can give us more quality in there. In their own rights, you can see real good players in Ramsey and Wilshere, but as a partnership they have never properly clicked and the question marks over their fitness cannot be ignored.

Granit Xhaka is very obviously struggling to do what’s being asked of him, while Mohamed Elneny is solid if unspectacular option. There’s a very big gap in our squad here, and if we continue to ignore it, we’ll continue to find it hard to impose ourselves on games the way we should.

It also strikes me that if you’re planning on using those attacking options to the fullest extent, you have to shift formation again to a back four, and put the extra man further up the pitch. If, for example, you want Ozil as the creative fulcrum at the top of the midfield trio, you need two behind him who can do the work that will allow him the platform to do what he does best. I don’t see that combination in what we’ve got, and I really hope that between now and the end of the month, this is something we’ll address in a meaningful way.

Anyway, let’s see what happens today in terms of transfers, and we’ll have all the latest over on Arseblog News. For some extra reading this morning, here’s Tim Stillman on Alexandre Lacazette.

Finally, I’ll leave you with a brand new Arsecast, with insight into Aubameyang and Mkhitaryan from @LGAmbrose, as well as Crystal Palace chat and discussion of an interesting potential Wenger successor with Ed Malyon (@eaamalyon). Listen, subscribe, and if you like it, tell other people too, it helps! Have a good one.