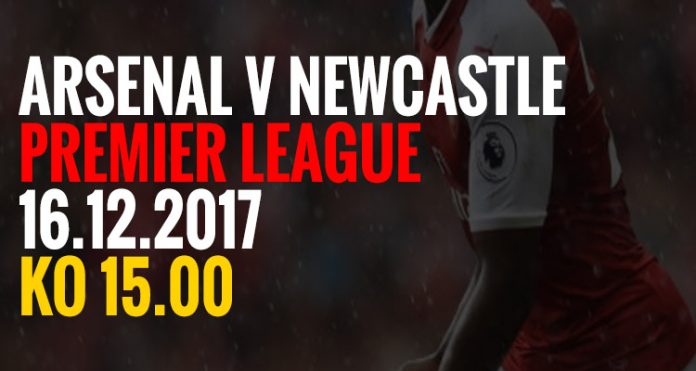 It’s Newcastle today in the Premier League. Arsene Wenger vs Rafa Benitez. As opposition managers go I quite like Benitez, actually. I hope I like him fine at the end of today when his team have been handed a solid thrashing by our chaps, and don’t take agin him because of some tactical masterclass that sees us drop more points.

It is time to get back to winning ways having drawn two and lost one of the last three. Arsene Wenger says his team need to move the ball more quickly to start scoring again, and if you’ve watched Arsenal long enough you’ll know there’s a direct correlation between these periods we go through when goals are hard to come by and the ‘sterile domination’ of lots of passes that go side to side with all the the pace of a turtle on morphine.

Maybe we have to speed up our passing and have more penetrating runs in the final third to create more chances. Maybe we need support for our central strikers in the box as well. We want to continue what we do well and improve the finishing, be a bit sharper in our finishing.

While Hector Bellerin is pointing the finger at those at the business end of the pitch, saying there’s needs to be more:

… football that is played in a flamboyant, fast, first touch style. We do know that we lack a bit of that, especially in the final third of the pitch. Defensively, we’re doing well, conceding few goals, but we really need to improve upfront. So, we must keep working hard and play the next match with more incisiveness.

I’m not sure that we’re doing that well defensively, having gifted United three goals, being lucky not to let in more against Southampton, and getting away with late calamity against West Ham that could have seen us lose on Wednesday night. However, I take his point about doing more in the final third, that’s inarguable.

Today we’ll see how Arsene Wenger sets up his team. Will it be with a back four again? Which back four will it be? Will there be a left back who is a left back? Ainsley Maitland-Niles was given a go there against West Ham, and to his credit he performed well. Well enough to convince Wenger he wasn’t overawed by the occasion and is thus in contention to play in his natural position in defensive midfield? That remains to be seen, obviously, but he might give us better balance in there with a couple of left-footed players around him.

There’s also Francis Coquelin and Mohamed Elneny to choose from if he wants to do that too, while Aaron Ramsey looks like he’s going to miss some very important games with a three week absence due to his hamstring strain.

Up front Lacazette’s scoring record at the Emirates, plus his relative freshness, means he should get the nod ahead of Olivier Giroud, and although he’s been struggling for form it doesn’t sound as if the manager is going to rest Alexis Sanchez. Asked about his lack of goalscoring, Wenger said:

It’s difficult to explain. As we spoke about Sanchez last year, he scored 24, he’s on four at the moment. But he is still committed and he works hard.

It feels like he could use a goal or two to get him going, and periods where he finds goals hard to come by are not at all unprecedented. Maybe not last season, which was his most consistent for scoring, but in previous years he’s had spells where it just doesn’t happen for him and then he gets back on track. Finding that track today would be useful.

The frustration of the last week has been palpable, dropping points against two very beatable team is really quite annoying. However, when you look at the table we’re only one point off the top four (at the time of writing) so overall things aren’t quite as bad as they feel. However, there’s a real need to start winning games again, and at home – where the record has been excellent until the United game – we should have enough for a Newcastle side struggling towards the wrong end of the table.

You could have said that about the last two games, of course, so let’s hope we don’t make it a hat-trick of misfiring twattery today.

Right, that’s that. All the reports and what have you on Arseblog News later, and for today I’ll leave with this week’s Arsecast, which has lots of good, good stuff for your ears so get it into ya before kickoff.