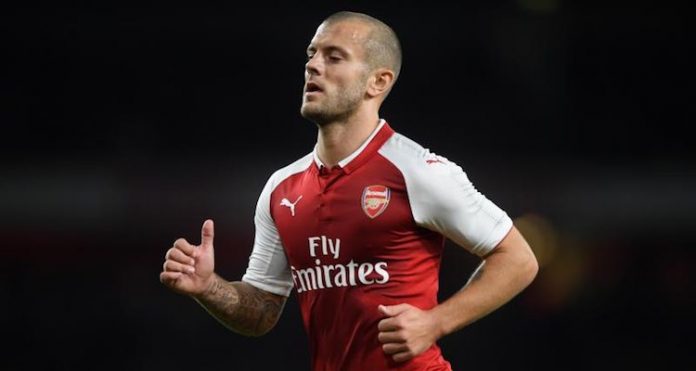 After a disappointing away day at Southampton on Sunday, we don’t have long to wait to have the chance to put that right, with another game on the road. It’s West Ham at the Freebie Stadium tomorrow night, and Arsene Wenger has got some thinking to do about his team.

We don’t know for sure if Aaron Ramsey is going to miss out, but if he does have a hamstring strain the manager is going to have reconfigure his midfield. There will be calls for Jack Wilshere to come in, and I’m ok with that in general, but I do wonder if people have set their hopes very high on him and the impact he might make.

I suspect when Wenger said he saw him more as a player for the front three, it’s because he felt he lacked the fitness/stamina to play deeper in the midfield. Let’s not forget, Wilshere broke his leg back in April, and has been sensibly eased back into action with us. A player with his injury record has to be managed carefully, and the idea that he should have been part of the ‘Premier League’ starting XI before now is a bit fanciful really.

Those critical of the fact that he’s not would likely have been just as critical if he’d been thrust into playing before now and picked up an injury because his fitness wasn’t where it should have been. The other thing to consider is that Wilshere is enjoying a period of being not Granit Xhaka or not Aaron Ramsey, two players who leave people frustrated.

The fact that he’s something different lends him a certain goodwill. And look, he does have different qualities from both of them – he is the only player we’ve got since the departure of Tomas Rosicky who is capable of breaking the lines from deep with some skill or a burst of pace, but even so it’s not something we’ve seen a huge amount of, even in the Europa League games against far lesser quality opposition than we’ll face in domestically.

However, people want him in the side to replace Xhaka, and as much as I would love to see him come in and play well, I don’t think there aren’t too many midfielders around who would cope with the system we have which tends to leave our deepest lying midfielder so isolated. In a deeper-lying two, with someone around him to do some of the leg-work, I think Wilshere can work, but then I also think Xhaka would benefit from that.

It basically means a change of formation though, and as I mentioned the other day, if we need to get the maximum from our squad, then a back four and an extra man in midfield – whether that’s deeper or attacking – is the way to do that. It means there’s back up/competition for Hector Bellerin in the shape of Mathieu Debuchy. It means we have Monreal and Kolasinac to fight it out over left-back. It allows Wilshere to play in midfield and not be asked to do a job in the front three he’s not really suited to. And it even gives Theo Walcott a role he’s familiar with and reasonably effective at.

Without that formation change though, we have lots of square pegs and round holes, players become comfortable because they know they’re the only one for a particular position – wing-backs in particular – and even if Wilshere was given a go as the deepest lying midfielder, I think the same issues would manifest themselves even with his best efforts. We would remain imbalanced in there.

The other thing that makes me wonder is if we do shift, would Wenger play two left-footed central midfielders together (Wilshere and Xhaka)? Does Jack have the legs to do the running required in that position? I guess there’s only one way to find out, but I just fear that those who think he’ll be the panacea to all our midfield problems will be disappointed, and these days it doesn’t take much for disappointment to turn to anger.

And speaking of anger, what is about Aaron Ramsey that makes people so furious? I get that he’s a divisive player for some, and I can understand why to an extent. I’ll admit I like him a lot, I think he’s been one of our best players so far this season, and like others in this side I don’t think we’re necessarily set-up to get the best out of him.

However, I find it shocking to see how a potential injury to him – especially at this incredibly hectic time in the schedule – is celebrated by some Arsenal fans. I realise people say stupid shit online all the time. I understand they say things they wouldn’t say in person and that they can exaggerate in order to make their ‘opinions’ stand out, but the relish which some have taken over his potential hamstring strain is really difficult to understand for me.

Wishing injury on an Arsenal player, especially one who is actually important to us, whether you like him or not, is appalling. Up there with people who claim to be fans but actively want us to lose games. This is a guy who came back from a catastrophic injury – similar one which derailed and ruined the careers of Abou Diaby and Eduardo – yet I see Arsenal fans wish him a similar fate.

It’s not even as if he’s a terribly controversial character. He’s not a Robbie Savage-esque wind-up merchant who gets under people’s skin, or a layabout wastrel out carousing at night or not turning up for training. He seems a perfectly nice, if not terribly exciting, young man who has scored two epic FA Cup final winners for us and wants to save rhinos.

I just don’t understand why there’s so much hatred for him. And this is not a new thing, by the way, this has been going on for ages. I can’t tell you how many people I’ve muted on Twitter, or comments I’ve deleted on the site from people who want to make sure everyone knows how much they hate him. It’s so weird.

Anyway, final bit of news for the day, the draw for the Europa League knock-out stages was made yesterday, and we’ll face Swedish side Ostersunds FK. Amazingly, this a club which didn’t even exist when Arsene Wenger took over at Arsenal, and one which has risen from the fourth to the top tier of Swedish football under the stewardship of English manager Graham Potter.

The first leg will take place in Sweden in February when it is going to be very cold, very snowy, and on an artificial pitch. The Europa League has been a bit dull through the group stages, but this is different and interesting, and it’ll be fun to see how the manager approaches it when the time comes. Orange ball?!

In the meantime we’ve got lots of other games to contend with, and we’ll have all the pre-West Ham team news etc over on Arseblog News when Arsene meets the press this morning.

I’ll leave you with this week’s Arsecast Extra which discusses Southampton, Alexis and more – as well as answering the question every football fan is asking themselves this week: which foodstuff would you throw at Jose Mourinho? Listen/subscribe below.