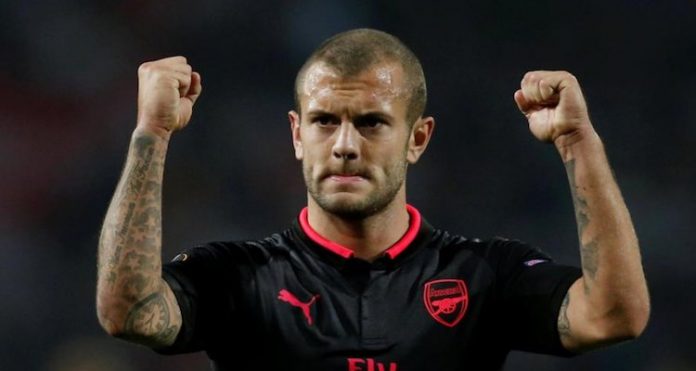 It’s Europa League action tonight as we face Red Star Belgrade at home. The last round against them produced a rather unmemorable game, but in the end we won with a superb Olivier Giroud goal that stands up to some replaying.

It’s hard to see Arsene Wenger sending out a team too much different from the one we saw in the last round. The continued absence of David Ospina means that Matt Macey will make his European debut, while Ainsley Maitland-Niles and Reiss Nelson will continue to play as wing-backs with senior players like Olivier Giroud, Theo Walcott, Mathieu Debuchy and Jack Wilshere in the mix too.

It’s an interesting challenge for the manager this season. He is essentially managing two completely different teams. The Premier League one, and the Europa League/Carabao Cup one. He hasn’t really been able to produce consistency in either side, and while the wins over Cologne and BATE Borisov were enjoyable, tonight could just as easily be a repeat of what we saw in Serbia a couple of weeks ago which was pretty drab.

Either way, a win would more or less secure top spot in the group, and if we do win and BATE fail to win their game we’ll qualify as group winners regardless of what happens in the final two fixtures. Hopefully, as I wrote earlier in the week, that will give the manager licence to experiment a bit more with his team selections.

On the rotation side of things, Wenger is hoping that being able to give so much playing time to ‘fringe’ players will stand us in good stead as the season goes on. Asked if he was tempted to play the likes of Ozil, Sanchez and Lacazette, he said:

I’m not tempted because I have another trio who will play on Thursday night, like Walcott, Wilshere and Giroud. They all want competition, they all deserve competition because of their quality. If you look at the number of minutes played by all of these players since the start of the season, many of them are in very competitive shape and that should be an advantage of us for the rest of the season.

I guess where it will start to become a bit trickier is when the quality of the Europa League opposition increases. He may well stick with his Europa League teams, but may need to have some more back-up on the bench. It may well impact on his Premier League team selections too, but for now he’s finding the balance pretty well and hopefully those given the nod tonight can continue to get the right results.

Meanwhile, one of the features of the Europa League team has been the deployment of Jack Wilshere in the front three, rather than as part of the central midfield where you’d normally expect him to play. At first it seemed as if this was a way of reintroducing him into the team without the huge physical demands that playing in the middle makes, but after what the manager said yesterday it could be a bit more permanent than that.

For me, Jack is in the position between wide and completely central, or in that area behind the midfield, because he turns the game forward well, he can chip a little ball and he can pass people on the short space.

That’s why I think the system suits him well. He’s a little bit in conflict for a position with Ozil and Sanchez. I consider him as part of the front three.

Is this because he thinks he just can’t perform in central midfield anymore, or that he genuinely thinks this is the best place in this system for him? Is it a season long audition to see how effective he can be there – like a way of planning for life without Sanchez and Ozil?

There have been calls for Wilshere to be played more regularly, but right now you can understand the reluctance to use him in the Premier League. He is being eased back into action after another relatively serious injury, and the two cup competitions are giving him the minutes he needs to build up his match fitness. The timings of those games mean starting him in the league would be high risk.

If he does stay fit though, he could give Wenger something to think about. He has qualities which could be very useful in the centre of midfield, but ultimately everything is dependent on his fitness – including his long-term future. With a contract that expires next summer it’s an issue that has to be resolved sooner rather than later, something the manager acknowledges:

I said many times that would be decided in December. I wanted to give him six months not to think about that and see where we go. Do we want to clear it up before the January window? Yes.

It sounds like new terms will be on offer if he can keep himself out of the treatment room. Then there’s the question of whether or not extending with Arsenal is what Wilshere wants, but that’s a different issue. It’s also interesting to hear the boss suggest Gareth Southgate should pick him for England at a time when he can’t get into the Arsenal team for the league games.

Anyway, let’s hope he has a good game tonight and gives his manager(s) plenty to consider in the weeks ahead. Right, that’s your lot for this morning. We’ll have all the post-game stuff over on Arseblog News as ever, more from me tomorrow.