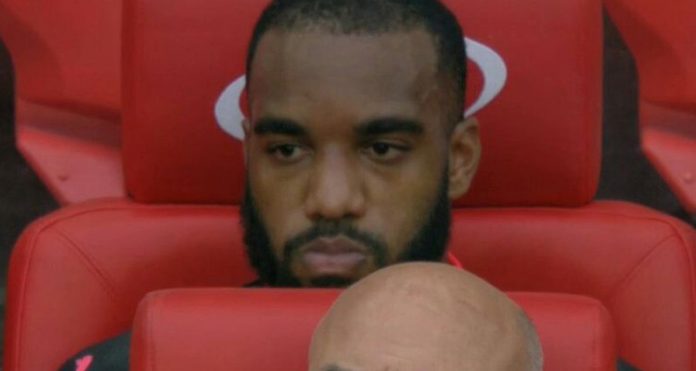 All right then, welcome to Friday and we have just a little over 24 hours until the North London derby.

Arsene Wenger held his press conference yesterday, providing some team news which we’ll get into in more detail in tomorrow’s preview, but basically Danny Welbeck and Shokdran Mustafi will have fitness tests to see if they’re ready after being out injured for a few weeks; Laurent Koscielny should be ok after sitting out France’s game against Germany in midweek; while Olivier Giroud will likely miss out after picking up a thigh strain during the Interlull.

With Giroud out and Welbeck on his way back from injury, there seems little doubt that Alexandre Lacazette will start the game up front, despite the fact he began the game against Man City on the bench. I say ‘little doubt’ but there must also be a little doubt, simply because of the way the manager has used him at times this season.

It was put to him that there might be a trust issue there, but that was something he downplayed completely:

No, that’s not the case at all. I have a big choice every time up front, but he played many games Alexandre Lacazette.

He didn’t play away from home against City, I think that’s the only game he didn’t start. Overall, I trust him completely.

I quite like how he’s completely blanked the Liverpool game – where Lacazette also didn’t start – completely out of his mind. I wish I could do that. But it’s time now to show real faith in his record signing. He’s a goalscorer, and we need him to score goals. The only way he can do that is by being on the pitch, and in big games in particular the ability of a clinical finisher to make the difference can be vital.

It’s something Wenger acknowledges himself. Responding to a question about whether this current team is tough enough, he said:

I believe that a football player has to be efficient and that counts the most. Efficiency if you’re a defender is not to make any mistakes and to win the ball and when you’re a striker it’s to put the ball in the back of the net.

Is that tough or not tough? it doesn’t matter too much, it’s how efficient you are in your game.

Lacazette showed his efficiency against Man City. He came on, scored a goal which got us back into the game, and had the offside not happened, perhaps he could have demonstrated it in a way which might have resulted in a more positive outcome. I know they were miles better than us on the day, but when you talk about games being decided by fine margins even if the gap between the sides on the day is big, this is one of those.

I can’t envisage any situation or team selection – beyond a late injury – that would see Lacazette not start this game. I think the bigger issue for Wenger is who is going to play behind him and provide him the ammunition he needs. It’s hard to look beyond Mesut Ozil and Alexis Sanchez, but there have been some signs that his faith in them isn’t quite 100%, but we’ll see tomorrow morning and take it from there.

Beyond chat about the derby, power shifts, and all that, there was a worrying update on Santi Cazorla, with the manager describing his injury as ‘the worst I’ve ever known‘. When you consider this is a man who has seen the destruction of Abou Diaby’s ankle and the way it wrecked his knee and legs; someone who witness the open compound fracture sustained by Eduardo da Silva; and the horrendous leg break inflicted on Aaron Ramsey that really tells you something.

Cazorla is still training on his own in Spain to try and make a comeback, but when asked if his career was in doubt, Arsene said:

Let’s not talk about that, but I hope that you are wrong.

Of course we all hope that’s not the case, and the unwillingness to discuss that possibility in public is obviously the right thing to do. It’s clear, however, that while part of that is because he doesn’t want to remove any glimmer of hope that’s keeping Cazorla going, it’s also because it’s probably true. When you see the state his ankle is in, it’s so hard to see him making any kind of significant comeback.

At this point, I think the best we can hope for is that some time late in the season, when hopefully there are games that aren’t crucial to where we finish (eg – top four is secured), we might see a late cameo or two from him. The chance to see him in the shirt again, and give him the applause and send-off he deserves. It’s such an awful shame what’s happened to him, and maybe we might get a nice surprise with his fitness, but I think we have to countenance the idea that this injury is going to finish his top level career.

For some extra reading this morning, Tim Stillman writes about George Graham and his reign as Arsenal manager. It’s often a subject you see dividing people online these days, for obvious reasons, but perhaps it gives us some glimpse of the future. If people can overlook the fact he went and managed Sp*rs (a far more serious indiscretion in my book than the bung thing) and still appreciate the good things he did, then the passage of time should soften people’s view of Arsene Wenger when his Arsenal days are over.

For more on George, you should listen to this week’s Arsecast immediately, because I chat to Ian Wright about him, his methods, and lots more ahead of the derby tomorrow. There’s further analysis of the game with Clive Palmer (@clivepafc), and a chance for you to win one of five copies of Jens Lehmann’s autobiography ‘The madness is on the pitch’.

All the links you need to listen and subscribe are below, we’ll have news throughout the day on Arseblog News, and I’ll be back tomorrow with a full preview of the game. Until then.