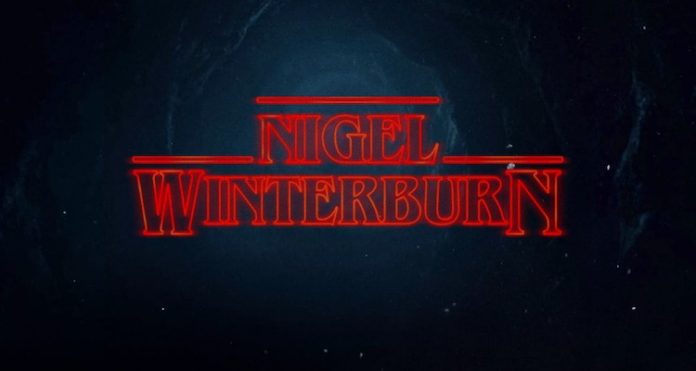 Arsene Wenger became the president of the US in my dream, leaving a vacancy at Arsenal which many speculated would be filled by a top name manager. Instead, we appointed the police guy from Stranger Things and his first signing for the club was Nigel Winterburn who he’d talked out of retirement to play as a centre-half.

It didn’t work out for Nigel, as the cut and thrust of the Premier League was too much for him, and he was sent off on his re-debut for an atrocious foul on Harry Kane but nobody complained because in my dream everyone was a nice person who understood human frailty.

This morning Arsene is still manager, Nigel won’t be deputising in the back three, and the world is not the idyllic place full of people for whom compassion and perspicacity are key markers of their personality. Ah well, what can you do?

Speaking of playing at centre-half, what about the stat/fact (what’s the difference?) that when we’ve played Laurent Koscielny, Shkodran Mustafi and Nacho Monreal as our back three, we haven’t conceded a single goal? That’s pretty impressive. I checked it out and those games are:

Pretty decent, you have to say, but Arsene Wenger is probably going to have to try and replicate that with a different trio tomorrow night against Huddersfield. With Koscielny’s ongoing Achilles problems, managing him through a really busy period of the season is going to be a bit of a challenge for the manager.

Mustafi should be fine, having just returned from injury he’s unlikely to be fatigued, while the machine-like Nacho Monreal has – along with Hector Bellerin – played every single minute of Premier League action so far. Does he need a rest? Probably, at some point, but not tomorrow night.

So, I suspect we might see Rob Holding come into the back three as the manager tries to keep key personnel fresh for Saturday evening’s visit from Man Utd. There are probably going to be a few other changes too. It wouldn’t surprise me at all to see Olivier Giroud and Danny Welbeck start in the front three, and I suspect Aaron Ramsey and/or Granit Xhaka will be in Wenger’s thinking too (probably the former more than the latter).

It’s about finding the balance though. Make some changes but not so many that you affect the team too greatly. The Europa League has been a bit of a struggle in terms of performance, but the benefit it has had is that if we need to call on some of the ‘fringe’ players they’re not coming into the team without any match sharpness at all, so hopefully we see them raise their game with a more effective support mechanism around them.

The manager should be meeting the press this morning, so we’ll get a better idea of his thinking about team selection and all the rest. We’ll bring you that news over on Arseblog News, and there’ll be a full preview of the game here tomorrow.

Meanwhile, you might remember a story from last month about Arsenal looking to appoint former Barcelona Director of Football, Raul Sanllehi, to a new role which was reportedly titled ‘Director of Operations’. There’s are further reports this morning that his announcement with us could be imminent, perhaps as soon as the end of the week.

Quite what the ‘Director of Operations’ will be responsible for remains to be seen, but it sounds like a de facto Director of Football, but with a different name – probably because of the manager’s distaste for that particular job description. His objection, however, is about removing responsibility that he has as part of his job, and to be fair he spoke about that quite openly, saying:

Director of Football, when I say that it’s a guy who makes the decisions that normally down to the manager. That means selection of players, buying, all the matters that concern the functioning of the team on a daily basis.

You can, even if you disagree, understand why anyone would be reluctant to have someone else come in and make decisions of that magnitude, but I don’t think he’s as blind to the fact we need to improve our structures as people think. He went on to say:

We know that for years he worked alongside David Dein very effectively, there was clear trust there and the former vice-chairman had the authority to make things happen. Since then, Wenger has done more, not always as effectively as he should have, but perhaps we’re beginning to see him concede that improvements have to be made.

The appointment of Sven Mislintat as ‘Head of Recruitment’ is hugely significant, not least because it precipitated the departure of long-time chief scout Steve Rowley, and if we add Raul Sanllehi to the backroom staff, it can’t be viewed as anything other than a huge positive as we prepare for the future.

He may, when the time comes, assume the role of a Director of Football as we understand it at other clubs, but for now he’d work alongside Wenger to ensure that we get all the things done we need to. Whether that’s buying, selling, or retention of players, having more hands on deck – and experienced hands at that – can only be a good thing. Let’s see what happens.

Right, that’s your lot for this morning. I’ll leave you with yesterday’s Arsecast Extra in which James and I enjoy the last minute win over Burnley and lots more. Get it into your ears. Till tomorrow.