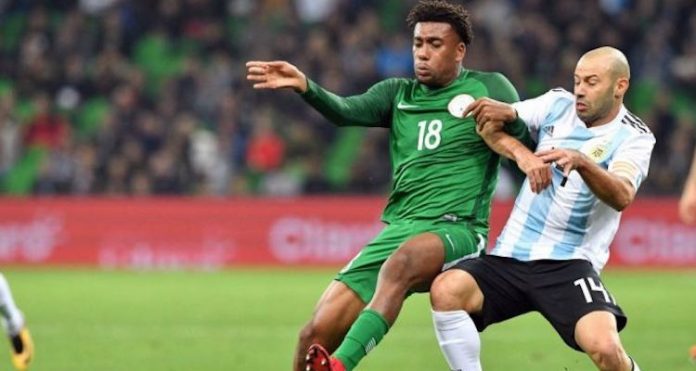 So, Ireland will not be going to the World Cup next summer having been thoroughly dismantled last night by a Denmark side, some really dodgy Martin O’Neill decisions, and a hat-trick for Christian Eriksen.

Given that we play Sp*rs on Saturday, it wasn’t much fun to see him play as well as he did, and while I’m not one to wish serious injury on players, there was a part of me that hoped he might just tweak his hamstring or something in the final few minutes. Just a few weeks out, nothing more than that, but as it is he’ll come into the game at the weekend full of vim and confidence.

He was as excellent as Ireland were not, and when O’Neill went for it at half-time, removing two-thirds of his midfield to bring on Wes Hoolahan and Aidan McGeady, it was exactly what Denmark would have wanted him to do. They had time and space and then some more space and time, and two superb finishes for Eriksen were capped by a late penalty which was put away by none other than Nicklas Bendtner.

Now, I’m not saying bringing on McGeady should be a firing offence, but people have gone to prison for less. Luckily for Ireland, O’Neill and his assistant Roy Keane signed new contracts before the playoffs, so there’s another campaign of this ilk to look forward to. I realise there are issues with the quality and standard of players available to him, but man are Ireland hard to watch as they hoof it long and hope for the best.

Not that a lack of choice is an excuse though. Look at what Iceland (population: 312) have done. They topped their group on the way to their first ever World Cup finals, and while they’re riding high on some recent momentum, it shows that it is possible to make something good happen if you’re organised and you – dare I say it – allow your players to try and pass the ball to each other rather than try and blast it as far away from their own goal as possible at all times.

Anyway, well done to Denmark, they’re off to Russia next summer, and let’s hope Eriksen has got all those goals out of his system.

Elsewhere, there were Arsenal men among the goals in some of the international friendlies that took place. Nigeria beat Argentina 4-2 with Alex Iwobi scoring twice. His second, in particular, was really lovely, and anyone whose heart doesn’t skip a beat when Javier Mascherano gets nutmegged on the way to conceding a goal is dead inside.

You can watch the Iwobi goals here, and it’s good to see him perform. I realise it’s only a friendly, but two goals against Argentina are not to be sniffed at, and let’s not forget that it was his strike last month that helped secure Nigeria’s World Cup place. At club level there are still some questions, of course, especially given that Mesut Ozil and Alexis Sanchez play in the positions he’d fill more normally.

However, it’s hard not to think back to that demolition of Chelsea last season when he was instrumental in what looked to be a very exciting forward foursome. Things have changed with the introduction of the back three system, meaning it’s more difficult for the manager to deploy that – and the extra attacking man – but he did have a big part to play in our goal against Man City, and if he can contribute in that way more regularly then he’ll force his way into Wenger’s thinking more often.

It feels to me like he needs some kind of a breakthrough for us, the kind of performance that convinces him he really belongs – and by extension everyone else too. I think there’s a really good player in there that hasn’t quite flourished yet, but hopefully the two goals this week can send him further down the path where he can.

Meanwhile, Alexandre Lacazette scored two as France drew with Germany, while Mesut Ozil got an assist in the same game – watch the action here. That’s a good warm-up for this weekend when we’ll need those two, and Alexis Sanchez, to be at the top of their game for the derby.

Bar any kind of injury issues, I can’t envisage a situation where the manager doesn’t pick that front three that dovetailed so well at Goodison Park a few weeks ago. The Man City team selection remains an odd one for me – even if I could see what some people were saying about it – and I just don’t think Wenger is a man who does caution particularly well.

It has worked from time to time, but it goes against all his natural instincts as a manager, and if we go into Saturday’s game with that kind of mindset it’d add to the worries I already have. I know it’s not exactly sophisticated, but I feel our best way of winning the game is to focus on where we’re strongest – and that’s up front.

So far this season we’ve seen AOL front three just once, and it was superb – albeit against a dismal Everton side. But how are we ever going to know if it can replicate that against better teams if we don’t pick it? Time to go for it.

Update: Thanks to Stayne for reminding me of the Swansea game.

Right, that’s that for the Interlulls until next year. From now on it’s all Arsenal, all the time, with league, Europa League and Carabao Cup on the agenda. Plenty to get our teeth sunk into.