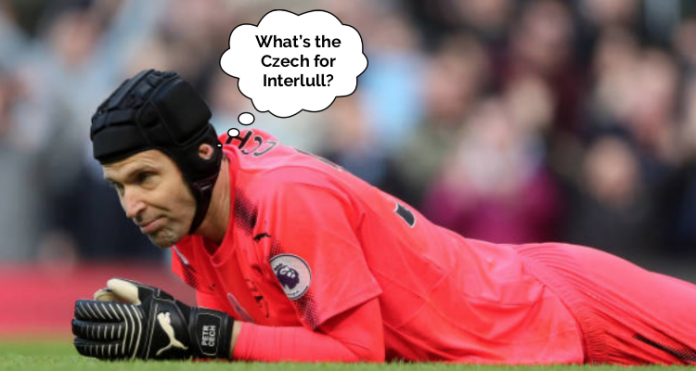 It’s fair to say that Blogs, who is currently making his way back to Dublin after his adventures in Melbourne and Sydney, isn’t missing much on the Arsenal front right now. Defeat at City, coupled with another Interlull, means it’s very quiet.

As far as I can tell, only three of the established first-team squad are facing competitive football in the next 12 days.

Ospina, Mustafi, Cazorla and Welbeck are injured. Cech and Mertesacker have retired from international duty. Chambers and Holding are no longer eligible for under-21 action. Wilshere, Walcott, Coquelin, Debuchy don’t / haven’t been picked by England and France. Bellerin and Monreal have been snubbed by Spain. And Alexis and Kolasinac will get a rest as Chile and Bosnia haven’t scheduled matches.

Friendlies are the order of the day for most of the European nations. Giroud, Lacazette and Koscielny will play Ramsey when France take on Wales in Paris. Les Bleus then travel to Cologne to play Ozil’s Germany.

Nigeria and Egypt have both secured places in Russia but are yet to conclude their World Cup qualification so Alex Iwobi and Mohamed Elneny will make long journeys to Algeria and Ghana.

The player with the most riding on the next week is Granit Xhaka. Despite winning nine of their 10 qualifying matches, Switzerland finished second behind Portugal in Group B and now face a World Cup play-off double-header with Northern Ireland on Thursday and Sunday. Good luck to him, I guess.

Given the number of fixtures we have on the horizon before the end of the year, we should probably treat this period as a winter break of sorts. You can argue amongst yourselves whether some of them deserve it or not.

The fact is, we play 13 games between 18 November and New Year’s Eve – a game every 3.38 days. Even with a chance to rotate in the Europa League and Carabao Cup there’s a lot of football coming up, including 10 Premier League matches at a time of year when we traditionally get the collywobbles.

For all the potential shown by Messrs Willock, Nelson, Maitland-Niles and Nketiah, I can’t see Wenger chucking them into bigger games unless there’s an injury crisis. Which there might be, given the history of some of our players. We’ll see.

Blooding youngsters, or rather, failing to blood youngsters, is a subject the boss has touched on in an upcoming BT Sport documentary called ‘No Hunger in Paradise’.

With England enjoying incredible success at under-17, under-19 and under-20 level over the last six months, the clamour for these talented homegrown kids to get first team opportunities has increased. The film, based on a book by journalist Michael Calvin, reveals that only half of one per cent of boys who enter academies at the age of nine go on to make a living from the game. That’s a staggering statistic.

Wenger, who you suspect would love to play more kids more often, thinks there’s no real answer to the situation given the pressures exerted on managers these days.

Speaking to Calvin, he reflects:

“There is huge English natural talent out there and the best way to prove that and to check that is if you look at the results of the young boys in England youth teams at international level.

“They start to win competitions, they start to exist in every big competition with the youth level. That means the talent is there. Now we go into process number three, the integration.

“I would say today, many, many, many clubs do well part one and part two – quality of education – there’s a lot work that has been done in England. We all fail in part three, integration into the first team.

“Nobody has found a miraculous solution because the Premier League has become so demanding that the gap between youth and reserve level and the Premier League is so big that all the managers sit there and sweat on the Friday night and finally think – let’s be conservative, we’ll see next week.”

It’s an issue that Wenger seems to wrestle with regularly. On the eve of the season, I heard him talk at a Football Writers’ Association event where he said:

“You pay for the education of young players with points. I play a young central defender of 20-years-old and I know he will cost me points in the season. I have to stand up for that.

“If I play a 28-year-old centre-back, maybe less talented, he will cost me less points, but then I will not be giving a chance to a young player.”

The following night Wenger started Rob Holding in the 4-3 win over Leicester. A week later, citing a drop in confidence, Holding was dropped. He’s been in and out since. It’s not an uncommon theme of the Wenger era. Not long ago, Calum Chambers went through something similar and further back, so too did Philippe Senderos and Matthew Upson. And that’s just in the centre of defence. Moreover, all four were signed by Wenger so he has or had a vested interest in giving them a run-out.

I’d love to see a few more of the kids come through this season, that said, given we’ve lost four of our opening 11 games in the league, perhaps I should keep my hopes in check.

Anyway, the BT Sport film should make for a decent watch, it’s due to air in early January.

There’s actually another Arsenal-related documentary on the horizon before then. Produced by Amy Lawrence and Lee Dixon ’89’, the story of our dramatic late title win at Anfield, has its premiere this week.

Ahead of the release on 20 November, the architect of that success, George Graham, has spoken to the Guardian’s Donald McRae. It’s a cracking read. I’ll say no more, just take 10 minutes out of your day and enjoy.

Right, I’ve waffled on far too long, that’s your lot for today. If anything of note happens, we’ll cover it on Arseblog News.