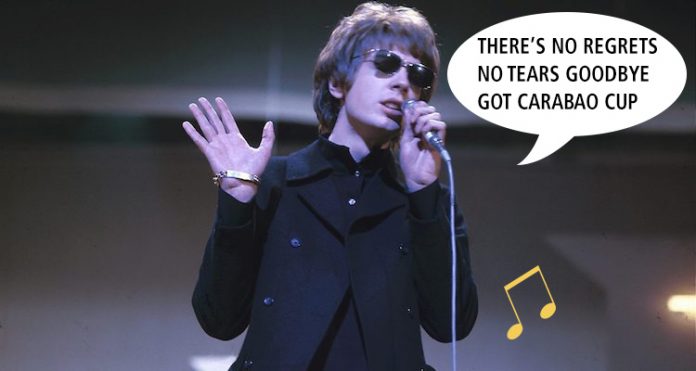 Happy Sunday to you all.

Denmark v Ireland was on in the pub I was in last night. There were lots of people standing around, and in the way of the TV, so I said to myself I would pay attention when the people shouted at something good that had happened.

I think the only time I got up was to go to the bathroom. There might have been some shouts for a save by the Irish keeper, but that was about it. As such, I have no comment to make on the game itself, only to say my decision to drink beer rather than watch it appears to have been vindicated.

It all comes down to Tuesday then for Ireland and Denmark. Winner takes all. Or least loser gets it. Or something. There’s action for Granit Xhaka tonight as he plays for Switzerland against our friends from Northern Ireland who will be fired up after that injustice in the previous game. Could be an interesting one, although not so interesting that I’ll sit down and watch it. Twitter updates for me, and good luck to the North (that way Granit gets a lovely summer rest ahead of next season when he’s deployed as our new sweeper).

From France, Olivier Giroud says he – much like Scott Walker – has no regrets about his decision to stay at Arsenal this summer. He had the chance to go to Everton. Everton wanted him, wanted him bad, and Arsene Wenger said ‘Hey, we love you but if you want to go you can’.

Something just didn’t feel quite right though for the HFB. Was it Ronald Koeman with his head like a painted balloon? Was it sharing a dressing room with Wayne Rooney? Was it Mrs Giroud saying that she wasn’t going to leave the bright lights of London for the still quite bright but not as bright lights of Liverpool? Perhaps it was a combination of all of those things, and he turned down the move, despite the fact the club had spent a record fee on Alexandre Lacazette and he knew he’d be marginalised in terms of the Premier League.

Speaking after his goal for France on Friday night, he said:

Arsene’s always supporting me and there is a lot of trust in each other. He trusts in me and I try to give it back on the pitch when I can.

Given that we essentially have had to have two separate teams this season due to the Europa League commitments, it’s good to have a player of his quality and experience in the squad. He can also be a handy weapon to have in the league should we need a goal from the bench – something he was very good at last season in particular.

It does feel a bit as if the manager is intent on giving him minutes he doesn’t always need though, and it’s often at the expense of Lacazette who will continue to find it hard to do 90 minutes if he’s never allowed to do 90 minutes. Anyway, he’s scored 3 times from 17 appearances this season (6 starts, 11 sub), which suggests that touch he had from the bench isn’t quite there, but I suspect he’ll bag a few important goals this season, and while he’s clearly not the future, he might prove pretty handy in the present.

Right, not a lot else. I’m ignoring stories which suggest we’re going to replace Alexis Sanchez with Wilfried Zaha. My Sunday doesn’t need that.

Have a good one, back tomorrow.