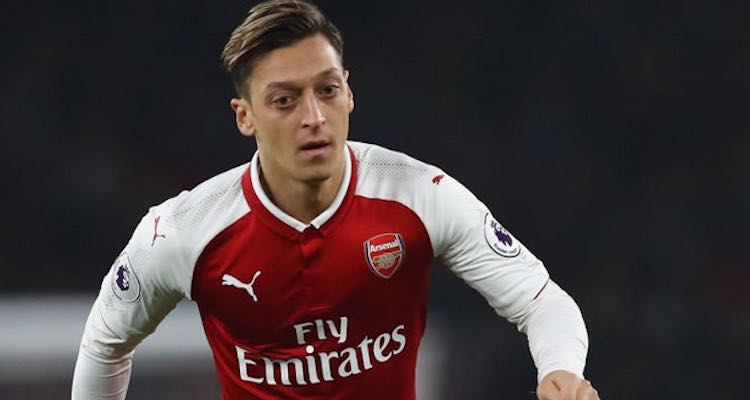 Hello. Happy Saturday to you. I hope you’re ready for all the Arsenal news I have for you this morning. Such as … erm … and … er … yeah.

Anyway, it means that Ireland play Wales on Tuesday night needing a win for a play-off or a chance of a play-off or even automatic qualification if they beat Wales and Serbia lose to Georgia which they probably won’t. So, it’s Ireland versus Aaron Ramsey in Cardiff.

And what about this (thanks to @shenque for the heads-up) – Interlulls could become even longer as FIFA consider proposals to have fewer international breaks, but lengthier ones. Would that be a good thing? The frequency of them is annoying, in fairness, but extended breaks throughout the season would probably be counter-productive and not good for clubs.

Would the fact that it might be more difficult for players, clubs and fans make the governing body think twice? I doubt it. Ultimately it will all come down to whether they can see an upside financially. The report says:

The dates of the international breaks are fixed until 2024, unless stakeholders – including clubs, leagues and broadcasters – agree to a change.

Emboldening mine. Anyway, whatever it is you can be sure we’ll be complaining about it, so that’s something to look forward to. It’s nice to have something fresh and new to gripe and bitch over.

So, let’s take a look at some random headlines on NewsNow and see what’s what. Bear in mind that I have blocked out most of the clickbait merchants. Not all though, as the following will illustrate:

Ah, the Mirror. Every time anything happens you can be sure they’ll find a way to involve Arsenal fans. For example, each time Alex Oxlade-Chamberlain does not a start a game at Liverpool, they run a story about him being ‘relentlessly trolled’ by Arsenal fans. In fact, a Google search of ‘troll arsenal fans mirror.co.uk’ returns 119,000 results.

However, this headline above is just a precursor to us relentlessly trolling Mesut Ozil at some point in the future. I’m sure he might well be interested in joining Manchester United or Barcelona in much the same way I would be interested in winning the EuroMillions. He’s got more chance though, considering his contract is coming to an end in June.

I’ve seen Martin Keown suggest the player is already mentally checked-out, and it’s easy to suggest his current absence is an ‘injury’ rather than an injury. I don’t know if Keown is saying this on the basis that he’s seen things, heard things through the grapevine, or if it’s just his personal opinion. Personally, I think we should give the player the benefit of the doubt for now.

I suspect that he might, over the course of the season, find himself marginalised a little. The dynamic of his relationship with Arsene Wenger will have changed, particularly if it’s clear he won’t sign a new deal, and this could make it easier for the manager to leave him out for those games away at the likes of City, United, Sp*rs etc, which don’t always suit him. There’s no fear of upsetting a player or damaging a potential renewal if all is clear in that regard.

However, that’s not to say he can’t make a valuable contribution to the season in the rest of the games we play. I think we have to count on the fact he’s a professional, and a very talented one, until it becomes blindingly obvious that there’s an issue – if one even develops. What Arsenal could do in the January transfer window might have an effect too, if they’re minded to spend some of the cash they have available.

This relates to Trabzonspor midfielder Yusuf Yazici, a player who has a brother named Furkan Yazici who I desperately want us to sign for the endless headline possibilities he’d give us.

He’s off his Furkan Rocker – Red Card Shame for Gunners as midfielder loafs the ref.

And so on. You get the idea. Anyway, before anyone gets too excited about signing the other Yazici, I’d suggest some caution. We all know that transfer rumour stories have be taken with a pinch of salt. However, my experience of running this site and Arseblog News during the windows is that transfer stories that emanate from Turkey require a larger dose of salt.

Not quite a pinch. Nor a spoon. Not a salt cellar or a large bowl. Perhaps a basin, although I still think that’s not quite large enough. A shipping container of salt puts us in the ballpark of what we need, but it’s still not quite right. An EU salt mountain of salt is what’s required. Maybe one day there will be story from Turkey that requires no salt whatsoever. Maybe this is that very story, but I remain doubtful.

Finally for today, a few people asked me if I could provide the audio for the Nacho Monreal tune at the end of yesterday’s Arsecast (listen to that episode here), so here it is. Have a good day, more tomorrow.