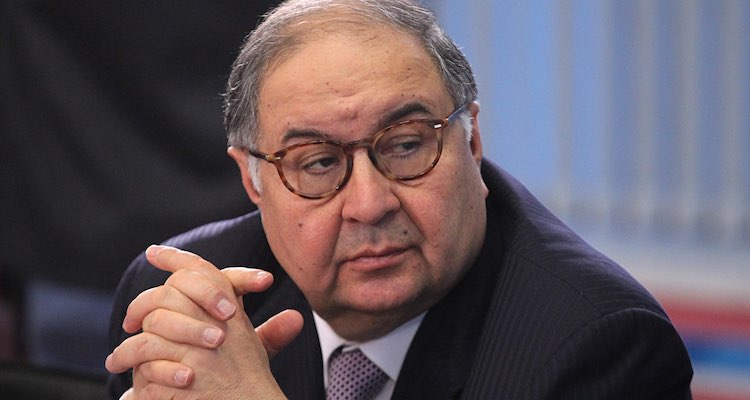 Do you know one of those people, perhaps a close friend or a relative or a co-worker, around whom there is always a drama? When one drama finishes, another one begins. It’s like their life cannot exist without some measure of turmoil, even if it’s self-inflicted. There’s always a mountain made out of the tiniest molehill.

If that person took the form of a football club it would be Arsenal. If it’s not key players acting up and wanting away, it’s the manager and his contractual situation. If it’s not something on the pitch, it’s something off it. And as we put last season’s brouhaha over Arsene Wenger, and this summer’s transfer window shenanigans behind us, we continue to deal with Ozil and Sanchez, and now up above them we have the ongoing cold war between the two biggest shareholders.

After a period in which Alisher Usmanov said nothing about Stan Kroenke’s offer to buy his shareholding, the Russian broke his silence yesterday with a statement which you can read in full here. The first point to make is that right at this moment in time, his apparent unwillingness to sell to the American is a good thing.

As it stands, anything that prevents Kroenke taking full control of Arsenal, for that entails, is to be welcomed. Such is my fear of that, I would happily endorse a consortium made up of Phil Collins and some terrifying owls. So, for the time being, the possibility of that nightmare scenario recedes, and that’s a positive.

What it doesn’t mean, to me at least, is that Usmanov is some kind of white knight. Call me a cynical old goat if you want, but I find it difficult to believe that a man who gained his wealth the way Usmanov did – in very much the same way Roman Abramovich gained his and became a a figure of hate and criticism for non-Chelsea fans – cares one single jot about Arsenal fans.

His statement talks about ‘protecting the best interests of the fans’. Replace the word ‘fans’ with ‘investment’ and I think that would be far more accurate. And there’s nothing wrong with that, I just don’t want my intelligence insulted along the way. I think we’re all wise enough to know that if you can gobble up the natural resources of your own country at the expense of your fellow citizens, you’re unlikely to care what some football fans think.

However, such is Kroenke’s unpopularity – and I want to make it very clear that I think this man is a huge problem for this football club – that it has given Usmanov the chance to come across like some kind of saviour. Which, I suppose he is in some ways, but I feel like that should drive us towards greater consideration of our fetid ownership situation. As I asked last week, how on earth did it come to this?

I also think it’s worth looking at Usmanov’s statement in a little more depth. In stark contrast to previous statements, he has now made it clear that he is willing to sell his stake in the club. When we ran a story last August suggesting he was willing to do exactly that so he could team up with Farhad Moshiri at Everton, there was a categorical denial:

Red and White Holdings woule like to state that Mr Alisher Usmanov does not intend to sell his stake in Arsenal Holdings PLC (“Arsenal”). Mr Usmanov continues to be committed to Arsenal and considers his stake in the Club [sic] as a long-term investment for his family and future generations.

I would like to assure supporters that I am open to various future scenarios: a constructive partnership with the majority shareholder, the purchase of his stake either alone or in a consortium, or if a party appears who shares my and undoubtedly the majority of fans’ vision for the club, I could consider the question of selling my stake.

He’s saying he will sell if the right person comes along. Or, dare we say it, the right offer is made? It could seen as public jousting between him and Kroenke. Make no mistake the enmity between the two men is very real, and maybe that will preclude Usmanov from ever selling to the American, but I don’t find the line from his current statement – “ I would like to be clear that I am not holding any talks with Mr Kroenke about a sale” – as comforting as some seem to.

Perhaps it’s nothing, but the use of the present tense is a bit worrying. It’s probably true, that he is not holding any talks currently, but it doesn’t rule out talks in the future, nor does it mean there haven’t been some in the past. There are those who would suggest this is them brokering a deal, playing it out in public. Maybe, maybe not, but I don’t think anyone can be sure one way or the other bar the two men themselves.

Since this story broke people have been pointing out to me that there are no nice billionaires. I agree. I wrestle with the moral quandaries of having men like Kroenke and Usmanov involved with Arsenal. I look at other clubs like Chelsea and Man City and their owners and I see what kind of people they are, their veneers of respectability can’t hide the truth of them, but I understand why people covet their successes and their apparent interest in their football clubs – something that becomes more obvious in comparison to the marked indifference Kroenke continues to demonstrate from thousands of miles away.

But why then should we take anything Usmanov says at face value? In our desperation for ‘NOT KROENKE’, we can’t ignore the reality of the alternative. It’s like being an opposition politician: it’s really easy to say all the right things. And maybe he’d come in and spend like billy-o, or maybe he’d do things differently, but my gut feeling remains that he knows his Arsenal goose is cooked, that his intention now is to sell or divest his shareholding in some way, and to go to Everton with his mate.

In just over 12 months he’s gone from a position where his shareholding was an investment for ‘future generations’ to one that he would consider selling. That’s a very obvious and significant change, and one we should have our eyes open to.

Ultimately though, I wonder how this football club can properly move in the right direction as long as this unhealthy ownership situation remains ongoing. Arsenal is hugely important to us, but a plaything to billionaires, neither of whom really care about it beyond its asset value. Are these people going to make the right decisions for the club? Is it possible that it becomes some kind of a battleground between them?

I don’t know what the consequences of that would be, but if a Kroenke that is never going to sell could make a decision that would negatively Usmanov’s shareholding even if it damages the club in the short-term, would he do it? There are no nice billionaires remember?

And Arsenal have two of them.

For more on both of Arsenal’s unpleasant billionaire owners, check out this Arsecast episode