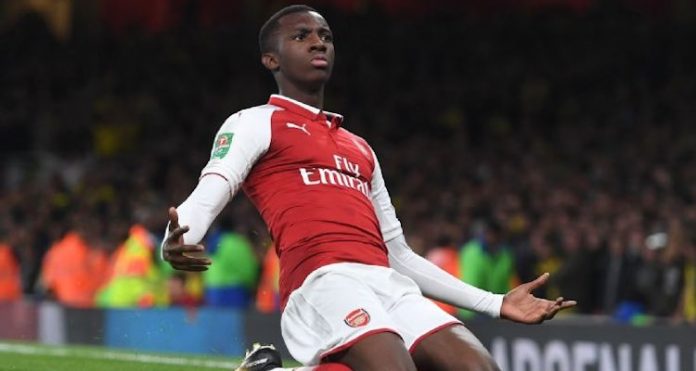 Good morning to you up there from down here where it’s just approaching midday. I’ve been out for a run through the Botanic Gardens, and that hurt. I had a back injury playing 5-a-side a couple of months back so I haven’t been able to do any exercise apart from walking, but it was nice to get out and run.

As an aside, can anyone please explain to me why it is the coffee here tastes so good? It’s definitely nicer than it is in Ireland, and similar to the coffee you get in Spain. Is it the water? Whatever it is, I like it.

Although the spectre of Man City looms large on the Premier League horizon, we have to put that to one side for now, and concentrate on the Europa League tie with Red Star Belgrade tomorrow night.

Update: Of course Red Star is on Thursday night. I genuinely thought today was Wednesday.

It’s hard to look past Arsene Wenger doing what he has done all season and rotating heavily, particularly with what’s to come at the weekend, but if we get the right result, it might give him a bit more room for experimentation in the final two games.

A win would put us on 12 points, meaning we’d win the group with two fixtures remaining. Those games are an away trip to Cologne, and then BATE Borisov at home. While it’s good to be able to give some senior players like Wilshere, Giroud, Walcott etc some minutes, and throw in some youngsters like Willock, Maitland-Niles and Nelson a go, I think it’d be interesting to show a bit more variety.

And by variety, I mean Eddie.

Now, this isn’t to start building him up as the next big thing, or to say he’s going to take the world by storm, but after what he did in the Carabao Cup against Norwich, it’s surely worth giving him a chance to see what he can do from the start. With the greatest of respect to our more experienced heads, we know what they’re capable of and how they play. Not to mention how the team plays with them in it.

It’s very rare that a manager gets the chance to throw in a young talent like Nketiah in a competitive game, but with the kind of safety net we’d have as group winners. And as the Europa League progresses, as we get to the knockout stages where the competition becomes a bit more intense with the teams that have dropped out of the Champions League, it will be more difficult to provide him with that opportunity.

Indeed, if we continue to progress, he’s going to have to really think about how he balances his sides, because he may well have to start using more ‘first XI’ players in it. So, if we do what we need to do tomorrow night, I’m on board the Nketiah bus for the final two games in the group.

Bar the Everton game, the most interesting things we’ve seen this season have been in Europe and the Carabao Cup, and this would certainly be something people would like to see. His impact against Norwich was so sensational he merits further chances, and I really hope we get to see that.

Elsewhere, we had an interesting question on the Arsecast Extra yesterday, asking if Aaron Ramsey was, after scoring two cup final winners, an Arsenal legend. While I realise he’s a player who frustrates many people, I don’t know how you can’t be a legend (or future legend) if you have done that.

Of course he could do something like join a rival club and thus render himself ineligible for legendary status, but assuming he doesn’t I think what he did should cement his place into the history of the club.

First up, he scores an injury time winner to complete a comeback from 2-0 down against Hull, helping the club finally end that nine year trophy drought. Then, as Chelsea fans were still celebrating their equaliser in the 2017 final, he gets on the end of Giroud’s cross and heads home the winning goal to win us the trophy and, of course, prevent them from doing the double.

Alan Sunderland’s goal in 1979 ensured he took a place in the Arsenal pantheon; Andy Linighan might not have been the greatest player we ever had, but everyone of a certain vintage would remember his winner in the 1993 final. Alan Smith did much more besides score the only goal in the 1994 Cup Winners Cup Final, but it’s probably his most iconic goal besides the one that just about flicked off his hair in 1989 😉

Big goals in big games make memories, and Ramsey has twice made the difference, so unless he completely blots his copybook in the years ahead, he’ll definitely go down as some kind of legend. What do you reckon?

Right, the manager should meet the press ahead of the Red Star Belgrade game today. We’ll have team news and all the rest on Arseblog News. More from the coffee capital and from me tomorrow.

Check out the podcast below.