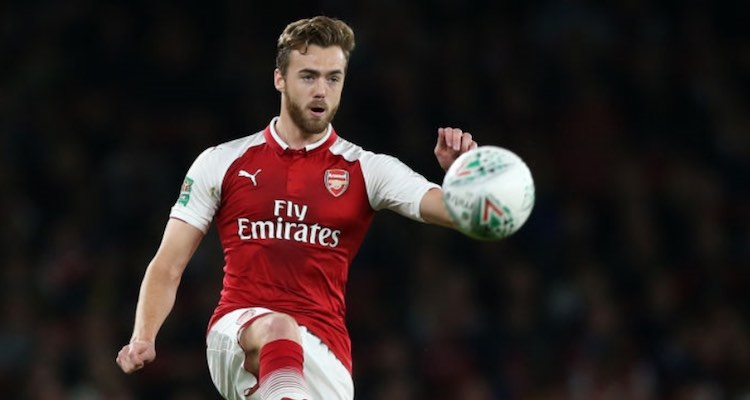 Arsenal players and contract extensions seem to go together like … erm … toothpaste and orange juice right at this moment in time.

A quick look at the list of contract expiry dates should leave nobody in any doubt that there’s a lot of work to do. All the focus is on the big names, like Mesut Ozil and Alexis Sanchez, but there’s clearly a lot more to worry about that just those two.

Yesterday, we had something of an update on the German, whose agent spoke about a reported link with Besiktas after the Besiktas president rang up the Arsenal man and said ‘Come to Besiktas!’

Besiktas are interested in Mesut, but there is no official proposal that has reached us. Even so, he wants to play in Premier League for at least 2-3 years more. Our contacts with Arsenal continue and we are going in a positive direction.

Is this news we should take at face value? It’s hard to know, really. It could well be a case that they have been talking behind the scenes, but recent reports suggested there wasn’t very much going on at all. And as much as anything else, I’m wondering how great Arsenal’s desire is to keep him.

It may well be true, and there may well be discussions that are ‘going in a positive direction’, but I’m not going to get carried away. Perhaps more than anyone, Ozil is a player who works hard not to do anything that will damage the brand. It’s a classic tactic of players and agents to talk up the possibility of a new deal, and when one fails to materialise it’s then made look as if the club is at fault when they had no intention of signing in the first place.

Even if that’s the case, it doesn’t mean Arsenal are blameless either. I think if we had a team capable of competing properly for the Premier League and capable of improvement in the Champions League instead of playing Europa League football, Ozil and Sanchez would be much more inclined to commit. Still, until anything is actually signed, or we hear something concrete from the manager, then I’ll view this one as all part of the game.

Meanwhile, from out of nowhere comes an actual contract extension, and it was announced yesterday that Calum Chambers had extended his deal by two years, keeping him at the club until 2021. Some will view it as an odd one, particularly for a player who appears to have been so marginalised in recent times.

After a really promising start to his career at the club, his form floundered, as did his confidence and the faith the manager had in him. His loan spell at Boro last season, successful as it was, was seen as a precursor to a permanent move, and he was a player the club were initially willing to let go last summer. They turned down an offer from Crystal Palace in the region of £20m, and then Wenger changed his mind and decided to keep him – perhaps around the time he allowed Gabriel to go back to Spain and move to Valencia.

This season he’s been restricted to just 45 minutes of playing time as he struggles with a hip injury, but it’s a clear show of faith in him, and a sign that the manager is aware of the age profile of his central defenders. We have three men over 30: Per Mertesacker who is retiring at the end of the season, Laurent Koscielny who has to deal with a chronic Achilles issue that requires daily treatment, and Nacho Monreal who is just fantastic but heading into the final years of his career.

After that we have Rob Holding (22), Shkodran Mustafi (25) and Chambers (22). It’s clear that it’s an area that will require some work over the coming months, if not in January then definitely next summer, and as long as we continue to play three at the back there’s a need to maintain some depth in that position.

What Chambers needs now is to get fit and to get games under his belt. Hopefully he’s not far away because there are two Europa League fixture and a Carabao Cup game which would be perfect for him to build up some match fitness and just get back playing again. He’s still got something to prove, but I think a back three ought to suit him more than playing as part of a central-defensive pair, and certainly much more than full back where he was badly exposed at times.

It’s not uncommon for young players to hit a wall as they progress, but I often wonder if, at Arsenal, we manage them as well as we can through those periods. Do we offer them the right support and guidance? Do we help them get through it well enough, or just leave them to flounder around until they find the surface? In Chambers case a new deal suggests there’s still enough faith in him to give him another go, and it’s now down to him to take that chance as and when it’s presented to him.

Right, that’s your lot for this morning. The manager’s press conference ahead of the weekend game against Watford is upcoming, so we’ll have all the team news and everything else over on Arseblog News. Tim Stillman will be here with his column later, and I’ll be back tomorrow with more and an Arsecast.