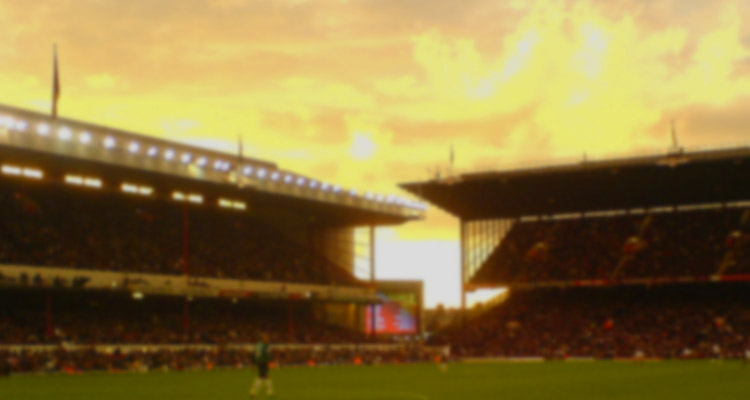 Supporting a football club is serious business. Whether you’re the fan who goes home and away, travels far and wide and spends a fortune on tickets and travel; or someone who lives one side of the world or the other who gets up early to watch or stays up late to watch, there’s a commitment involved.

We all want our team to be successful, for our club to be well run, to feel like we’re not being taken for granted by players, managers, owners, or majority shareholders. A win can leave us euphoric, defeat plunges us into the depths of despair, and every so often I wonder if I need to reassess my relationship with football.

I don’t mean to say I don’t take it seriously, of course I do. I get up at 6.30am every morning and the first thing I do (after hugging the dog and making coffee) is to write about Arsenal. It provides an almost never-ending supply of stuff to write about. Good stuff, bad stuff, middle of the road stuff, same old same old stuff, but stuff. Lots and lots of stuff.

There are good days and there are bad days. There are some days which are so great and so wonderful as to live long in the memory, and there are some bad ones that do likewise. It is the yin and yang of being a fan. You really cannot enjoy those great moments without enduring some terrible ones too.

But the word terrible is relative. Terrible in terms of sport, of football, of Arsenal. The world keeps turning though. We get up, make more coffee, and write about the stuff and then something good happens and we’re all a bit happier and then you win 6 of your next 7 games and things feel normal. Whatever normal is.

I think most of us have a kind of defence mechanism in place that inures us from reality, actual reality. As engaged as we might be in politics, in the news cycle, in current affairs, in local community or anything else, we have to be able to compartmenalise what we see. Otherwise you’d go mad.

It’s impossible to ignore it though. The last few days have reminded me that sometimes I need to step back and think about football in a different way. Witnessing the distressing events in Barcelona and Catalunya, a place I know and love, was very difficult. Whatever your view of the politics of it, to see jack-booted riot police battering people, even senior citizens, who were peacefully trying to vote in 2017 is tremendously worrying. You don’t need to be a historian to see the echoes of the past, a past that no decent person should want society to return to.

You see the horrendous massacre in Las Vegas and it’s mind-boggling that one man can inflict such carnage and misery on people who were just enjoying a concert. Then you see the people for whom events like this are expedient, as the deaths and allow them spread propaganda and points fingers at their political opposition and you wonder where is their humanity. What makes their agenda more important than the people who have died or been injured? What allows them to so completely forget the families and friends of these people whose lives have been shattered?

These are the just things that resonate in my world. We each have our own experience, things that are local to you, things that we get no coverage of because they happen in distant places. Atrocities, weather, the relentless ability of people to be awful to other people for reasons that are basically artificial. Constructs that in no way justify those behaviours.

And then you get up and you sit down to write and you look at the news feeds and you see stories in October that say Mesut Ozil might be sold in January as we look to ‘cash in’ and that Alexis Sanchez could go to PSG in a ‘sensational swap deal’ with Julian Draxler, and fees of millions of pounds are mentioned and the transfer window isn’t even open for another three months and you remember that it’s all pantomime. It’s entertainment. It is not, despite what Bill Shankly said, more important than life or death.

It’s important. Of course it is. It plays a huge part in all of our lives, otherwise you wouldn’t be reading this and I wouldn’t be writing it. But I think when you get a slap in the face from reality, however big or small that is, you remember that it is something that should, as much as possible, be an escape from everything else.

I don’t mean to say you can’t criticise or analyse. That’s part of it, part of what makes it so great. It’s a game of opinions and all that. I think one thing, you might think the other, but ultimately what difference does it make if we don’t agree? None. Unless you want to spend your days fighting with people – which some people clearly do and I don’t quite understand why, or where they get their energy from.

Now, if it sounds like I’m trying to dismiss football as irrelevant that’s not the case. It’s a long way from the point I’m trying to make. I just think that it’s worth remembering that it should be something to cherish, that can give us these ups and these downs, that can entertain us, that can amuse us, that might drive us potty from time to time, but which ought to be a positive thing in our lives.

I see people online, on this site, on social media, and I wonder why they bother. They don’t appear to ever get any happiness from it. When we win they complain we didn’t win well enough. When we lose it’s open season on everyone. They hate the players, they hate the manager, they hate the owner, they seem to hate football itself. Yet they continuously punish themselves, week after week, season after season.

Arsenal drives me mad at times, but in general it’s an overwhelmingly positive thing in my life. Not just because it’s my work, but because I’ve made friends, I’ve had opportunities I’d never have had without it, and even if I go to a game and we lose there’s a sense of community and shared experience (usually involving beer) that makes it better and defeat more bearable.

Again, I can only speak for myself, but I know I can find myself sucked into the rabbit hole of this football club and every now and again I have to remind myself – or I am reminded – to look up and look around me and remember that with all the shit that’s going on in the world, I have to find the good in the things I choose to spend my free time and money on. And it is a choice. We all make that decision, we go to the panto.