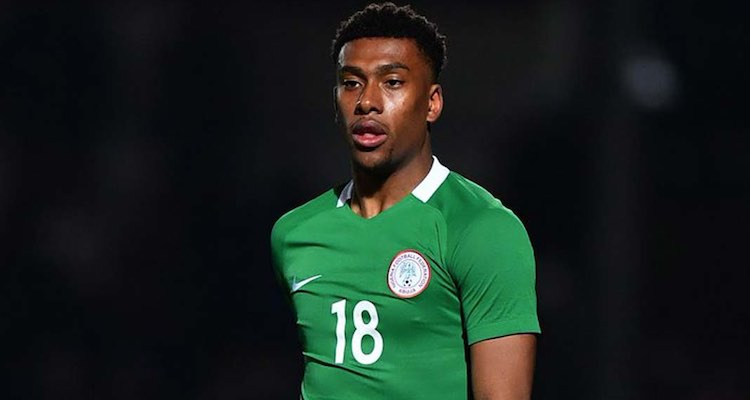 Howdy, a very quick Sunday round up for you, and it’s a good morning for Alex Iwobi as his goal sent Nigeria through to the World Cup next summer. The Arsenal man came off the bench to net the winner against Zambia, and it’s clear it’s a goal that meant a lot to him as his social media showed afterwards:

He’s such an interesting player, and one for whom this goal is probably going to have a big impact. If you see him interviewed, it’s clear he’s a very humble young man. He doesn’t seem to get carried away, and maybe it’s just me, but it feels as if he’s still respectfully finding his place in the squad.

What we’ve seen from him in his short Arsenal career so far though is very positive. He was backed by the manager when he made his breakthrough, starting him away from home against Barcelona away was a sign that although the team needed something fresh Wenger had faith in Iwobi to provide it. And he did.

Like many young players he flourished at first, then plateaued somewhat last season. He found himself on the margins of the team last year because of form and injury, but this season the door has opened for him again and he’s shown he’s got what it takes. He was superb against Chelsea away. It might not have been the most eye-catching game he’ll ever have, but it was a performance of huge discipline and I think one that reestablished him again in the team.

I really thought it was telling that when Wenger was talking about him after the Brighton game, he spoke in a very similar way to the way he did about Mesut Ozil. He often said he wanted the German to hit double figures in terms of goals, and that’s the target he set Iwobi too. I think over the course of this current campaign he’s a player we’ll see a lot more of.

He is essentially the future, and if he continues to make progress, to develop and mature as a player and a person, I think there’s an awful lot more to come from him. Sometimes a young player needs a moment to really make them feel like they belong, and scoring the goal that sends your country to the World Cup could be just that for Iwobi. Fingers crossed.

Not a lot else going on, so I just want to provide a bit of an update about the arses and the live blog. First up, apologies they’ve been offline. The arses (comment system) in particular is a big part of the site, so it’s difficult for us as well.

So, let me try and bring you up to speed on what’s happening. A while back I ran a poll about the future direction of the site, and the way forward, and the idea of running it via a subscription/donation model appeared to be one that most people were broadly supportive of.

As you’ll understand, it’s a pretty complicated thing to put together, and it’s something we’re working on very hard behind the scenes. One of the decisions we had to make though was about how best to do it, and we came to the consensus that having one single registration/login for the site was the best way.

For example, you register for the arses, and if you want to upgrade your subscription you get access to the new premium features of the site. Those are still be fully decided, but will likely include extra podcasts, extra written content, an ad-free site etc. There was no point just setting up the arses again with a completely separate login etc.

The other thing is that Tom wrote the arses/live blog system a long time ago and feels like it needs to be updated and future proofed, so that’s being worked on right now. In the very short-term, I might see if there’s another comment solution, perhaps using the basic WordPress functionality, but I have to look around and see if there’s something that fits the site well enough.

In short though, the arses and live blog will remain offline until such time as we have this project completed. We do still have all your user info etc, and we should be able to restore that in the new system. For those of you paid for the live blog chat, you’ll have access to the premium features on the new members area for as long as that subscription is valid, after which you’ll need to sign up to the new system.

If you would prefer to have a refund, please email me: thearseblog at arseblog dot com, and I’ll do that for you without question, and again I can only apologise for the inconvenience.

However, all going well we’ll have lovely new arses, an updated live blog, and a members area for you with extra content and features in the foreseeable future. I don’t have an exact time from on it, but we are working as hard as we can to complete what is a very big project.

In the meantime, you can always follow and interact via:

Twitter: @arseblog or @arseblognews – like our Facebook page – Instagram (mostly pictures of food or my dog or weird doodles) – or plain old email which I try and answer as quickly as I can (but it’s not always quick because of the volume of email!).

Thanks for bearing with us, have a great Sunday, and James and I will have an Arsecast Extra for you tomorrow evening.