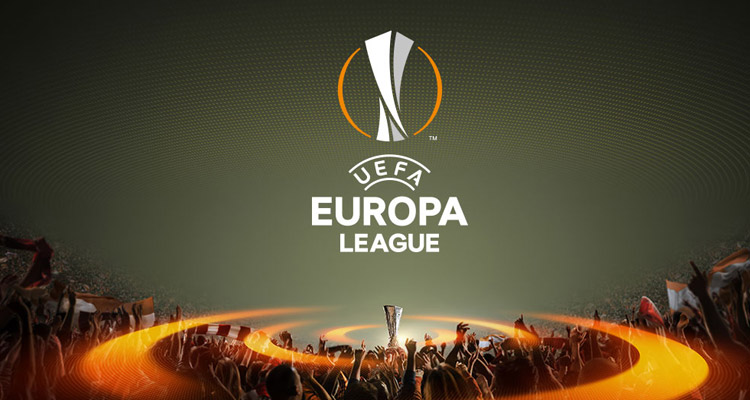 Before we face Everton on Sunday in a Premier League game which makes my head hurt thinking about it, we’ve got Europa League action tomorrow night with a game against Crvena zvezda (Red Star Belgrade).

I know I’ve said this before, but I’m finding these games the most enjoyable part of this season so far. Not because it’s the most prestigious prize, not because we’re seeing Arsene Wenger pick the strongest possible teams he can put out, but because it’s different.

Having spent 20+ years in the Champions League, there was a familiarity about everything. Although we had some great nights – the run to the final in 2006 of course, and ‘that’ game against Barcelona in 2011 when Andrei Arshavin scored the winner then ran off and lifted up his shirt to show another shirt with his own face on it – over the last number of seasons it had, for me at least, become a bit boring.

Maybe that’s me being self-entitled and taking things for granted that other clubs would have loved to experience. I don’t deny that, but I also think in general – and I don’t just mean Arsenal – the Champions League had become boring, particularly in the group stages.

Such was the tedium of the deathly dull Champions League anthem, it was like hearing Phil Collins doing a cover version of Tracy Chapman’s Fast Car. The waving of the Champions League flag, the contrivance of pre-game ‘fair play’ handshakes (something that spread to the Premier League too), and despite our own failings – and they were many and legion – the nagging feeling that UEFA always wanted to the tournament to go a certain way.

When you add to that our inability to make progress beyond the Round of 16 for seven successive seasons, it was like being asked to watch the same film over and over again, with slightly different actors in some of the parts. A Groundhog Day but without any of the humour or charm, and not once did we get the chance to sock Ned Ryerson in the jaw.

So when you get something new, even if it’s not what anybody really wanted, it feels fresh. It’s a different movie. Same kinda theme, but different locations, different protagonists, and thus far we’ve had a decent win over Cologne and a kinda bonkers and enjoyable 4-2 win over Bate Borisov. Some youngsters in our team add a bit extra too, and it’s always nice to see them perform.

In some ways it might well be a blessing in disguise because there’s little doubt we have to start planning for a future without the two star signings that were supposed to take the club to another level. I’d be staggered if either of Ozil or Sanchez stayed, and while they may have a contribution to make later on as the tournament progresses, in the short-term it gives us the ability to give some of our young players genuinely competitive football.

The Champions League never did that really. If you win your group convincingly enough so that the final two games are dead rubbers, it’s possible, but I can’t remember that happening too many times. Plus those players then know they’re only playing because there’s nothing riding on the game, not because you need them or that there’s pressure to perform.

Which isn’t to say that we should think about substituting Ozil and Sanchez with Ainsley Maitland-Niles, Joe Willock and Reiss Nelson, our ambitions have to be higher than that. However, at a period of renewal, when we might actually need to do more than replace those two, seeing what the next generation is made of could be very useful.

The other thing to point out is that the Europa League, unlike the Champions League, is an achievable target for this club. Again, it might not be what people want, but I think we have to accept that at this moment in time – leaving aside the fact it’s not a competition we’re taking part in this season – this is not a football club that can realistically have ambitions of winning the top European trophy. Our record in the tournament tells you that. It’s as plain as day.

In the long history of Arsenal, we have two European trophies to our name: The Fairs Cup in 197o, and the European Cup Winners Cup in 1994. There have been other finals. Losing in the Cup Winners Cup in 1980 and 1995 to Valencia and Real Zaragoza; the UEFA Cup final defeat to Galatasaray in 2000; Paris in 2006. Painful, I know, sorry, but there you go.

Some opportunities have been more missed than others, but when it comes right down to it, our European pedigree is poor. Which is why I don’t understand snobbishness when it comes to the Europa League. Yes, it will become a more difficult tournament at the end of the Champions League group stages when the third placed teams are catapulted into it, but right now it seems to me like this really is something we should be targetting, not taking for granted or dismissing because it’s not what we’re used to.

You can be quite sure that if we got the final in Lyon next May there’d be huge excitement, and rightly so. Like any competition it won’t be easy, but it’s not something that’s as out of our reach as the Champions League is, even if we get back into it next season.

I’m all on for it anyway. It’s different, it’s new, and we have the chance to punch Ned Ryerson in the face. What’s not to like?

No European trophy. No happy ending. But…