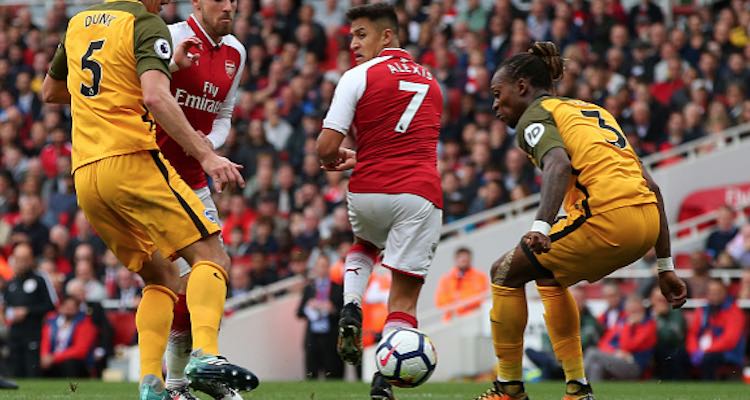 A 2-0 win over Brighton yesterday made it six wins from our last seven games, the 0-0 at Chelsea the only ‘blip’ on our record since that defeat at Anfield.

It was an odd kind of game, and I think the 12 noon kickoff played a part in that. Everyone’s just a bit more subdued at that time of the day but generally it was a pretty comfortable victory bar one or two moments which saw the visitors threaten.

I suppose you could be concerned that almost every time we play there seem to be moments like that, where the width of a post or the fingertips of Petr Cech would see the complexion of the game change, but when it comes right down to it we focus first and foremost on results and those have been positive.

After Alexandre Lacazette had rattled the post in the second minute, Nacho Monreal opened the scoring for us a few minute later, finishing with his right foot after efforts from Shkodran Mustafi and Hector Bellerin had been blocked. It was his first Premier League goal since scoring against Swansea in March 2013, and it opened up the game a bit.

Brighton, whose game-plan was to sit deep and deny us space in which to attack had to come out and play, and they did so quite well. A clever free kick routine saw a shot from distance crash back off the post and the rebound skewed wide so there were warning signs there.

Nevertheless, Arsenal had control, and better decision making would have seen us extend the lead before the break. You can understand Lacazette’s desire to shoot, but his left-footed effort was tame and with Alexis free outside him the pass would have been the better option.

We stepped things up from an attacking point of view in the second half, Alexis was key to that as he drove the attacking play throughout. He created, he had attempts himself – denied a goal only by a deflection which took a shot inches wide – and it was his ingenuity and touch of class that brought about the second goal.

On television, because they were showing a replay of a Brighton shot that preceded it, we didn’t quite get to see how well worked the move was, but this graphic illustrates it nicely (via arsenal.com stats centre): 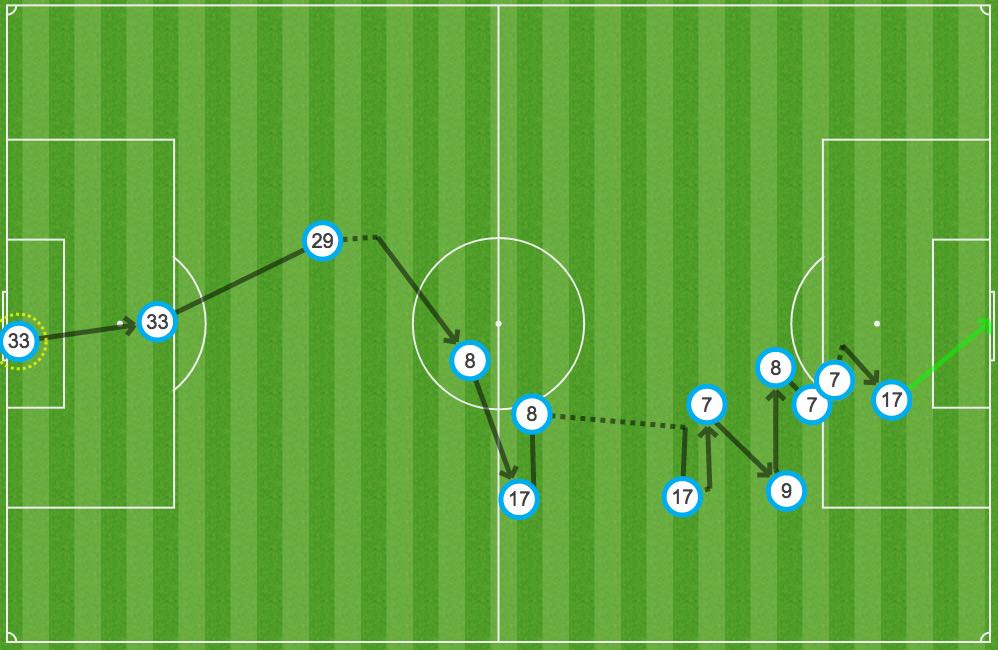 We moved the ball with pace and precision, something that they found hard to deal with when we got it right, and the backheel from Alexis found Iwobi whose finish can only be described as emphatic – particularly from a player whose shooting is often a bit more tame than you’d like.

At that point the game was more or less won. Arsene Wenger brought on Olivier Giroud and Theo Walcott to inject some freshness into the last 20 minutes, but those changes ended up sucking the life out of us from an attacking perspective. If there is a complaint about yesterday it’s that we didn’t really turn the screw and score more goals. It felt like one of those games where we could have done that, and afterwards the manager picked up on it, saying:

Offensively we were certainly not ruthless enough.

Maybe the confidence isn’t quite there in this team yet, but you could see the green shoots at times. The Iwobi goal, a  move in the first half which presented another chance to the Nigerian, and a really slick second half break which saw a close-range Ramsey effort well saved were evidence of the kind of football Wenger wants his team to play. However, there were plenty of other moves and decisions which lacked that incision, and two goals from 25 shots isn’t quite as efficient a return as you’d expect.

We are on a run of fixtures from which there’s an expectation of three points, so we’re doing what we need to do. It wasn’t exactly thrilling yesterday, and while there are no bonus points for artistic impression we might just need to think a little more about goal difference and being a bit more emphatic when there’s an opportunity to move that in a positive direction.

Still, when it comes right down to it it’s three points, another win, and another clean sheet – that’s four in a row in the Premier League and we haven’t conceded a goal since Anfield. It’s also about the nicest complaint you can have when you can say you won but didn’t quite do it well enough. Ultimately it’s points on the board and that really is the main thing.

All in all though, a decent win and we’re now into 5th in the table, level on points with Chelsea. The players go away now on international duty – bar the injured ones like Koscielny and Ozil – and we’ll pick up again in a couple of weeks time with a trip to a currently high-flying Watford.

James and I will be here later with an Arsecast Extra for you. If you have any questions or topics you’d like us to discuss, please send to @gunnerblog and @arseblog on Twitter with the hashtag #arsecastextra.

We’ll have that before lunch for you, until then.