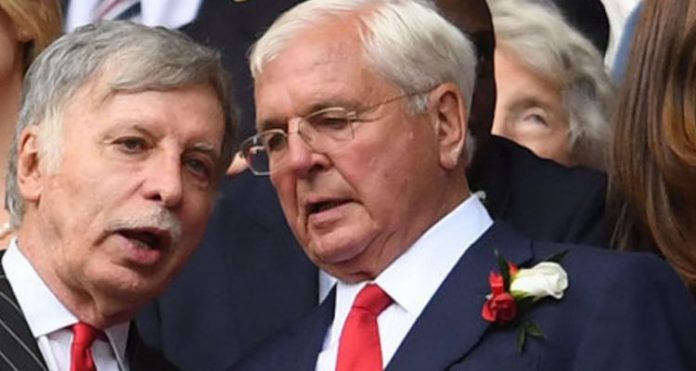 Hello everyone from Melbourne, Australia. I’m still trying to get my head around time zones and the like, and at the time of writing here it’s around 7.30am and I’ve actually slept.

This is good, because I did not sleep at all during the journey. Not during the 7 hour flight from Dublin to Abu Dhabi, and not during the 13 hour flight from Abu Dhabi to Melbourne. I just can’t sleep on planes. In fact, I can’t really sleep anywhere that isn’t a bed in a room that’s quite dark. I’m a bit of a Goldilocks sleeper, everything’s gotta just be just right.

The Melbourne leg of the journey was made bearable by watching an amazing documentary about the Vietnam war, interspersed with episodes of Curb your Enthusiasm, but man did it drag. The little graphic of the plane that’s on display everywhere barely seemed to be moving, and when it finally reached the west coast of Australia I was all ‘Hurrah’ but then this place is so big it still took AGES.

Landing was such sweet blessed relief, and then a woman in the row behind me opened her eyes, stretched and said ‘Oh we’re here! I’ve been asleep for 10 hours’, and while I didn’t necessarily wish her ill I don’t think I have ever experienced such naked jealously in all of my life.

I got the hotel, grabbed a bite to eat, and then found a bar called Whiskey Den which did exactly what it says on the tin. I came back to the hotel and conked out around 11.30pm local time. I woke up around 6.30am and tried to get back to sleep but I was AWAKE so here I am.

Now, while I was in the air, the Arsenal AGM took place. By this stage I’m sure you’ve read all about it, but just in case you haven’t, the definitive report as always comes from Tim Stillman which you can find over on Arseblog News.

Tim pulls no punches in what was clearly a fractious affair. As ever Arsene Wenger is the one who comes out of it best – regardless of what you think of him he’s such a good public speaker, but it strikes me he could had a nightmare and still come out of smelling of roses in comparison to the chairman Sir Chips Keswick.

Although his position is essentially honorary, as he has no actual influence or power, it’s still one of great significance. The chairman of Arsenal should behave in a way that is becoming of that, and it’s obvious that he failed to do so yesterday. He came across as a man who didn’t care to be questioned by people he felt were beneath him, and frankly that’s an appalling way to behave.

It should call into question his continuation as the chairman, but such is the set-up at board level these days nothing will happen. So, while Ivan Gazidis tried to calm things down, and while shareholders and supporters who love the club did what they could to demonstrate their unhappiness at how things are being run, Stan Kroenke sat there in silence – which is what he does, we know, but that doesn’t make it acceptable.

When the chairman was asked if Kroenke was going to address the AGM and let fellow shareholders know what he thinks, he said:

This is the annual general meeting of Arsenal football club and Mr Kroenke is here as a director, and shareholders do not make speeches from this top stage.

Read the Daily Telegraph today and you’ll find out.

The arrogance of that is astonishing, and it’s a reference to an article by Jeremy Wilson – the Kroenkes journalist of choice – in which he and his son made it clear they have no intention of selling their stake in the club. He talked about how there are easier ways to make money than football clubs, and spoke about fans and how he views them.

So, what we got was an out of touch, relic of a chairman condescending to fans with a ‘let them eat cake’ moment with that Telegraph comment, and a majority shareholder who doesn’t even have the balls to stand up and be counted. He clearly views the AGM as an inconvenience, and he’s entitled to look at it that way, in much the same way we can look at the man who owns 67% of this football as someone who doesn’t care about it the way he should.

What kind of a man can sit there through something like that, and not want to speak? Don’t be under any illusions that Kroenke is unaware of his unpopularity, but the bottom line is he doesn’t care. He doesn’t care enough to try and address it and to change people’s opinion – something he could do if he spoke and tried to convince people of his desire to make Arsenal a success.

But the reason he can’t do that is because he doesn’t care about making Arsenal a success. It’s not one of his priorities. It’s not his ambition to tap into the enormous potential of this football club, with all its incredible resources, and make it as competitive as it should be.

While previous boards had areas of dysfunction, at least they generally shared a desire to make Arsenal a success. The move to the stadium was an exceptionally ambitious project, but for the most part those people are gone – and so too is the ambition. Kroenke inherited a cash cow and thought he just had to keep things ticking over to reap the benefits.

That’s been true on a corporate level with increased revenues from broadcasters, sponsors, commercial partners and the like, but at board level they literally took their eye off the ball and Arsenal are nowhere near where they should be on the pitch. As a club we face huge challenges which are a direct consequence of how we’ve been run, and it’s little wonder that shareholders and supporters were agitated yesterday.

What we saw from Arsenal at the AGM was not becoming of a club that likes to talk about its class. The chairman viewed these people as little more than an inconvenience, which does nothing but inflame the situation. Without genuine communication these issues will only get worse, and while Ivan Gazidis – to his credit – does regularly engage with fans, as long as Kroenke sits there in contemptuous silence there will be little chance of any resolution or progress.

It’s sad to see it, because as Tim pointed out in his report, the club does so much that is good, but these divisions are damaging people’s connection to the Arsenal that they love, and the man who owns most of the shares simply does not care.

Just a quick reminder to those of you who are in Melbourne this week and Sydney next weekend, I’m down here to appear at the Sports Writers Festival. There are still tickets available via the website, I believe, and I’m looking forward to speaking to those in attendance tomorrow.

As you’ll have gathered, due to flights, time zones and dodgy wifi, I haven’t been able to get a podcast recorded today but hopefully I’ll figure something out to make sure there’s an Arsecast Extra on Monday.