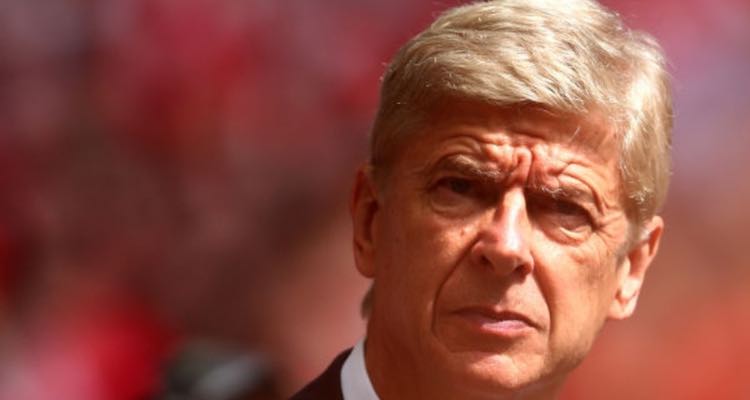 Morning, welcome to a new week, the Interlull is still upon us, but over the weekend Arsene Wenger provided some titbits in an interview with Telefoot.

He spoke about the bid for Thomas Lemar, confirmed we’d offered €100m and said we’d try again for him at some point in the future. Most interestingly though, he spoke about his decision to stay with the club, and revealed he’d had doubts. He said:

Yes, I hesitated to extend for personal reasons. I’ve been at Arsenal for 20 years, and I’m always wondering if I should continue to lead the club. We were doing quite badly last season.

People will have their own views on why he decided to extend his contract. For some it’s because he can’t walk away from Arsenal, because his whole life is consumed by the club and football. I don’t think that’s an unreasonable position, we know what a workaholic he is, and how much of his life revolves around his job.

Some will say it’s money, the big salary is a lure, and maybe there’s something in that, but Wenger has never particularly struck me as a man motivated by money or the trappings of it. There’s a story – perhaps apocryphal – that many years after he’d first joined the club and been given a then top of the range car, people at the club suggested to him that it wasn’t a good look for the manager of Arsenal to be driving around in a now fairly worn 17 year old Mercedes. Either way, while I’m sure the money is nice, I don’t think that’s his be all and end all, especially as he could have found another job pretty easily.

My own theory, such as it is, is that he’s a stubborn man who wants for his team to be successful. He’s desperately trying as hard as he can to recapture the real glory days, when he was an inspiring, revolutionary coach and manager who transformed this club and English football to an extent. He still believes he can lead this team to the title, or wants to prove that he can – even if there’s part of him that must have doubts.

He is battling the march of time though, and although he works harder and harder, things continue to get more difficult. The obstinate streak in Wenger is such that he can’t, or won’t, accept the reality. That he’s a man who was once a truly great coach and whose powers have diminished. There’s also nobody around him who will tell him that, or nobody at Arsenal willing to tell him that.

The perfect moment to do it was after the FA Cup final, but once more the culture the club as set out by Stan Kroenke won out. The easy option was to renew Wenger, so that’s what we did. Rather than face that difficult moment where you have to tell a man his time is up after so many years, that the quality of his work is in marked decline, we took the path of least resistance. And here we are.

I also wonder if there’s a bit of Wenger that looks at the club, and looks at the people at board level, and he feels like is, in some ways, the last real football man at the club. The owner is an absentee landlord who, by his own admission, has no real knowledge or insight of the game. There’s his son who has no background in football, and the fact that the relationship between the manager and Chief Executive is basically dysfunctional is no secret.

When you look at what Ivan Gazidis said in an email to staff that was subsequently leaked, you can understand if he feels a sense of responsibility to be a guardian of sorts. Even if the message was meant to be inspirational or positive, all it did was highlight how disconnected from reality he is.

The flip-side of that, however, is that Wenger is also complicit in many ways. He has full responsibility over the footballing decisions at the club, yet has done little to make changes and improvements in key areas. For many years there have been serious questions about the scouting department, yet no significant change has taken place there. Doubts over the quality of some of the coaching staff have been spoken about on countless occasions, and their contracts are tied to his. When his was renewed, it would have been the perfect moment to say thanks for your service, but we need some fresh blood.

But, like the club’s decision to keep the manager, he decided to keep all of them. Change came in the addition of Jens Lehmann who, I’m hoping, will at least try and shake things up. How much influence he can have, or is allowed to have, is the big question, but if he can add some edge to things I don’t believe it would be a bad thing overall. It’s asking a lot of one man though, and it’s obvious the issues at Arsenal go way beyond what a single coach can do.

Overall, it just feels like a very unhealthy place right now, on many levels, and ultimately Wenger is the only doctor that can provide the medicine for the time being. Let’s hope he can administer some of the good stuff, because the sugar pills aren’t working any more.

There’s not going to be an Arsecast Extra today because James got married on Saturday, so congratulations to him, but he’s off doing ‘just married’ stuff and I think he and his new wife deserve a few days away from Arsenal and all the associated guff.

I am hoping to have some kind of podcast for you though, but still working on a few details. Finger crossed on that though, and if there is one it’ll probably be after lunch at some point.

There’s a tactics column up later too, and I’ll be back tomorrow with more.