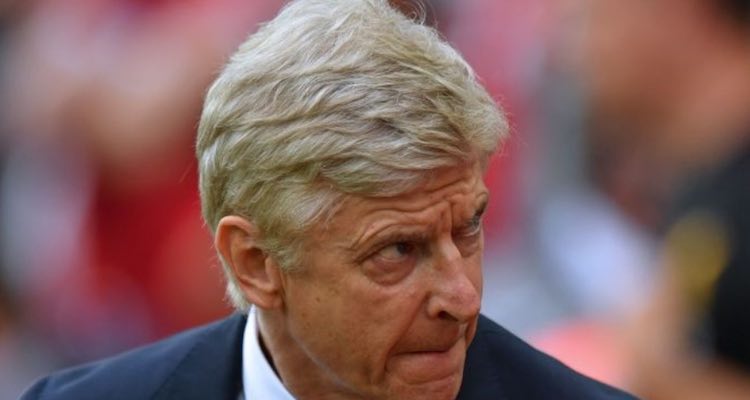 Although things could be better at Arsenal right now, I’m looking forward to Saturday’s game against Bournemouth. Not because I’m especially confident, not because I think we’re going to blow them away and get back on track, not because I think the manager is going to show us some clarity of thinking with regards his team selection and tactics, but just because it’ll be something different.

There’s nothing worse than going into an Interlull on the back of a bad performance and defeat, because it lingers so long in the memory. When you add a disappointing end to the transfer window on top of that, it’s like being in a small room with a very flatulent person: all you can smell is the farts. Bournemouth, at least, will allow us to open the window and let some fresh air in.

Despite driving people mad with his apparent lack of strategy in the transfer window, Arsene Wenger has said some interesting things during this window. He did an interview with beIN Sports (they seem to have some kind of exclusivity with him), which they’ve drip fed throughout the Interlull. On the one hand, you have to say the timing is far from ideal, but on the other some of what he says makes a lot of sense.

For example, the idea that the transfer window should close before the season starts and remain closed throughout the campaign, doing away with the January window:

What’s happening is that the players now with the transfer window close … September will be okay. The players who do not play or the players who are tapped up in October they already start again to think where do I go in January. That’s not a way to be on board with a football club. I believe we have to realise that.

The ideal situation would be to have a transfer period that is closed 48 hours before the first game of the championship and to close it completely until after the season.

Leaving aside whatever view you have of Wenger and how he does business, it’s hard to argue that this would be anything other than a good idea. It means a distraction free season, it means clubs must focus and do their business before the start of each campaign, it means the players have that security/clarity, and it means that the media-fed hysteria over transfers – yellow ties and all that shite – can only happen once a year.

As I said though, you can’t help but roll your eyes a little because of the timing of it. A summer in which Arsenal had plenty of time, even after the season began, to address key issues within the squad ended with us not doing that, and some will understandably see this through cynical eyes. It’s Wenger preparing the excuses for January etc, but I do think when you take it in isolation it’s a good idea, because I think the influence the transfer industry has over football itself could do with being knocked back a bit.

He also spoke about how it was impossible to predict the trajectory of a player’s value anymore, citing Ousamane Dembele’s move to Barcelona from Borussia Dortmund:

The amount of money is completely disconnected from reality and the truth. I give you one example. Dembele last year was £15million, this year £150 million. No matter how well you work on a football pitch you cannot make a player go from 15 to 150, but the calculation between investment and what you can get back that has gone. It’s just can you afford to buy or not.

Again, hard to argue with that, although you might say that a man who bought Nicolas Anelka for a pittance and then sold him for £22.5m – a sum so vast in 1999 that it bought us Thierry Henry and a new state of the art training ground – has seen this kind of thing before. It’s really about how you well you can manage and deal with the market, and this summer – despite the incredible inflation that has seen transfer prices lose meaning in many cases – it’s clear that Arsenal as a football club are not set up as well as they should be.

The need for a Director of Football is now blindingly obvious. Again, I’ll make it clear I’m not talking about the model where this man has authority over this manager, but is there to support him and help him do what he needs to do in the transfer market, with contracts, and beyond. The current ‘team’, consisting of Wenger, Gazidis and Dick Law, is not big enough, decisive enough, or well-connected enough to cope with the modern transfer market.

Whenever a new manager arrives, whether that’s sooner or later, this is an appointment that has to be in place because that man will both want it and need it. We will not find someone who wants to do everything Wenger does now, nor should we be looking for that kind of person anyway. If this summer hasn’t provided enough evidence that these structures are necessary for the smooth running of a modern football club, they I don’t know what else will.

For some extra reading this morning, here’s Tim Stillman on the Jack Wilshere situation, and what we might get from him in the season ahead.

We’ll have all the news throughout the day over on Arseblog News, and I’ll be back tomorrow with an Arsecast. Until then, have a good one.