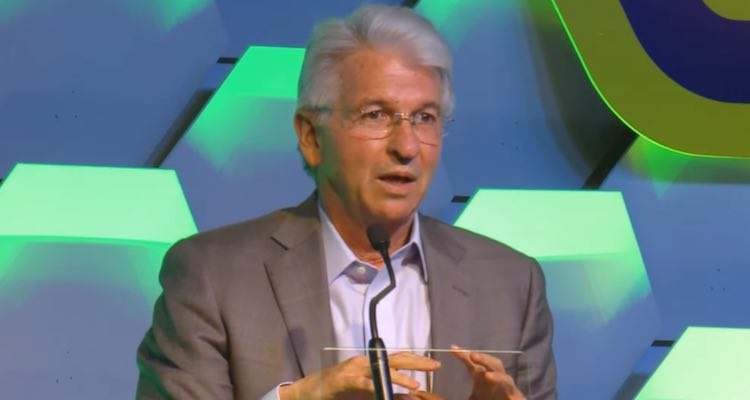 Last week it was reported that Arsenal’s chief transfer negotiator, Dick Law, would be leaving the club at the end of the month when his contract expires. From what I understand, this isn’t a case of him being pushed or let go as part of some kind of power-play, but simply because of his desire to return home to America to spend more time with his family.

It’s also been suggested that Ivan Gazidis has taken an office at Arsenal’s London Colney training ground so he can be closer to the action, and perhaps to have a more hands-on role when it comes to the club’s transfer business. This may be for other reasons too, but I would hope that departure of Dick Law is one that’s seen as an opportunity to really shake up an area that very seriously requires it.

First of all, as chief executive, Gazidis has responsibilities that go beyond transfers, and while there’s nothing to say he couldn’t or shouldn’t be involved in that to some extent, you would hope that his focus will be fixed more firmly on the business side of the club. Commercial revenues, sponsorship deals, marketing, partnerships, ticketing, memberships, the club ‘brand’, and other areas – in which revenues are not what they should be – all fall under his remit. There’s work to do in that regard and that really ought to be his primary concern.

It’s been clear for some time that our set-up as a club when it comes to recruitment and player attrition has been found wanting. We find it difficult to bring players in, we find it difficult to move players out, and that’s with the trio of Wenger, Gazidis and Law working on things in conjunction with a scouting department that needs a root and branch shake-up from top to bottom.

Whatever you think of Law and how he’s operated down the years, there’s no doubt that he had a lot of work to do. He carried out negotiations with other clubs, and he was someone who spoke a number of languages making contact with clubs abroad easier. He was involved in player contracts at all levels, and did a lot of travelling throughout the season.

Of course we did hire a legal expert during the summer. Huss Fahmy came from Team Sky to inject some legal expertise into the matter of player contracts, and that’s a good move. Bringing a specialist in to do specialist work, no arguments there, but as yet it’s unclear how much he’s had to do and how effective it has been. It might take some time before we see that, and given the contractual situations he’s having to deal with right, he’s been thrown in at the deep end.

So, it seems very obvious to me that Arsenal need to bring in somebody to replace Dick Law. His departure leaves a gap that really needs to be filled by another person, not Ivan Gazidis taking on more responsibility. In some ways it’s the perfect opportunity to start building a platform for the future, a future when Arsene Wenger is no longer the manager, because the sooner we get those structures in place the better.

We know right now that Wenger is opposed to a Director of Football in the traditional sense. He will not work with someone who has authority of his decision making, whether that’s in terms of recruitment, team selection, which players come and go etc. However, this doesn’t have to be that … yet.

This appointment would be someone to help and support him in the current system, and when the time comes to say goodbye and bring in a new manager, we have the ability to shift to a more modern set-up under which the new head coach would operate. The new Dick Law, whoever that might be, would have some time at the club under his belt, awareness of what works and what doesn’t, and then hopefully the authority to make the necessary changes.

Arsenal are already stretched too thinly during transfer windows, and with next summer’s changes to contend with in a World Cup year, we have to ensure that we improve. That’s not going to happen without filling the gap Dick Law’s departure leaves, regardless of how much extra Ivan Gazidis does. And, as I said earlier, he has other very important areas of the business that he has responsibility for.

It’s a chance to modernise and improve our behind the scenes set-up, and I hope that the people tasked with running this football view it as exactly that and not a way to increase their own authority. It’s a role that could, perhaps, be filled by an ex-player, or someone who could add some genuine football knowledge to a boardroom that, despite talk of a catalyst for change, remains very short of it in general.

Am I confident? Not really, but I am hopeful that it will be seen as the opportunity it is to make Arsenal better. Which is, of course, the most important thing.

Let’s leave you today with yesterday’s Arsecast Extra. James and I chat about the Bournemouth win, Danny Welbeck and Alexis Sanchez, this Dick Law issue, the Europa League, and lots more. Links below, enjoy.