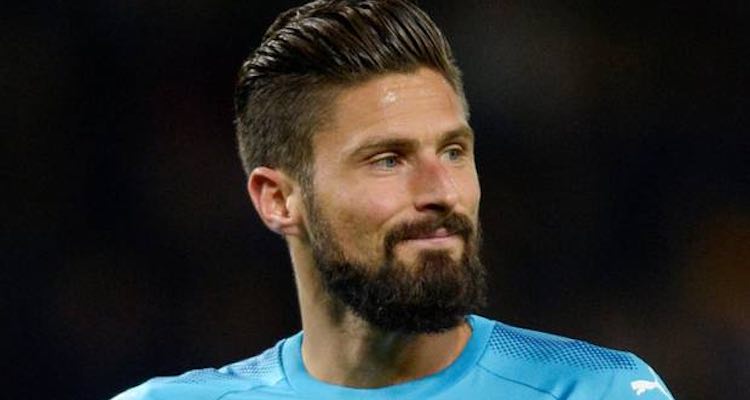 Ok, maybe the Europa League is not where people want to be, but I have to say I’m enjoying it so far. Last night was fun. We won of course, and that always makes things enjoyable, but I think the fact that it’s just something different is part of it too. It may not have the prestige or glamour of the Champions League but nor does it have the familiarity and the feeling that we’ve seen/done this loads of times before.

The key difference is the fact that Arsene Wenger has to get a bit creative with his team selections. It’s more difficult to rotate to the same extent when you’re feasting from Europe’s top table, but when you’ve got to travel to Belarus with less than 72 hours between your kick off against BATE Borisov and the Premier League game with Brighton on Sunday, there’s an obvious need to keep players fresh.

We saw Reiss Nelson and Ainsley Maitland-Niles start as the wing-backs again. The former, who looked a little lost at times during the Doncaster game, seemed much more assured this time around, while the latter put in a solid if unremarkable performance on the left. There was also a full debut for Joe Willock, given the nod in central midfield alongside Mohamed Elneny. I really liked what I saw from him. He’s only turned 18 a few weeks ago, but he was calm, assured, used the ball well with a 91% pass completion rate, won 80% of his tackles, and put in the kind of performance that belied his years.

For those who will say ‘It’s only BATE Borisov’, fine. If you can’t find anything to enjoy about a kid playing like that, that’s up to you, but these were experienced players he was up against. Men who have played Champions League football in recent seasons, and I thought he was very promising.

Further ahead Jack Wilshere had an excellent first half, showing his quality throughout, and setting up Theo Walcott for a close-range chance which he couldn’t miss but almost missed but then didn’t. Walcott doubled the lead after a howler from their keeper, and from a corner Rob Holding bundled in his first Arsenal goal to give us a 3-0 lead after 26 minutes.

As ever we had to add a little dash of Arsenal to proceedings, allowing them to get one back a couple of minutes later. Ivanic’s header was decent, but you really have to look at Ospina and wonder why he didn’t do better. I mean, there’s an obvious answer to that, in that he’s a goalkeeper capable of brilliant saves but also one who lets in too many that you’d expect him to keep out.

BATE were lucky not to be down to 10 men, quite how they were awarded a free kick rather than a red card when their chap straight-armed Willock in full of view of the referee is beyond me. I suspect the official was, as the technical term goes, shite. He let them foul with impunity and penalised us for very little, but then must have felt it had gone too far one way so awarded us a very generous penalty when some bloke stood on Mustafi’s foot by accident.

That gave Olivier Giroud the chance to score his 100th goal for Arsenal, and he made no mistake, slotting home the penalty like a Handsome French Bloke. Interestingly, his 100 goals for Arsenal come after 238 games, one fewer than a certain Dutchman who has a head like a badger. He’s been the brunt of criticism down the years, and sure he misses some chances, but he’s been an excellent signing for us, and that’s a great achievement. Fair play.

The goals weren’t over though, as the home side got one back from close range after some unconvincing defending/keeping, but despite that getting their tails up they didn’t find a way through again. Arsene Wenger handed debuts to youngsters Marcus McGuane and Eddie Nketiah, and in the end we took a decent win and the three points back to London with us.

I believe overall we had a team that was a mixture of experienced players and young players and overall we had a good cohesion. We played football like we wanted to play, with good pace in our game. We maintained it for 65 minutes maybe, but the last 20 minutes were a bit more difficult. Overall, I am very pleased with our performance.

Obviously the goals came from the experienced men, plus Holding, but the night was really about the young players and how they’d fare, and in that sense there was plenty to like. There was a moment when Reiss Nelson made an opponent fall over by shimmying one way then the other, and as I said above I really enjoyed Willock’s performance in the centre. It was also great to see Wilshere pull some strings in there, and while we have to apply all the usual caveats about staying fit, it’d be great if he could because he still has something to offer.

All in all, a decent night in which the positives far outweighed the negatives.

Elsewhere, in reaction to them being leaked online, Arsenal released the full year financial results yesterday, and you can get the fine points and a link to the full report here. It seems we have quite a lot of money, surprise surprise. There’s also Ivan Gazidis’s statement here, I particularly enjoyed the bit about how retaining Alexis Sanchez and Mesut Ozil was presented as some kind of triumph.

We’ll have lots more post-match stuff and the rest over on Arseblog News throughout the day, and for now I’ll leave you with a brand new podcast discussing last night, Sunday’s game against Brighton and lots more.