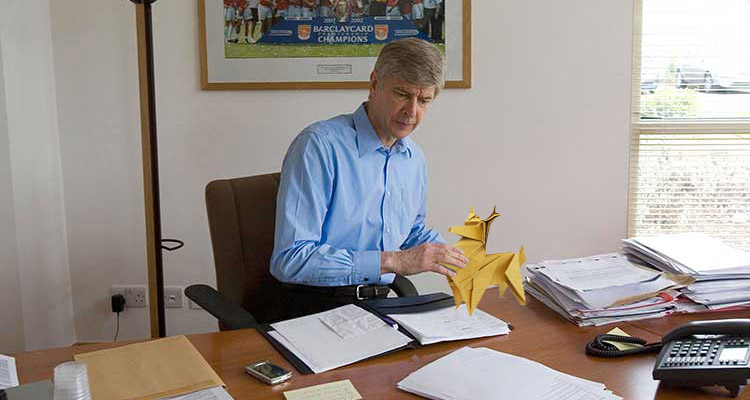 Hey everyone, happy Friday to you. This is one of those weird weekends where we have to just sit and watch because we’re not playing until Monday.

Even when that does come around, it’s one of the least interesting fixtures of the season as we face West Brom. It’s not to say I’m indifferent, of course I want us to win and while the game is on I will be fully invested in it, but in terms of previewing it there’s not a lot to say and I can’t exactly fib and say the anticipation is high for this one.

Arsene Wenger held his press conference yesterday, which I found a bit strange. Normally, the pre-game press conferences take place on a Friday, with the odd occasion when they’d be on a Thursday depending on the fixture. For example, if we were playing Newcastle away and faced a long trip, it made sense to have it earlier.

However, when you’re playing at home on Monday and you have the press conference the morning after a Carabao Cup game, that’s just a bit odd. Maybe Arsene Wenger has got something else on on Friday mornings at the moment. What could it be? We’ve asked famous bookmaker, BetTwat 360, to provide some odds.

Anyway, there wasn’t a lot of team news, as you’d expect given that we’d just finished playing a few hours previously, but both Calum Chambers and Danny Welbeck have been ruled out of action until after the international break, while Jack Wilshere came through the Doncaster game without any ill-effects.

The manager was asked about the England midfielder’s future, and said:

That is down to – and I said that many times – to the fact that can remain fit or not.

The 90 minutes won’t have done him any harm, and he is now close to being considered for a return to Premier League action, but as ever with Jack there’s that big, bandaged, recently operated-on question mark hanging over him. I would be surprised if there were new terms on offer, and given he’s into the last 12 months of his deal I suspect we’ll see a parting of the ways next summer, but footballers careers can go in directions you don’t expect, so it’s not impossible, I guess.

Meanwhile, it was put to the manager that the inclusion of Alexis Sanchez in the squad for the EFL Cup and Europa League was a kind of punishment for what happened during the summer (which wasn’t much), and his desire to leave for Man City. To that, the manager said:

No, not at all. That’s going into very quick conclusions, not at all. Alex Sanchez has been out and injured and I thought he was still a bit short on Sunday, physically. And I played him as well last night to give him more competition.

There’s no disguised attitude on my side, I just try to get him back to full fitness.I gave him a long holiday and this year he had a real rest, he came back not really fit and then he got injured. If you add the injury and the rest time it was a bit long. Last night you could see he’s coming back sharp now and I left him on the pitch for 90 minutes because I wanted him to have a real go.

When you think about it, the question as to whether this is a punishment is completely redundant because it’s Alexis Sanchez. How do you punish him? By not playing him. Allowing him to do the thing he loves most in the world is about as far removed from punitive action as you can get. It’s also pretty clear watching him that he’s not quite at his sharpest yet, and his game is such that when he’s below optimum fitness the rough edges to his game are quite rough indeed.

He showed flashes of his quality, not least that gorgeous ball that led to the goal, but there were moments when his decision making was off, he slowed things down a bit too much, and when he’s closer to his physical peak we see those things less often. So I really do think it’s 99% about fitness and conditioning, and the 1% of playing your star player in the two tournaments which you would normally rest him for is both accidental and a little bit convenient for Arsene Wenger.

Not a lot else going on this morning, but just a quick heads-up for those of you down under. I’m going to be at the Sports Writers Festival in Melbourne and Sydney in late October/early November, talking about Arseblog, writing about Arsenal, podcasting, and all the rest. Full details are on their website, and hopefully we can catch up with plenty of you over the course of that week.

For today, I’ll leave with you a brand new Arsecast, in which I chat with Rory Smith about a piece he wrote for the New York Times this week discussing injuries, injured players, how they cope, how fans view them, and lots more. Have a good day.