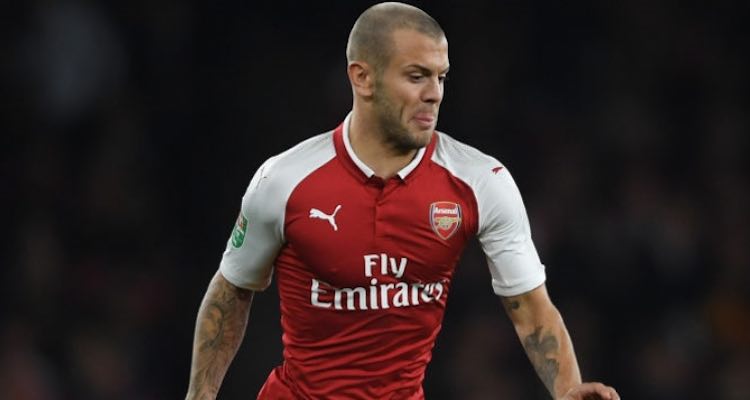 Sometimes the League Cup can be tremendous fun. Teams of fringe players and kids playing lower league opposition just give you something fresh and different. There have been some good nights at the Emirates down the years, but it would be safe to say last night’s 1-0 win over Doncaster wasn’t really one of them.

It started well enough, with Arsenal dominating but unable to find a way through. Most of the first 20 minutes seemed to be played in their final third, and there was almost a spectacular opening goal when Olivier Giroud’s acrobatic scissor-kick came back off the bar.

There were a series of dangerous low crosses which Arsenal players studiously managed to avoid. Giroud headed an Elneny cross over the bar when he should have scored, and then the one real moment of quality in the game provided what turned out to be the winner.

Alexis picked the ball up in midfield, spotted Walcott’s run, and found him with a beautifully weighted ball over the top. The first touch wasn’t poor, and he lifted the ball over the keeper to make it 1-0 in the 25th minute. It should have been the goal that opened the game up a bit, a platform for us to go on and score more, but in reality it was a goal which we saw as some kind of cushion and a lead we didn’t have to worry too much about.

The first half ended with Doncaster smashing a good chance into the side-netting, and the second was one of the most tedious 45 minutes of football I can remember for a long time. The visitors had the better chances, bar the absolute sitter that Walcott missed, and by the end I was literally dreading the idea of extra-time. They hit the bar close to the end, but we hung on valiantly to go through.

I was, to be perfectly honest, glad it was over. Afterwards, Arsene Wenger said:

I believe that we started well and in the first 25 minutes had a good pace in our game and good flow and slowly lost a bit our cohesion and our speed in our passing and decreased our level. After that I think we did the job even if we had not anymore the style we want to play and the flair to kill the game off.

If there was anything positive to take from the game, beyond the functional victory, it was Jack Wilshere doing 90 minutes. He was the stand-out player in the first half for us, and you could see the extra bit of quality he had, although fitness is still clearly a bit of an issue. Playing the full game will have done him some good, and hopefully he won’t have any adverse effects afterwards.

Looking at our squad, I think there’s a chance for him to make an impact in the Premier League, but of course it’s all fitness permitting. His touch looked good, even if his legs got a bit heavy towards the end, but that’s understandable considering how long it’s been since he played a full game.

The other interesting thing was a debut for the exciting Reiss Nelson, and while I understand the manager playing him at right wing-back (mostly because we don’t have anyone else right now except Hector Bellerin), I think it’s fair to say it’s not his natural position. There is a need to learn the defensive side of the game, and I think we could see that there’s a bit to do in that regard from his point of view, but it also makes it hard to assess him as he is very much an attacking player.

Like Ainsley Maitland-Niles being deployed on the left, we had two youngsters out of position in key areas. We saw how much using Bellerin and Kolasinac in their natural roles helped the fluency of the team against Chelsea, so those selections last night played their part in the overall display. It’s not to criticise either of the young men, but it didn’t help too much.

There was also another start for Alexis Sanchez. It’s just me speculating, of course, but it just felt there was something more to this than getting him match fit. Not quite a punishment, but I didn’t expect him to play and especially not for 90 minutes. Maybe it is what he needs, to be revved up, and to have those minutes under his belt, but I guess we’ll see what kind of team we see on Monday against West Brom.

We finished the game with two injuries. Calum Chambers went off at half-time and will miss another couple of weeks with a hip problem, while Theo Walcott got a kick on the back of the knee. The duration of his absence is, as yet, unknown.

The draw for the 4th round was made afterwards, and it’s a home game against Norwich. Another chance to play some youngsters, at least. Now we head into a weekend with no Arsenal, we don’t play until Monday night, so let’s hope everyone else loses in the meantime.

That’s that. Back tomorrow with some kind of Arsecast. Until then.