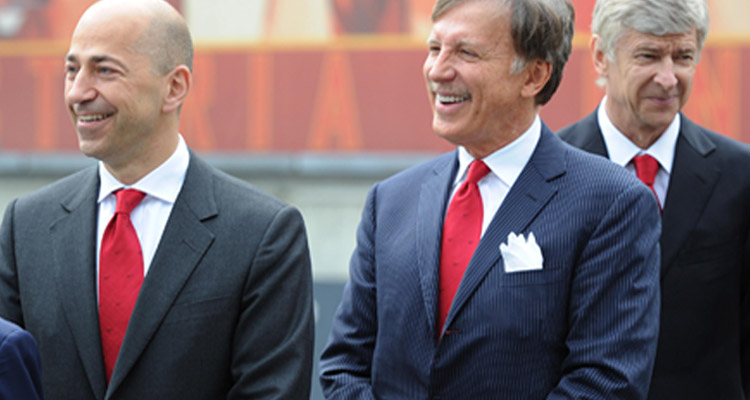 Hello, how you are, good day to you, greetings, top of the morning to you, and so on. I think I’m still slightly delirious having live blogged the entirety of transfer deadline day yesterday, then recorded a podcast immediately afterwards. Sure, sweet delicious Woodford Reserve helped last night, but not so much this morning.

It wasn’t exactly the action packed day we had hoped for. The only business we did was with regard to players going out, and ultimately nobody came in despite an apparent late move for Thomas Lemar. Even that was typical of the way we’ve operated for most of the summer, and dependent on fully changing our minds on Alexis Sanchez.

From what we can gather we accepted a bid from Man City for the Chilean but only on the basis that we could get somebody in to replace him. That player was Lemar, there was an alleged £92m bid which Monaco accepted, but then we supposedly pulled out because there wasn’t enough time to agree personal terms. Some say that the player turned us down, and if he did who can blame him? We had all summer do a deal, and we left it a couple of hours before he was due to play a World Cup qualifier for France (in which he very kindly showcased his quality with two goals).

Man City were said to be furious because that meant that we then nixed the Sanchez departure, but quite frankly Man City can stick it up their holes because they’re just as bad as us. If they’d really wanted Alexis, they could have made that £60m bid any time during the summer, instead they waited until the dying hours of the window to do so, and the outcome was not a good one. You know, it’s almost as if trying to do complicated, big money deals on the final day when you’ve had all summer to get them done is a really shit idea.

Call me crazy, but I think if you really want to do a deal, you should give yourself enough time to cope with any hassles or issues along the way. As for what it says about us, I despair at this point. We spent all summer saying Sanchez was not for sale, then when it came right down to it we capitulated on that stance and would have sold him if we could have got Lemar, or probably someone else in. Again we come back to the question of ‘what is our plan?’ and it seems clear there isn’t one. We just make it up as we go along, and we’re bad at improv these days, very bad it at.

Anyway, the five players who left yesterday were:

Lucas Perez to Deportivo: Having rejected a few bids from his former club, one of them which would have reached €14m or so, we’ve loaned him there for a year for a fee of around €4m. There’s no option to purchase at the end of it, so next summer we’ll be in a similar situation with a player a year older, a year less valuable, and we have to do it all over again.

Joel Campbell to Real Betis: Nobody will be surprised that this is yet another loan for the Costa Rican international. It’s his sixth loan move since joining the club, and nobody sums up this club’s recruitment policy in recent years quite like him. Dick Law spent a week getting the runaround before finally tracking down his real agent and signing him in 2011. Campbell arrives, can’t get a work permit for three years so it out on loan, eventually gets one, manages to become semi-regular in the team with some effective, hard-working (if not world-beating) performances, at which point we decide this kind of behaviour is intolerable and send him back out on loan again.

Actually, between Campbell’s situation and the Perez deal, on which we’ve essentially wasted £17.5m + wages (because the manager simply doesn’t want the player), we have two high quality examples of what not to do, and how not to do it, in the transfer market.

Alex Oxlade-Chamberlain to Liverpool: To our credit getting £40m for a player in the final year of his contract is good business, but I wonder how much that had to do with Liverpool wanting to be seen to splash the cash rather than tough negotiating on our part.

Again, another situation we’ve managed poorly, especially playing him at Anfield when his mind was clearly elsewhere (the home dressing room) was a terrible decision, but not one that should reflect poorly on him. He was abject on the day, but he was far from alone, and while his agent may be one of the most terrible people on the planet, the Ox himself hasn’t behaved in a way that deserves the very many snake emojis doing the rounds yesterday.

For me the key part of letting Oxlade-Chamberlain go was reinvesting the money we got back into the squad and we just did not do that.

Donyell Malen to PSV : Kelechi Nwakali to VVV Venlo: The former, a very highly rated youth prospect, has gone back to Holland having signed from Ajax in 2015. Feels like a move to get rid of Andries Jonker signings, while the young Nigerian will have a developmental season in the Eredivisie. Good luck to him.

So, where does that leave us in terms of our summer business? Here’s a list of all the ins and outs this summer, and you can see that there’s a lot more out than in. 24 players of various stripes have gone, 2 have come in (click the image to enlarge it).

Financially, it’s been a good summer for our coffers. The wage bill has been slashed, and with only one signing for which we had to pay a fee, we’re in profit to the tune of around £30m. Think about that: a club which struggled last season, finished 18 points behind the title winners and fell out of the Champions League for the first time in 20 years, decided the best course of action was not to invest in the squad but to make money from it.

Of course spending money is not the be all and end all, but it’s very hard this morning to look at what we’ve done and not believe that they have, once again, prioritised finances over sport. Cash over football. That’s what drives the decision making at Arsenal. It’s not as if we’ve said ‘Sod it, let’s throw in the promising kids we have and just go for it’, because we still have the majority of the players who failed to challenge last season, and created an atmosphere so toxic that loads of them just phoned it in for the third game of the season.

We were told this summer would be a catalyst for change, and I can tell you now if I’d been the person who used that phrase then presided over the shambolic bungledump that this summer has been I’d be too embarrassed to go outside the front door, let alone carry on in my job. From top to bottom, Kroenke to Gazidis to Wenger and all the way down, they’ve bollixed this one up in a big way.

Some will say that now the window is close we have what we hold and all we can do is get behind the lads and support them. For the 90 minutes of the games, sure, but what Arsenal as a football club have done is created is an atmosphere in which every error, every goal conceded, every dropped point or lost game, will come back to what they did and didn’t do this summer. This is not on the fans, it’s not on how the team or the club is supported, it’s 100% on them.

They have made their bed, now they’ll have to lie in it.

For greater discussion of yesterday’s business (or lack of), the summer in general, transfer business, the state of the squad, and everything else, check out today’s Arsecast. It was recorded immediately after the window closed last night, and with me to talk about it all are Andrew Allen (@aallensport), The Man from East Lower (@eastlower), Tayo Popoola (@djtayo), and Elliot Smith (@yankeegunner). All the links you need are below, enjoy, and there’s more from me tomorrow.