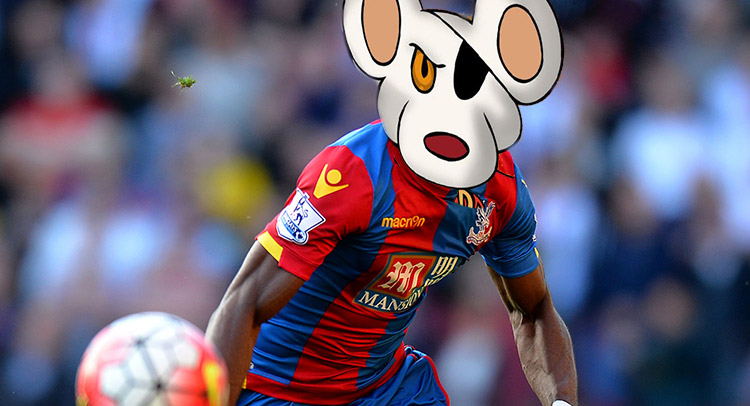 What an interesting first weekend of the Premier League we’ve had thus far. I enjoyed Match of the Day last night, even if they only showed really slim highlights of our game, and not just because Ian Wright called Wilfried Zaha ‘the new dangermouse‘.

The first game up was Chelsea v Burnley, the defending Champions at home against a team who won just once away last season. Gary Cahill got sent off in the opening few minutes for a tackle he’s pulled out of his locker more than once. Those with a keen memory will remember the set-to on the touchline between Arsene Wenger and Jose Mourinho a couple of seasons back. The one where the then Chelsea manager cacked his pants after the manager took umbrage at a Cahill challenge on Alexis Sanchez.

That should have been a red card, but the referee bottled it, handed out a yellow and that was part of what got Wenger angry. Yesterday’s ref did not bottle it and rightly handed out the red card. Then Burnley scored three goals, Cesc got sent off in the second half too, and despite a late rally which I liked because it might have given their fans some hope, they lost. I like that.

Elsewhere Liverpool’s defenders have been reading from the same manual as ours as they were held 3-3 at Watford, a fairly obviously offside goal saw the home side equalise right at the death, but throughout the Mugsmashers’ defending was as atrocious as it was last season. Which is a good thing, keep that playing field level.

It means that at the moment Huddersfield, after 9000 years of not playing in the top flight, are top of the league after beating Crystal Palace 3-0. I look forward to many think pieces tomorrow about whether or not they can keep up this form and remain in the Champions League places until May.

Not a huge amount happening from an Arsenal point of view. You’ll have seen Arsene Wenger’s comments on Olivier Giroud following the Leicester game. The manager said he’d given him the chance to go if he wanted to, but he didn’t want to, and that’s clearly a good thing given the contribution he made on Friday night.

Speaking afterwards, he admitted he was torn because he wants to play as much as possible, something I think everyone understands, but in the end he listened to some internal voices:

To be honest, there was something in my soul and in my heart which told me to stay. I have been hesitating because I am the most happy man when I play and I am on the pitch. I keep the faith and I still believe I can have an important part to play this season in the club.

There are nice days to come for me in an Arsenal shirt.

He’s now on 99 goals, the 100 surely can’t be far away, and that puts him in a very nice club indeed. I think he’ll get plenty of games this season, there’s a lot of football, and while it’s clear that the signing of Lacazette signals a new direction in terms of our forward play, Giroud showed he’s still capable of making a significant impact.

Finally for this morning, some quotes from Ivan Gazidis who was interviewed by Gary Neville on Sky Sports ahead of the Leicester game. Here he is on what success means for Arsenal:

Some of it is in the transfer market, but there’s an awful lot of work as well this summer that’s gone on behind the scenes. We’re bringing through some really good young talent, and we’ve got reason to be optimistic and confident about the transfer market.

He was also asked about how Arsenal, as a club, would deal with a transfer market that is increasingly difficult to make sense of when you look at some of the money splashing around. He cited the success of clubs like Leicester, Monaco, Dortmund, Atletico Madrid and RB Leipzig as evidence that big spending is not the only way to win things:

I do think in the end money certainly has its place in the sport, and I’m not saying it’s not important, but I do think if you’re imaginative, creative, if you’re progressive, if you have a vision, you can be successful in that world.

I think everyone understands that not every solution is about buying players. It’s great to see young talent come through and we all enjoy it when a good player emerges from our youth system – the emergence of Bellerin and Iwobi over the last couple of seasons has been great.

However, when your team has a couple of pieces missing that you can’t fill with an academy player, then there’s really only one option and that’s the market. It doesn’t have to be £150m, and I guess that’s some of the creativity he’s talking about (Leicester finding Kante, for example), but I find comparisons between us and Leicester really quite spurious, and to me it sounds like we’re latching onto their fantastic, but unrepeatable, success as a way to justify not investing. I’d happily be proved wrong there though.

Right, that’s it, have a great Sunday, back tomorrow with an Arsecast Extra, and let’s hope today’s football serves us up some of the deliciousness of the last two days.

And if you still need something to pass the time this weekend, our Premier League preview Arsecast should help with that – even if we are a couple of days into the new season.