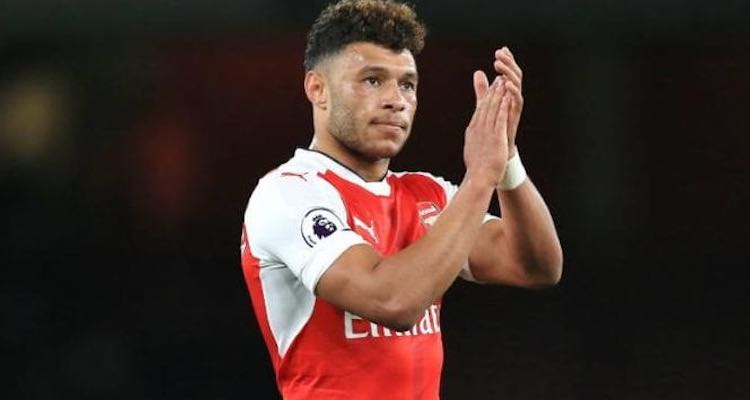 Hello, happy Saturday to you. I hurt my back playing football and I dreamed that Tom had installed secret drinking dens at the Arseblog offices, but the thing is we don’t have any offices. Hopefully it’s a vision of the future.

Let’s start this morning with Alex Oxlade-Chamberlain who has, according to all reports, met with the manager and chief executive and rejected a bumper new deal that was offered to him. Despite Arsene Wenger saying he’s a player around whom the team should be built and how he has a responsibility to the club after his education here, he’s not swayed and won’t sign.

That means he’s either going to leave during this transfer window for a transfer fee, or next summer for absolutely nothing. And as I wrote a few weeks ago when it was first mooted he might go, we should get as much as we can for him before next Thursday, even if that means selling him to Chelsea.

Some will point to Oxlade-Chamberlain’s last campaign as one in which he made progress, a step forward, and that’s not unreasonable at all, but ultimately he’s a player whose contribution is much more easily replaceable than the other two. I’d also say again that if, even in this market, Arsenal were about to spend £35-40m on a player with his track record, people would definitely have reservations.

I suppose there are two key issues to this thing, beyond the fact a player who has grown up at the club under this manager and who is a popular figure on and off the pitch wants to leave. Firstly, selling to a rival. Nobody likes that. Even when a former player signs for a club like Chelsea having been somewhere else first it leaves a bitter taste, so to go directly there makes it more unpleasant.

The idea that you’re doing anything that might benefit them in some way sticks in the craw, even if they pay you a lot of money for it. I think there’d be a lot less opposition to the idea of Oxlade-Chamberlain being sold if he was going to go somewhere else. Even Liverpool would be easier to deal with, and if it were someone like Everton or Southampton I don’t believe there’d be the same outcry. Of course there’s also the idea that if a club who were champions last year want to buy him he must be good enough to play at that level.

Secondly, getting £35m for a player in the final year of his contract is good business by any standards, it’s a lot of money for a player who could move for free if he just sat out the remaining year. It’s what we’re going to do with that £35m that’s the issue. Let’s say we sell him for that amount on Monday, it leaves us with just three days to reinvest it back into the squad.

It would also put our transfer dealings this summer into the black. While others have gone out and spent to boost their squad, we’re in profit, having allowed a useful utility player to leave. Is there anything more Arsenal than that?

People will ask, ‘If we sell, is there a plan to replace him, either in the market or with one of those famed ‘internal solutions’?’ Given the way the manager talks about wanting to keep Oxlade-Chamberlain, I suspect not.  So, why not just keep him? I guess we could, but we then write off £35m that *could* be used if we had a mind to use it.

Why not use some of that money and go back for Thomas Lemar? The deal may be ‘dead’ now, but if Monaco have demonstrated anything at all this summer it’s that if the price is right they will sell. Make them an offer they can’t, or won’t, refuse.

Ultimately though, that we’re in this situation at all with a player like Oxlade-Chamberlain speaks to more fundamental issues behind the scenes. We have nine players out of contract next summer, and a further eight the summer after that. There has been a genuine failing in dealing with contracts. We are looking at a massive churn of players, some of whom we’ll be ok with letting go, but others who we would prefer to keep.

And if you’re an Arsenal player right now, how reticent would you be about signing a new deal, with no idea who you’ll be playing with in a season or two? You’d be waiting to see who commits, and who doesn’t, and nobody wants to be the first man on the dancefloor so everyone’s standing around just watching.

What I’d like to see Arsenal do is sell Oxlade-Chamberlain then do something in the final days of the transfer window that re-energises the place. Take the money and spend it on a player that will make a difference, a player that shows we have ambition to win things rather than make profit, and whose presence makes the other players believe in what the club is doing.

That’s what I’d like to see us do. What I expect us to do is a bit different, unfortunately. I’d love to be wrong, by the way. I’m all up for a great big slice of humble pie here, but I could see us sell and not use the money, and I could also see us keep him and muddle through with a player who has made it clear he wants to be elsewhere.

With Arsene Wenger now warning he could be overruled by the board on Alexis Sanchez, it feels like there’s the potential for a lot to happen between now and next Thursday night at 11pm. What’s clear, at least, is that the days of making it up as you go along in the transfer market ought to be a thing of the past, and that the club needs to be better at managing these situations.

Perhaps we’ll see some decisiveness in the next few days. Perhaps I will win the lottery tonight.

Back tomorrow with a Liverpool preview, but in the meantime check out yesterday’s Arsecast for discussion of that game and much more.