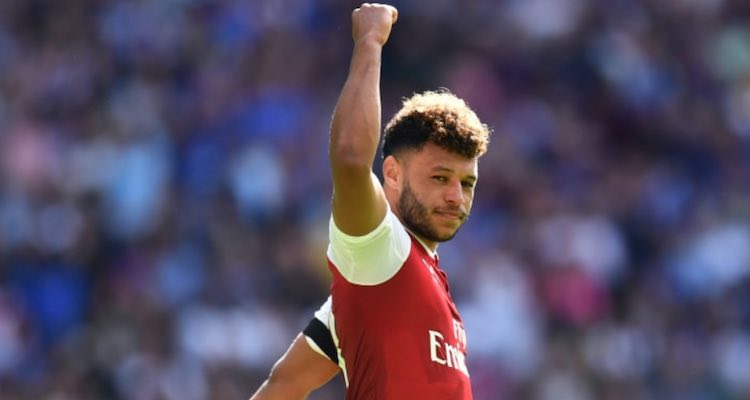 Morning. The big story of yesterday was the Evening Standard reporting that Arsenal were in negotiations with Chelsea over the sale of Alex Oxlade-Chamberlain, with a reported £35m on offer for man who turns 24 today.

It’s one that has certainly divided opinion. A poll on the Arseblog News story linked above has ‘No’ at 52% and ‘Yes’ at 48% to the question of whether or not we should sell him. Alex Brexit-Chamberlain. And I can see both sides of this one but I have to say if the offer is real, and that kind of money is there, I’d be leaning towards letting him go.

It’s not that I don’t like him. I think he’s got lots of excellent qualities, he seems like a good guy who has a real attachment to the club, and then there’s the idea of selling to a rival which complicates things as well. I wouldn’t sell Chelsea the steam off my piss if I could help it, but I think the movement of players between the top clubs in England is something we’re going to have to get used to because I believe it will become more and more prevalent.

As I wrote a few days ago, the transfer fees and salaries in the Premier League mean that the clubs have created their own mini-bubble, a self-contained market in which only they can afford to operate in. And I do think that some of the objection to this deal comes from the fact it’s Chelsea – understandably so, but if it were Everton or Leicester or even Liverpool I don’t think there’d be quite the same opposition to taking the money.

For me, the worry I have isn’t necessarily what we’re losing now, but the idea of losing what we think or hope Oxlade-Chamberlain can become. We’ve invested a lot in him and his potential down the years, at 24 he’s had an excellent grounding at Arsenal, and has his best years as a player in front of him. The idea of going somewhere else and blossoming is certainly one that causes a bit of unease.

But, what if his career simply continues on the same trajectory? What if he never fully manages to overcome the psychological issues of self-doubt that Arsene Wenger has spoken about more than once? What if the injuries that have had such an impact on his career continue to do so? What if the much-needed improvement when it comes to his decision making and final ball just doesn’t happen?

Oxlade-Chamberlain has played almost 200 games for Arsenal since making his debut in 2011. In that time he has a total of 20 goals and 26 assists (stats via @Orbinho)

Flip it around. If Arsenal were about to spend £35m on a player with 9 league goals in 6 seasons, and 14 assists in the same time despite playing the majority of his career as an attacker tasked with providing from wide areas, would you be over the moon about that? I suspect people would have doubts.

The other thing to consider is that Oxlade-Chamberlain has turned down a number of new contract offers from the club. As we’ve said before, the issue is, apparently, over playing time and where he’s going to play. He desperately wants to be a central midfielder, but Arsene Wenger – despite saying that’s where he sees him in the long-term – just does not play him there. He didn’t even give him a go in pre-season, preferring instead to deploy a youngster like Joe Willock.

I know you can’t read too much into pre-season, but if Wenger was going to use the Ox as a central midfielder during the season, he’d have played him there much like he did when he decided to move Kolo Toure to centre-half. So we have a stalemate, a player who won’t commit to the club and who will, in all likelihood, leave on a free transfer next summer.

For me, even though I’m loath to deal with Chelsea, it makes no sense not to accept the money on offer – on the proviso, of course, that it is spent on someone who can improve our squad. Some will ask what the difference is between the situation Oxlade-Chamberlain and those of Mesut Ozil and Alexis Sanchez whose contracts also expire but whom we seem unwilling to let go.

For me it’s the fact they’re established, experienced talent who produce on a consistent basis and who we need if we’re to perform the way we want to this season. We know what they’re capable of, and there’s also the fact that they are the two stars of the team. The idea of playing with Ozil and Sanchez is a draw for potential new recruits, and with the best will in the world that doesn’t apply to Oxlade-Chamberlain. It’s also clear that the situation with those two is having an impact here, because the fear of losing all three for nothing makes the money on offer for the England man more tempting.

We also know where they play, and as we enter his seventh season at the club we’re still waiting for the Ox to nail down a position. He’s no longer considered one of the wide players, he’s had some good games at right wing-back but seems to be behind Hector Bellerin in the pecking order, and I don’t see him as any kind of long-term option on the left in this system. Funnily, some of his best performances in an Arsenal shirt have come as a central midfielder, yet the manager – who sees him day in day out on the training pitch – continues to not pick him there unless he has no choice.

Bearing all that in mind, I think we should take the £35m but that money MUST be put back into the squad, because although I have doubts about Oxlade-Chamberlain’s ability to reach the potential we all hope he has, he remains a well-used member of the squad, a handy utility player, and someone who plays pretty regularly. Maybe Wenger sees the potential of someone like Reiss Nelson and feels like he needs to make room in his squad for him but that would be a very brave move at this point.

It’s not an easy one, but if Oxlade-Chamberlain won’t sign a new deal, then I think the best thing for the club is to sell, even if that is to Chelsea.

Extra stuff to get your teeth into this morning: Interesting analysis of Alexandre Lacazette’s debut from Thierry Henry on Sky last night; while there’s news that the transfer window could close before the start of the new season from next year.

Finally, get your ears around this week’s Arsecast Extra in which James and I chat about the opening weekend of the Premier League season, the win over Leicester, the Oxlade-Chamberlain stuff (pre-the Chelsea story in fairness), transfers, and lots more. Listen below, and there’s more from me tomorrow.