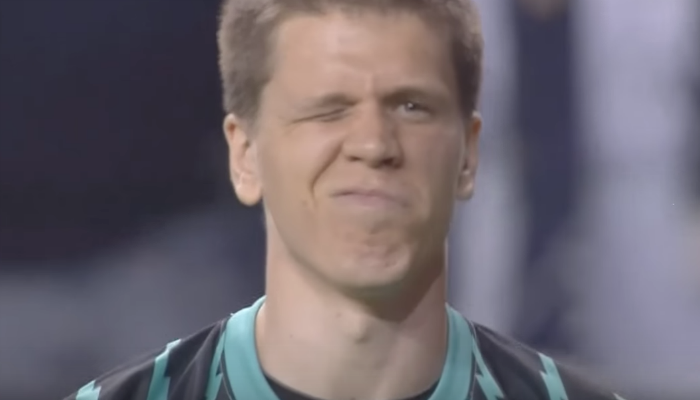 It was relatively quiet on the Arsenal front yesterday. With the boys flying Down Under for the first leg of the pre-season tour the only chatter from the club’s official outlets were pictures from the plane.

Naturally, Fleet Street 2.0 went into overdrive. Somehow I managed to resist clicking on clickbait fodder such as “15 reasons why flight socks might be the answer to the Gunners’ injury woes” and “9 questions we must ask about eating Arsenal cupcakes at 38,000 feet”.

I sometimes wonder whether such garbage, accompanied by autoplay videos and stupid polls, might beat climate change and Kim Jong Un to the death of humanity.

Anyway, just to prove I’m not a total misery-guts, I did enjoy the picture of Per Mertesacker in the cockpit. You might say he’s the new head of our Air-cademy. Oh come on, smile…I’m only here until Thursday.

Conspicuous by their absence from the 25-man squad were Lucas Perez, Kieran Gibbs, Carl Jenkinson, Mathieu Debuchy and Wojciech Szczesny. As I mentioned yesterday, we need to trim the wage bill and head count and these five look odds-on favourites to go first. I’ve visions of Jens Lehmann cleaning out their lockers, changing the locks and leaving bin bags of stuff at the gates of London Colney.

The impending departure of Szczesny is the one that makes me most sad.

Not only are we about to lose a top talent to Juventus, we’re also bidding farewell to a guy who experienced the successes and failures of the club like a fan. It made it easy to relate to him, even though his unchecked emotions and mind-boggling naivety ultimately proved to be his downfall. Well, at the Emirates at least.

Many words have been written about his decision to spark up in the shower after defeat to Southampton on New Year’s Day 2015. In the context of the modern game, it was a fantastically bizarre thing to do and he was rightly disciplined. I was going to say I’ve no idea what he was thinking, but when you care so much, thinking sometimes goes out the window. I’ll give him the benefit of the doubt and say it was mindless.

I actually reckon if he’d done it a year earlier he might still be an Arsenal player, but with Petr Cech up for grabs not long after it became a lot easier for Wenger to sideline his protégé.

Two years later and Szczesny is about to sign for one of the biggest clubs in the world where he’ll spend a year being mentored by his childhood hero, Gianluigi Buffon. It’s a stunning turnaround and you’ve got to give him huge credit for rebuilding his reputation so quickly during two years at AS Roma.

In May, he said: “I came here after a terrible season. I was in a bad moment. It was a good chance for me to re-launch my career. Coming here and having a fresh start, new challenges, new league helped me to mature a little bit as a player.”

A few days later, chatting to Amy Lawrence, he added: “I think I can be better now than I thought I could be when I was back at Arsenal. I have grown more than I would have hoped for. Now I think with the right work, the right attitude, I can go a long way. I always want to be the best but now I feel a bit closer to it.”

You genuinely get the sense that he left Arsenal a boy (even though he was in his mid-20s) and now he’s a man – one who knows what he wants and how to achieve it.

Perhaps it’s fitting that when trying to recall my favourite Szczesny moments, I could only really remember two saves of note, both from penalties. First that stunning tip over the bar of Antonio di Natale’s penalty in the Champions League qualifier in 2011 and then the double save at the expense of Dirk Kuyt in the 2-1 win over Liverpool later that same season. I’m sure YouTube will nudge you in the right direction of his other acrobatics.

What’s more prevalent in my mind is all the fun stuff that happened off the ball or away from the pitch. Like breaking both his arms at the same time before he’d even had a sniff of first team action, his baiting of Ashley Cole on Twitter, his cheeky wink after taking out Gareth Bale at White Hart Lane and that epic double-fist pump celebration after Arshavin’s winner against Barcelona. Even after he left for Italy, he continued to taunt Sp*rs. I mean, how good is that?

All the best Wojciech, you will be missed.

We’ll have the quotes from the press conference held by Arsene Wenger on arrival in Sydney on Arseblog News during today.

For the time being, you can chew over the fact that Alexis Sanchez hasn’t asked to leave Arsenal and that it was the club who approached Per Mertesacker about his upcoming Academy role.

We can review the rest on here tomorrow. You never know, if the lads head to a koala sanctuary or find themselves playing ‘Knifey Spoony’ we might even cover that as well. Catch you then.