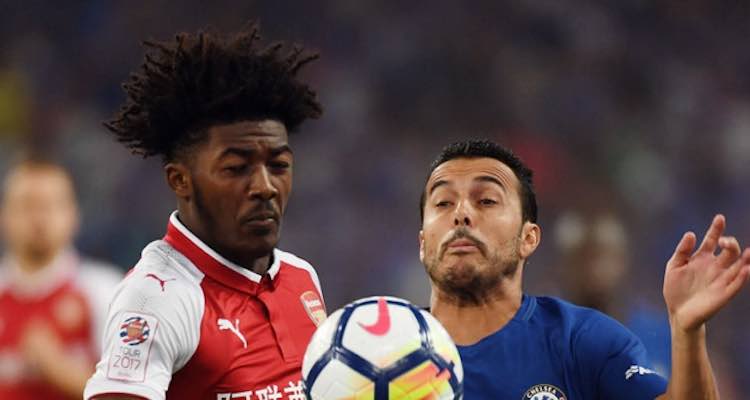 Hello, a very quick Sunday round-up because that’s all that we deserve today. I include myself in that, so don’t worry.

The overseas part of our pre-season tour ended yesterday with a 3-0 defeat to Chelsea in China on a pitch that looked like it was made of sponge covered in green paint. We looked tired, lethargic, and fairly ineffective, but I guess that the first two, at least, can be put down to two weeks of travel, intense training in difficult weather, and being physically spent – while the latter might well have something to do with that too.

I know some people were losing their reason over the result and the performance, but frankly I was sorry I watched it. Not because we lost or played badly, but there were probably better things I could have done with my time yesterday. In my opinion it’s nuts to draw any serious conclusions from pre-season games. I realise some disagree but there you go.

I saw something doing the rounds last night that yesterday was the first time we’ve lost a pre-season game since 2014, so that tells you plenty about how meaningful those results are. But look, if you want to broadcast your hot takes after game where were start Ainsley Maitland-Niles in our back three then be my guest.

We are a bit tired because we worked hard. Overall, we fly back tonight and we recover. It is normal that the players are a bit tired after two weeks of intense preparation. This week we had two intense games as well but for us it’s better than playing weaker teams. We had two big teams to play and it’s good to see the potential of everybody in these kinds of games.

And that’s really the only thing we can take from this tour. As I’ve said before, Wenger knows what his senior players are capable of, and in the four games we’ve played we’ve seen bits and pieces from some of the young players which will have an impact on their football next season. Some have done well, but are probably still too raw for first team football with us, others have had chances to impress and not done that, so may well find themselves out on loan.

We now return to the more temperate climate of England, a week of training ahead of the Emirates Cup next weekend, and while those games are also pre-season, there is a need to focus a bit more on the performance after the physical preparation and fitness work on the tour. We play Benfica on Saturday and Sevilla on Sunday, decent tests for the squad before it’s Chelsea again in the Community Shield the following Sunday.

Of course the manager was asked about the Alexis Sanchez situation after reports of PSG’s interest over the last few days. To say he was dismissive would be an understatement:

It is only media imagination.

And on whether it would be easier for Arsenal to sell him abroad rather to a Premier League rival:

No, it doesn’t make any difference.

It seems like we’re really digging our heels in here, and I’m on board with that 100%. Yes, we’ve been here before, but he seems so strident about the idea of not selling him that it would be a massive own goal to go back on that at this stage. It will rumble on and on until we actually hear something from Sanchez, and given he’s unlikely to say much while there’s still the possibility of a move somewhere, we’ll just have to put up with the stories.

The Mirror says that Alex Oxlade-Chamberlain’s refusal to sign two new deals offered to him has nothing to do with money. If that’s the case it’s about playing time, and perhaps his desire to be a central midfield player. The recent link to Chelsea is amusing in that sense. He’s not going to play in central midfield there, and if they really want him it’s probably as an upgrade to Victor Moses at wing-back.

Maybe Liverpool see him as someone who can do the job in that position, and while I really think we need to add a central midfield player to our squad this summer, I don’t see the Ox as the guy who can fill that gap with the requisite quality. I think he’s back-up to Bellerin right now, or an emergency option in the middle, so it leaves the manager with a big decision to make.

Is he the kind of player for whom we can turn down £25-30m if it’s offered? I don’t think he is. I like him, he’s useful, versatile, and a good character, but I just don’t think Arsene Wenger knows where his best position is, and heading into his seventh season at the club, that says a lot.

Right, that’s your lot for this Sunday, whatever you’re doing have a nice, chilled out day. More tomorrow.