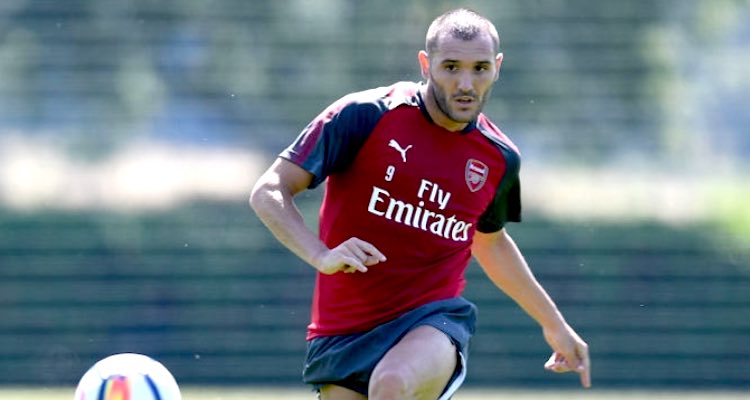 A very quick Saturday round-up for you as we head into two days of action-packed, exciting Emirates Cup action. With games against Benfica and Sevilla, there’s a decent level of of competition and quality this weekend.

The squad was announced yesterday, it is as follows:.

Obviously there are the additions of the new boys Lacazette and Kolasinac, but it’s a squad that looks very, very familiar. Perhaps the most interesting part of it is to look at who is not in it. There’s no room for Mathieu Debuchy or Carl Jenkinson, while Kieran Gibbs and Lucas Perez are said to be training alone, away from the main squad.

Quite why that is I don’t know. Even if a player is on the way out they’re usually not excluded in that way. In the case of the Spaniard, leaking stuff to the press about how cheated he feels and how upset he is that the squad number he doesn’t want anyway was given to Lacazette may have played a part.

His agent yesterday confirmed the offer from Deportivo la Coruña and urged Arsenal to get it all sorted out:

Arsenal know we want to go, that there are no opportunities here, and within a year there is a World Cup. Would you not be angry and sad and upset if you had your squad number taken without being asked? Deportivo made an offer a week ago. It is a permanent deal and worth more than Nolito’s move to Sevilla.

Quite what Nolito moving to Sevilla has to do with anything I’m not sure, but Deportivo have offered €9m for a player we paid £17m for last August. I do wonder if the fact transfer fees are usually paid in stages might provide some wiggle room when it comes to doing a deal with the Galician club, but surely we’re at a point now where there don’t appear to be any other interested parties, there’s some money on the table, we should get this one done and chalk it down to bad business and another reason why it’s better to avoid last minute shopping for the most part.

As for Gibbs, I wonder why he might have been sent to train alone. There was talk last week that we turned down a £10m offer for him, which didn’t quite make sense to me. He’s a bit-part player, has been for some time, he’s inside the last 12 months of his contract and we want to sell him. I know £10m doesn’t sound a lot in this current market but it’s about right in these circumstances.

Could it be that it was Gibbs who turned down the move, preferring to stay at Arsenal until something better or more lucrative came along? I don’t know, but it might go some way to explaining why he’s been cast aside after such a long time with the club.

There’s no place either for Jeff Reine-Adelaide, a player whose future is unclear after reports from France said Arsene Wenger wanted to get rid of him. There’s been nothing public about internal problems, but the fact he’s not taking part in the Emirates Cup suggests there might well be something going on there. All very speculative this morning, I realise!

In transfer news we’ve had another bid for Thomas Lemar turned down, this time £45m. I look forward to us making another bid in two weeks time which will be turned down. £46m. They must have a price at which they’d sell, let’s ask them what that is, perhaps.

It’s also whispered we’re after Jean Seri from Nice but we’re waiting on their Champions League qualifier with Ajax before we bid. The second leg of that takes place on Wed August 2nd, the first finished 1-1. Perhaps we might get a bit more from the manager over the course of the weekend about what else is going to be happening with this squad, both in terms of incomings and outgoings.

If you’re going to the Emirates Cup, have a fun time, we’ll have news, reports and info over on Arseblog News, and I’ll be back tomorrow with more here.