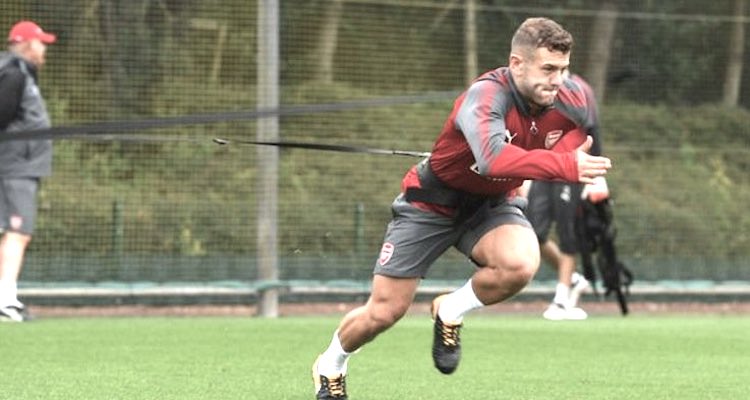 Oh. I have them now and now everything is in focus. There’s not much happening it’s fair to say. We’re preparing for another pre-season trophy push as the Emirates Cup takes place this weekend and if we can add that to the International Champions Cup and the Taking Part Is A Trophy In Itself Chalice that should really silence all the doubters.

We have games against Benfica and Sevilla, and Mesut Ozil says:

We want to test ourselves against big teams and if we play against strong opponents where we can show what we can do, it does the team good.

They are two technically-gifted teams who will give everything. Our aim has to be to get positive results against them and that’s what we want to do in the Emirates Cup.

Up to now pre-season has been mostly about fitness and conditioning, preparing the players physically for the new season. And while there’s still a need to take these games in isolation, we have three fixtures before the Premier League begins: the two games this weekend then the Community Shield against Chelsea, so they have to be used to help get the team ready for the ‘opening day’ showdown with Leicester.

Four players returned to first team training yesterday. Hector Bellerin, Calum Chambers and Rob Holding all returned late after their adventures at the European U21 Championships, so will be a bit behind in terms of the physical preparation, while also back on the Arsenal training ground was Jack Wilshere.

I know there have been all kinds of reports about how we’re willing to let him go, but I’m curious to see what Arsene Wenger has in mind for him. I wrote earlier in the week about our need to make an addition in central midfield, but the rumour mill has been relatively quiet in that regard.

One player we did have a big interest in, Leon Goretzka, looks to be heading for Bayern Munich (before they loan him to StuffenDuffen for a year or something), and there were some whispers about Jean-Michael Seri from Nice doing the rounds yesterday. Tim from @7amkickoff has a nice statistical look at him, by the way. He’s certainly a very interesting player but hardly one that’s un-gettable if we really want him and thus far we don’t appear to have done too much about it.

As for Wilshere, I don’t think Wenger would be foolish enough to be reliant on him. His injury record would make that a poor strategy indeed. My own feelings were clear in the post linked above, but I do wonder if the manager might just view him as someone who would add some depth – particularly if he’s minded to let Mohamed Elneny leave.

As is the case this summer though, there are so many question marks over so many players, it’s hard to work things out. On an individual, case by case, basis you can make a good argument as to why we should let this guy go and let that guy go, but in the overall picture it’s a little more difficult because clubs rarely jettison that many players in one transfer period. I suspect some of the players we think are certainties to leave will be still at the club when the window closes.

Speaking of which, Carl Jenkinson, Mathieu Debuchy and Kieran Gibbs are all in the squad to play National League side Boreham Wood tonight. You’d imagine that playing tonight precludes them from being in the Emirates Cup squad, and that certainly tells you a lot about how they’re viewed by the manager. Again though, the way the transfer market works, we might have to wait until close to the deadline to see them move, although we really should be doing everything we can to get what we can for them and get them off the books as quickly as possible.

Interestingly, also in the squad for tonight’s game is The Jeff. There have been some suggestions he’s on his way back from injury, but you’d have thought a bit of playing time in the Emirates Cup would be good for him. A few weeks back I read something from France Football (I think) that said Arsene Wenger had decided to let him go, hinting perhaps at some disciplinary issues behind the scenes that had made his mind up in that regard.

There have already been a number of departures from that level, with Chris Willock, Kaylen Hinds and Dan Crowley all moving on, and it seems likely someone like Chuba Akpom has hit his ceiling with us too and will be allowed leave. Let’s see if The Jeff is another one who’ll be on his way before the end of August.

Right, that’s that for this morning. All going well James and I will have an Arsecast Extra for you later this evening, so keep an eye on Twitter @gunnerblog and @arseblog for the call for questions/topics.

The Academy can produce players, but also generate more revenue

Pre-season game of genuine interest today + Ramsey on his contract