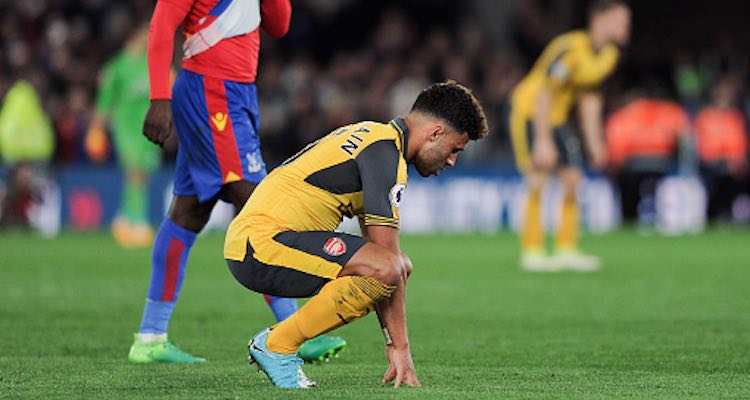 Another pre-season friendly today as we face Bayern Munich in China. The manager spoke a little about what way he’s going to approach this game, and the one against Chelsea on Saturday, and it seems there’s more to these fixtures that a commercial kickabout.

Talking about the difference between the games in Australia and the ones in China, he said:

In the first two games we focused mainly on attacking and in the second part of the tour we will have to focus on defending and attacking because we play against two big opponents. The expectation is to deal with a quality game and to come out of the game with more confidence.

Given how often he’s spoken of the damage inflicted by the 10-2 aggregate defeat against Bayern last season, and the impact he felt it had on his squad, that’s an interesting way to approach this one. We’ll see if his team selection reflects that because, with all due respect to the Egyptian, playing Mohamed Elneny at centre-half today would suggest we’re not taking this as seriously as we might.

If we see a back three of Mertesacker, Koscielny and Monreal, perhaps with Oxlade-Chamberlain and Kolasinac in the wide positions, then we’ll have a set-up that could easily translate itself into the new season. The game kicks off around 12.20 UK time, so we’ll see what happens there.

Meanwhile, the Alexis Sanchez situation has been given some more clarity as the manager once again reiterated the club’s willingness not to sell the Chilean. There are reports of renewed interest from PSG, as well as domestic clubs who covet him, but Wenger said at a press conference yesterday:

The decision has been made and we will stick to that – the decision is not to sell.

That’s really as definitive as you can get. Of course, people will remember the manager being pretty strident about how we couldn’t sell Cesc Fabregas and Samir Nasri, and both of them went, and he was asked about similarities between this situation and that of Robin van Persie. He had this to say about that:

Van Persie was 30 to 31 when he left and had only one year of contract. Alexis is younger.

Now, the first thing to point out is that the Dutchman had just turned 29 when he was sold. The financial circumstances were a bit different then too, but I wonder if in Wenger’s mind he’s a little confused about the age thing. I know I’ve spoken about it on the Arsecast before, but I was told at the time of the sale that the manager reckoned van Persie had ‘maximum’ 18 months left at the top level before he’d start to decline.

That proved pretty much the case, so I wonder if that’s what got him mixed up with the age thing (conflating decline with a specific age – his football age, as Tomas Rosicky used to say!). Does it suggest that they think Alexis is not going to suffer in the same way? He turns 29 in December, and has played almost non-stop football since he joined us in 2014.

Whatever they’re thinking there, I’m on board with keeping him, even if it means losing him for free next year. I don’t think we can replace what he gives us on the pitch with whatever transfer fee we might get for him this summer, nor do I have any real worries about his commitment if he does stay. I think keeping him shows there’s been a change of focus for this club, prioritising the sporting ability of a player over his cash value.

Where I would have some worries is that we have too many other players in this situation. Mesut Ozil, Alex Oxlade-Chamberlain, Jack Wilshere, Kieran Gibbs, Wojciech Szczesny (on the verge of a move to Juve as we know), Mathieu Debuchy, and Carl Jenkinson are all into the final 12 months of their deals. There have to be serious questions asked as to why so many players are in this contractual limbo, so to speak, but beyond that there surely must be a need to recoup some value from some of them.

Those who are bit-part players, injury cases, fringe performers at best – it becomes difficult to get anything significant for them. Ozil and Oxlade-Chamberlain though have substantial value now, and I don’t think Arsenal as a club can let £100m worth of talent (on this summer’s prices I think that’s a reasonable valuation for all three, including Sanchez) leave for nothing next year.

I’m somewhat confident Ozil will sign a new deal, but the noises from the Oxlade-Chamberlain camp suggest agreement is a long way away. Is what he can give us on the pitch worth writing off £25-30m for? It’s hard to make the case that it is, much as I like him. He wants to play as a central midfielder, which is almost the last place the manager seems willing to field him.

I wonder if his situation is being influenced by that of Hector Bellerin, in that the Spaniard is away on extended holidays after the European U21 Championships. That means he returns late, and needs more time to get ready for the new season. With Debuchy and Jenkinson on the way out, that leaves us short of an obvious at right wing-back, bar the Ox.

So, are we keeping him because we want him to play a few games in a position he doesn’t want to play in before replacing him with our first choice there? In the long-term we’re going to need some competition/depth in that position anyway, so perhaps the best thing to do would be to sell Oxlade-Chamberlain and use some of that money on a right sided defender.

I’ve been encouraged by a lot of what we’ve done this summer, in terms of on and off field recruitments/changes, but it’s clear there’s still a huge amount of work to do between now and the end of the transfer window. I would have said ‘between now and the start of the new season’, but the reality of the market is that it operates until the end of August and a lot of business tends to get done in the final week or so.

We obviously need to be as ready as possible for the kick off, but we’re going to have to work simultaneously on doing deals until the window closes. It’s not always been our forte, but let’s see how we go.

Right, we’ll have all the Bayern stuff, reports, goals, and post-match info over on Arseblog News later on, so join us for that. More from me tomorrow.

Just a quick update for those of you wondering about the mailing list. We are trying to get things up and running again, and hopefully we’ll have a solution in the next few days. Apologies for the inconvenience.